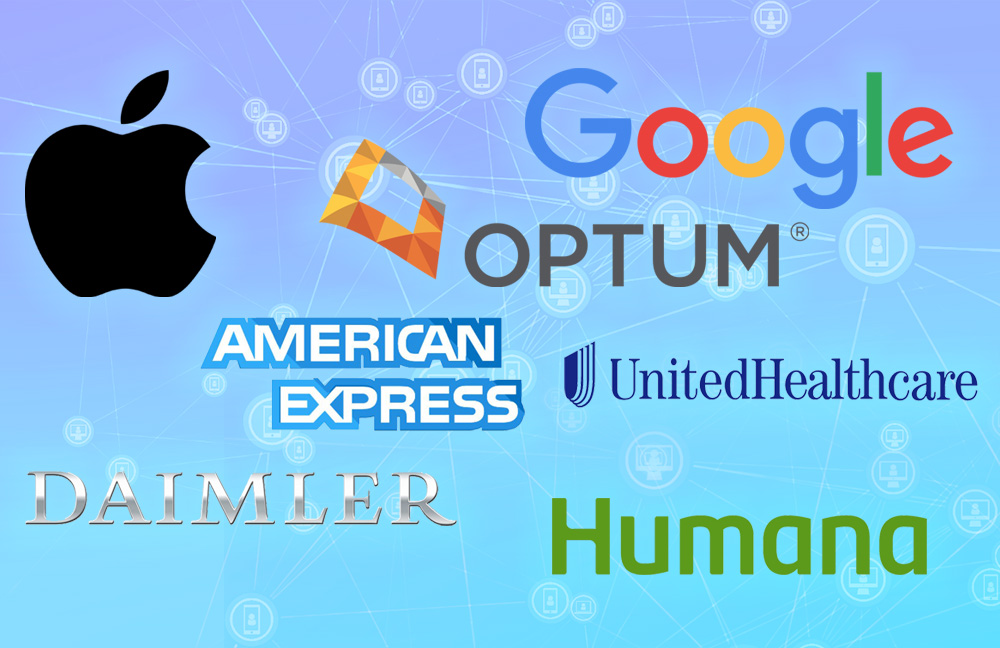 Public companies are increasingly dipping their toes into the blockchain waters. Some, like Overstock and Walmart, have made it known they are using the technology to better their businesses, whether it be through cross-border transactions or improvements to the supply chain. In addition to Overstock and Walmart, other publicly traded companies are working on integrating blockchain solutions into their businesses.

Here are five public companies that could be using blockchain in their daily operations by this time next year:

Blockchain technology could support Daimler in many areas. The company is working to become more environmentally sustainable. The company has launched a pilot project to be more transparent about its carbon-emissions. The blockchain is used to track emissions along their entire supply chain of their electric vehicles. These initiatives are helping Daimler achieve its goal of becoming carbon neutral by 2039.

In addition, Daimler is already integrating blockchain technology into its business practices. In conjunction with Chinese automaker BAIC Motor, Daimler will use a blockchain solution to track the value of used cars in real-time.

Apparently, the secretive tech behemoth already has extensive blockchain research going on at its headquarters in Silicon Valley. Google is currently working with Ethereum on hybrid cloud-blockchain applications that utilize Google’s unparalleled tech resources and tools in a blockchain setting. This allows Ethereum app developers to utilize information outside of the Ethereum blockchain.

What would happen if Google were to go all-in on decentralization? This question might be answered sooner rather than later. Rumor has it that Google is working on its own distributed digital ledger that could blow all the others out of the water.

Google has already filed several blockchain patents that it plans to use for a tamper-proof auditing system along with its cloud computing solution.

Could blockchain technology be coming to your iPhone? That’s what Apple customers were wondering after the company laid out its intentions to further develop their blockchain technology. Back in 2017 the company filed a patent for timestamping data in conjunction with a blockchain and public key infrastructure (PKI). The company’s vice president Jennifer Bailey has also been outspoken about her support for cryptocurrencies, noting, “We’re watching cryptocurrency. We think it’s interesting. We think it has interesting long-term potential.”

Apple is also committed to ensuring a transparent supply chain for all of its products. In a recent document entitled, “Summary of Apple’s Commitment to Responsible Sourcing,” the company described ways in which it’s seeking to create processes to confirm a more responsible supply chain. The paper also describes the company’s use of blockchain in these efforts.

From this information, it appears to be only a matter of time before Apple announces its own blockchain project to compete with industry leaders.

These American healthcare conglomerates are looking to tackle their own inefficiencies. They, together with several others, have created an alliance to build a blockchain solution for the healthcare industry. As one senior engineer at Optum put it, “I think the alliance is one of the first, if not the first, national blockchain alliances for healthcare.”

The healthcare system is currently bifurcated, with each insurer and provider maintaining separate medical records. This inefficient process comes at a high cost, with an estimated $2.1 billion spent annually just on obtaining and maintaining provider data. As a result, the pilot program designed by this alliance seeks to share data between the companies via distributed ledger technology, thereby increasing data accuracy, and streamlining administrative processes to improve the quality of overall care.

This comes at an important time for the healthcare industry, as private providers are under attack from those who seek a universal healthcare system to replace the current market.

Best known for its credit card services, American Express is testing the use of blockchain in its credit card rewards system. Using a solution developed by Hyperledger,  an umbrella project of open source blockchains and related tools, American Express wants to better tailor rewards for their customers and provide a more personalized service. The company had already filed several patents for this technology.

American Express has filed other patents using blockchain technology. The most notable is a patent for a proof-of-work payment system to encrypt payment information from a merchant and then decrypt the data on a second blockchain node, which could be retrieved by any smart device. It’s unclear if this patent will be used in the company’s credit card rewards system or in another part of their business.

The company is also exploring using blockchain for B2B payments, most notably, cross-border transactions. By using digital identities, American Express can better comply with know-your-customer (KYC) and anti-money laundering (AML) regulations while providing faster service than ever before.

Blockchain to the Mainstream

It’s one thing for blockchain solutions to be utilized by startups and new projects. But as risk-averse Fortune 500 companies increasingly utilize blockchain technologies in their day-to-day operations, it adds a layer of credibility that promises to meaningfully contribute to the progress of the whole industry.