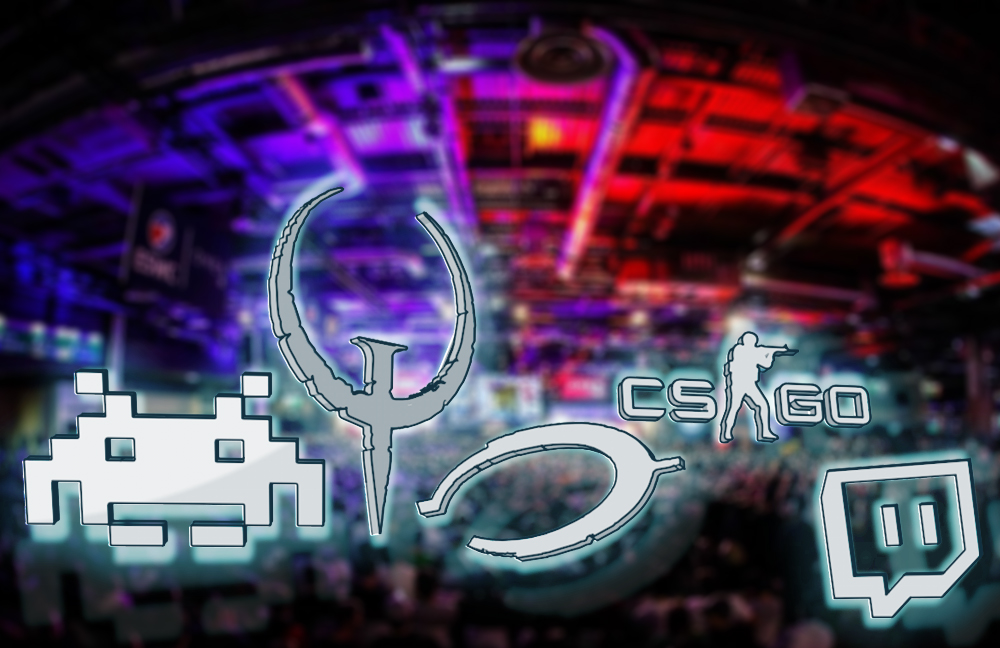 According to Statista, Poland’s 2017 Intel Extreme Masters Katowice played host to over 46 million unique viewers who watched action unfold in popular titles that included Counter-Strike, League of Legends, and StarCraft. Esports is no longer an also-ran in the world of sports, and even ESPN is starting to acknowledge the legitimacy of esports leagues around the world.

Esports is much younger than almost every other sport that has this level of popularity, yet it has covered an incredible amount of ground from its relatively inauspicious beginnings. The first coverage of esports can be found in Life and Time magazine articles, which date back to the 1970s and 1980s. Since then, dramatic developments in video games and related technologies have spurred growth in this still-burgeoning form of entertainment.

Esports has grown in popularity and renown in recent years due to games such as Overwatch and Fortnite, and due to growing demand for streamed video game content, such as Twitch streams. In 2014, Twitch ranked 4th in peak Internet traffic, ahead of sites like Facebook and Hulu. However, the roots of esports stretch all the way back to the 1970s.

The first known video game competition took place in 1972 at Stanford University, and players battled it out in an early science fiction combat title called Spacewar!. The prize was far from the multi-million dollar prize pools seen today in high-profile tournaments – the overall winner received a one-year subscription to Rolling Stone magazine.

In these pre-internet days, competitions were almost exclusively held on-location, usually video game arcades, and players would usually take turns on one video game unit, each attempting to achieve the highest score.

The 90s – The Advent of the Internet

Location-based, arcade game competitions boomed following the release of the 2D head-to-head fighting game Street Fighter II in 1991, but the general adoption of the internet would change the paradigm completely. Barriers to entry for online competitive play were initially high due to limited access to personal computers and still-nascent connective technology, but those able to use an internet-ready device and an appropriate game title, such as Netrek, formed the vanguard of what is now the most popular form of competitive gaming.

The iconic online title Quake was released in the 1990s and was the feature title in the Red Annihilation Tournament held in 1997. Red Annihilation saw nearly 2,000 participants compete online for a chance to take part in 16-player offline finals in Atlanta, Georgia. The winner, Dennis “Thresh” Fong, is recognized by The Guinness Book of World Records as the first professional videogamer and won $5,000 and a 1987 Ferrari 328 GTS which belonged to id Software (developer of Quake) CEO John D. Carmack.

The nineties played host to the initial releases of Warcraft and Starcraft, both of which would go on to become globally and massively successful online franchises. The latter in particular would contribute to the evolution of large-scale esports tournaments and high-profile eSports teams.

This era saw the establishment of notable tournaments and organizations such as Quakecon, Cyberathlete Professional League (CPL) as well as its online counterpart Cyberathlete Amateur League (CAL) and the Professional Gamers League. In spite of a major boom, the internet was still relatively undeveloped in the nineties, with most connections around the world still being dialup-based. These connections were of course incredibly slow by today’s standards, and could lead to both latency issues and excessively high telephone bills for players in regions that did not have unlimited usage plans.

2000-2010 – Broadband, Consoles, and the Proliferation of Online Games

In the early 2000s, popular games, such as Halo, released on the Xbox gaming system (rather than PC), helped the first-person shooter genre truly enter the mainstream, as it was introduced to the large console-gaming crowd.

Another game that benefited from the introduction of fast internet connections was Counter-Strike, which graduated from a Half-Life mod to a standalone title in 2000. This was one of the earliest team-based online shooting games and was an instant hit with millions of copies sold and tournaments reeling in millions of viewers.

The 2000s were a truly fertile decade for the video game industry as a whole. Growth was spurred by significant technological advances such as broadband and HD TV, two new generations of video consoles and handhelds, and the introduction and proliferation of smart devices in the latter half.

Many successful tournaments and organizations were founded in the 2000s, including Major League Gaming (MLG), World Cyber Games, and Intel Extreme Masters (IEM). MLG and IEM still rank among the most popular tournaments in 2018.

2010s-Present – The Rise of Streaming, and Esports Reaches Mainstream

Esports experienced a growth spurt in the 2010s thanks to a new medium that had its roots in the 2000s: streaming platforms, such as YouTube and Twitch. YouTube was founded in 2005 and Justin.tv, which would go on to become Twitch in 2011, was founded in 2007.

Esports would not have attained the scale of popularity that it has today without streaming platforms like Twitch, which allow anyone, anywhere in the world, to connect right into the action from their homes, and enable video game streamer celebrities to develop followings. Once major esports events began to be streamed, viewership skyrocketed into the millions, creating more awareness and engagement in esports than ever before.

Twitch users stream hundreds of millions of hours of content every single week. One of the most streamed channels on Twitch includes FACEIT TV, which provides steady streams of live Counter-Strike: GO events and tournaments. These streams rack up millions of active viewers and are a huge contributing factor to the growth in popularity of CS:-GO-based esports events. For more detail about Twitch’s rise to prominence, see our article ‘The Rise and Importance of Twitch in eSports’.

Esports viewership has grown to the point where men aged 18-25 watch more eSports than traditional sports. Esports teams and leagues are receiving sponsorship from major companies like Coca-Cola, Red Bull, Mercedes-Benz, and Airbus, and high schools and universities are forming teams and offering scholarships to attract talent eAthletes.

As we’ve seen, a number of key factors besides game content significantly contributed to the growth of esports, such as the internet, new generations of video game technology and streaming sites. So what will be the next major catalyst for growth? One potential candidate is augmented and virtual reality (AR/VR) technology.

Echo Arena has brought to market the first competitive gameplay using VR in which teams of three are battle in a sports arena similar to the battle room in the novel Ender’s Game. This new type of engagement makes use of players’ actual physical movements, and has the potential to bring both the players and spectating audience together in the virtual game space.

Whatever the next driver of growth in the competitive gaming industry, there is every reason to believe that in this case past performance will be indicative of future results, and that new developments and innovations will continue to push the industry from strength to strength. Even without allowing for unexpected technological or sociological change, Statista has projected that the esports industry will be worth over $1.65 billion by the year 2020, but there is still time yet for an unexpected paradigm shift that could take it even higher.