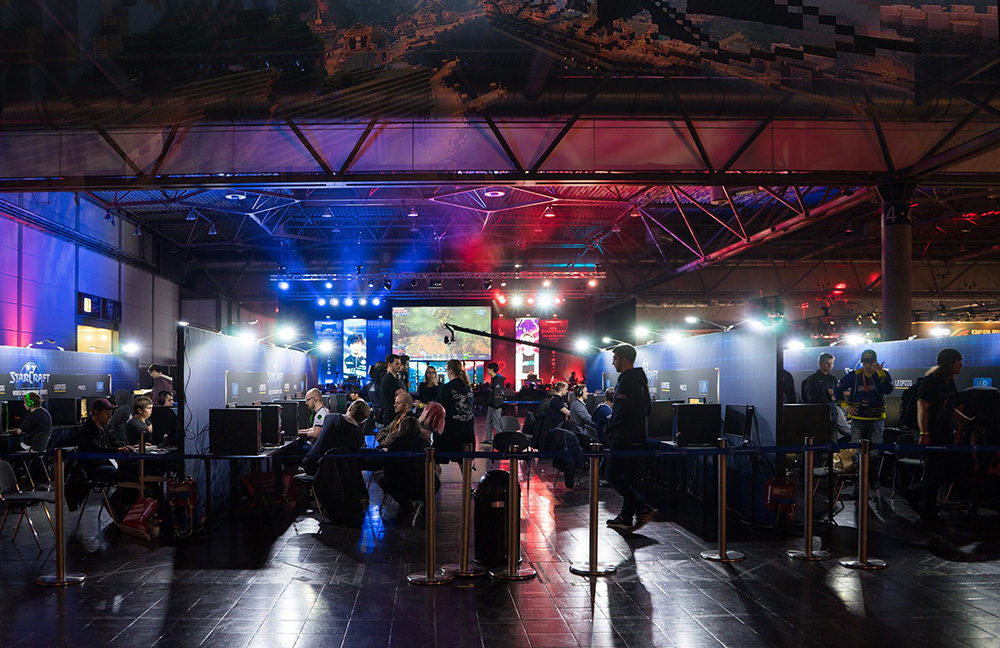 Anyone who aspires to make a career as a professional gamer faces a truly challenging task. For one thing, competition is fierce: there are thousands of gamers fighting to be recognized as the best at what they do and play video games for a living. Of course, the more lucrative the prizes for any given game, the more competition an individual will face. Establishing an edge with which to succeed requires not just talent, but discipline, dedication, and very specific training.

Many pro players practice their game of choice for well over ten hours every day, honing their skills either against live players online or in practice modes. While most professional gamers are initially drawn by their enjoyment of video games, the practice and work required goes well beyond what could be considered ‘fun’ for the average person. Would-be eAthletes must improve every aspect of their gameplay in order to gain a competitive edge.

In addition to time spent practicing in-game, aspiring eSports champions must devote significant amounts of time out of game building deep understanding of game details and mechanics, for example by browsing forums and online statistics to work out say, the best possible team compositions, character matchups, or map tactics. Returning to the same title each day requires discipline, particularly at times when motivation is lacking.

Discipline and dedication are necessary pre-requisites only, and those who seek to play at a professional level need to undergo a rigorous training in order to build the skills required to play in the big leagues. In this article, we will take a look at some of the resources available to aspiring and pro eAthletes.

The internet hosts a wide variety of resources for those who find online tutorials an effective way to learn. YouTube is arguably the most widely used source for gameplay tutorials; from old-school classics to the latest popular games to, from beginner to pro level, YouTube’s gaming content includes a wide range of tutorials, tips, guides, and walkthroughs that can give the eAthlete-in-training a leg up.

In addition, a number of notable professional eSports players show off their skills and provide tips to help other aspiring players on their YouTube or Twitch channels. This win-win relationship helps players of lower ability while increasing subscribers and views for the pro players.

For those willing to invest cash in their training, several online sites such as Udemy and CoachTube offer pro-gaming-related courses. While quality and mileage may vary from case to case, these courses often come with video guides and instructional demonstrations.

Not all games are team-based, but training as part of a team can provide serious gains in playing ability. Forming or finding a team of friends to play with can help not only to improve gaming ability, but also to develop an understanding of different play styles and the psychological aspects of playing against other humans. While o simply engaging with the broader online gaming community does offer benefits such as engaging with a broad range of play styles and ability levels, team mates can take the time to break down and work on specific elements – something that is generally not possible in simple matched online gameplay.

Teams may be formed by enlisting friends, meeting like-minded players in game lobbies or forums, or via community Discords or TeamSpeak servers. Players who are able to secure a sponsorship deal may gain access to a stable of similarly sponsored colleagues to train alongside.

Coaches are an increasingly popular resource for one-to-one and specific eSports training. Coaches maybe found by searching online, but titles such as Valve’s shooter Team Fortress 2 now include inbuilt coaching systems which allow adept players to lend a hand to those seeking assistance.

The massively popular battle royale game Fortnite recently made headlines when it was discovered that there were cases of parents hiring professional coaches to help their children improve at the game. Coaches typically charge an hourly rate for their services, working on anything from basic mechanics to advanced techniques, and can be found across almost every game that has ties to the eSports industry.

For a fee, sites such as Gamer Sensei are a resource to find personalized coaches for a range of games and skill levels. The cost of employing a coach can quickly add up, however, as more experienced coaches charge upwards of $30 per hour.

A number of colleges now offer courses in esports, allowing players to learn about and develop a professional gaming career while still in education. Researching nearby colleges may yield more results than expected, as more and more facilities are helping to bring what was until recently only a childhood dream into reality. In North America, an array of institutes also offer Varsity Esports programs for their students to compete outside of their regular studies.

A small, but growing number of colleges offer esports scholarships, some of which can reach as much as $24,000. As colleges compete for the most able players, some of these scholarships vary in value depending upon a particular player’s skill level, such as the Southwest Baptist University’s esports scholarship. Others, such as the New York University Game Center, partner with major tournaments in order to attract and nurture players of particular games or genres, in this case Evo and the fighting game genre.

A full list of esports scholarships currently available in the US can be found here:

Dedicated training facilities funded by professional gaming teams represent the ultimate esports training resource, but are available only to a select number of the very best players of certain games. Advanced training grounds are available to those fortunate enough to secure a position on one of the larger eSports agencies such as Cloud9, TeamSoloMid, or Team Liquid.

These state-of-the-art team facilities provided players with best-in-class training and practice. Participating teams have access to custom training facilities equipped with the most powerful PCs or consoles on the market, alongside relaxation areas, and full catering services designed to create the optimal training environment. Some locations, such as Team Liquid’s training grounds in Santa Monica, contain amenities such as a film room equipped with a 120-inch screen for players to review previous matches, research competitors, and have their coaches critique past performances. Interactive tablets are used to dictate notes and mark gameplay footage, allowing for detailed analysis much like professional football teams.

Some facilities, such as those of the Overwatch League teams, provide living quarters to maximize access to training access and give teams a chance to bond and maintain motivation outside of training. The players in Team Liquid have access to a nutritionist, sports psychologist, and are given gym passes, in an effort to keep the gamers healthy and active outside of their stressful, but relatively sedentary day job.

The quality of eSports resources available improves with the level of commitment, financial and otherwise, that a player is able to apply. Given the level of competition and the level of ability required to truly stand out against other competitive players, serious aspirant and pro players make use of all available resources, but all of this will be for nothing without discipline and dedication.