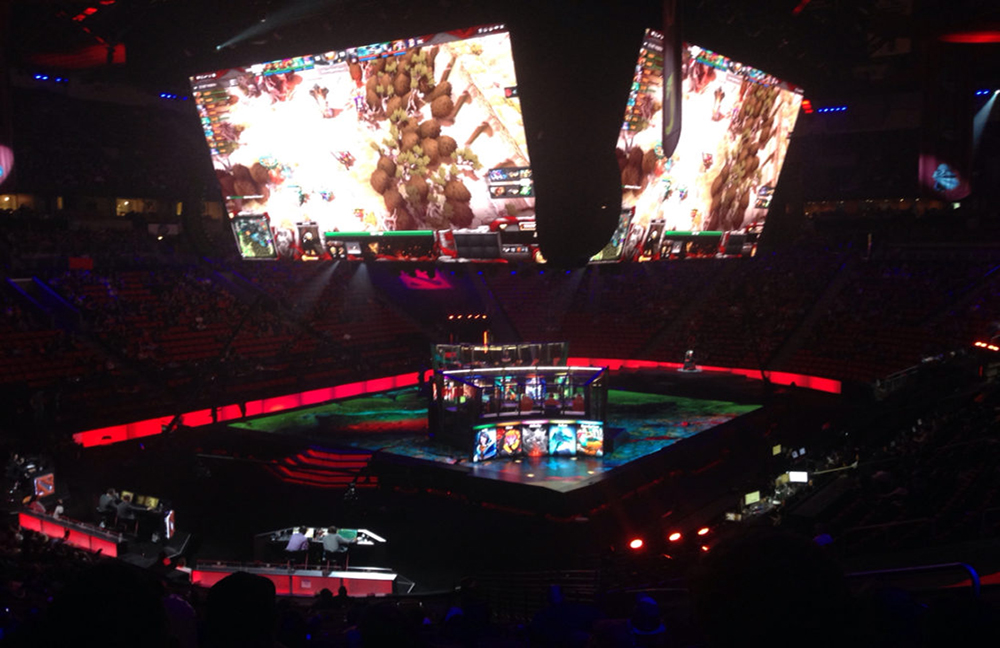 The professional esports players of today are predominantly teenagers and young adults who make a living competing and or streaming, either as an individual or as part of a team, often with thousands of dollars on the line. In the cases of the big three esports games, Overwatch, League of Legends, and Dota 2, some players and teams even have support staff comprising of coaches, trainers, nutritionists, psychologists, life coaches, and so on.

As this relatively new industry continues to grow and develop, professionalism and regulation of issues such as misconduct, racism, verbal abuse, and match-fixing become ever more important. However, presently there is no centralized governing body to provide uniform standards, as is the case in many other professional-level sports. The onus of defining and policing standards and regulations therefore falls to individual organizers. The companies responsible for the three big games – Riot for their MOBA game League of Legends, Blizzard for their shooter Overwatch, and Valve for their MOBA Dota 2 – are still testing various approaches to understand what works and what doesn’t. This experimentation has led to drastic disparities between how each of these three developers handle the issues of professionalism, or rather the lack thereof, among their professional player bases.

Riot and Blizzard: Taking a Stance

For example, Blizzard and its Overwatch League recently made headlines regarding their fining and suspension of players. As recently as March 2018, the Overwatch League handed out what they referred to as “disciplinary actions” to a number of players for a variety of reasons. Among those involved were Dallas Fuel members, Timo ‘Taimou’ Kettunen and Félix ‘xQc’ Lengyel, Tae-yeong ‘TaiRong’ Kim of the Houston Outlaws, and Ted ‘Silkthread’ Wang of Los Angeles. The types and severity of the punishments differed per player, but xQc received easily the harshest of them. xQc received a four-game suspension and a $4,000 USD fine for using an emote “in a racially disparaging manner”.

But Blizzard was by no means the first company to take player behavior seriously. An example of this is Riot, which has a strict requirement that professional League of Legends players serve as positive role models for their communities.

Just under six years ago, Riot made an example out of Christian “IWillDominate” Rivera. At the time, audiences were waiting in anticipation for the release of the new League of Legends competitive system, the Legends Championship Series (LCS), and IWillDominate was on good form as Jungler for Team Dignitas. However, even before the season got underway, Riot banned IWillDominate from competing professionally due to his “persistent tendency to engage in verbal abuse and insults”, effectively putting the kibosh on his budding career.

Over the years since then, Riot have punished other delinquent professional League of Legends players, as well as prominent personalities, the most visible of those being the notoriously toxic streamer Tyler “Tyler1” Steinkamp.

Unsurprisingly, these companies that run their own professional leagues impose and enforce the most exacting professional standards, and thereby help stabilize the competitive scene.

Conversely, Valve has long taken a more hands-off approach for Dota 2, preferring to be more reactionary than proactive, particularly with regard to community matters. In fact, Valve’s policy on toxic behavior borders on complete disregard, even among professional Dota 2 players. Whereas Riot and Blizzard hold their professional players to high levels of accountability, Valve does no such thing.

Moreover, prior to the 2017-18 Dota Pro Circuit, Valve’s organization of its competitions was far than ideal. The company did not have a clear schedule for the year. Prior to the introduction of Valve’s Majors tournaments back in 2015, Valve was almost entirely uninvolved in managing or supporting competitive matches, save for occasionally working with tournament organizers, and while preparing for The International, Dota 2’s largest annual tournament.

It would seem that Valve takes action regarding professionalism only when there is a public outcry, and even then, it is not a certainty. For over a year now, the professional Russian Dota 2 player Vladimir “Chappie” Kuzmenko has been subject to much scrutiny for throwing games, either by feeding – intentionally dying to the enemy team over and over again – or just going AFK (“away from keyboard”), so putting his team at a disadvantage. And he’s not alone. Even more prominent players such as Virtus.Pro’s star mid laner Vladimir ‘No[o]ne’ Minenko has a reputation for toxic behavior during public games, as well as for throwing games for the sake of it.

Valve has no problem permanently banning players who engage in match-fixing, but this is not enough. In order to increase professionalism and mainstream acceptance of esports, they must start with the people who are essentially the public faces of the industry – the players.

Due to the absence of a centralized governing body or bodies to oversee competitions, esports is still ‘fragmented’ compared to sports such as like basketball, football, and baseball. In basketball, for example, the NBA, the world’s premier basketball league, operates under a uniform set of rules and standards and players are expected to maintain certain levels of professionalism league-wide.

In contrast to this and typical of the norm in esports, Counter-Strike: Global Offensive has a number of professional leagues and tournaments, including ESL Pro League, DreamHack, Intel Extreme Masters, and more, each of which has its own set of rules and regulations.

However, efforts to standardize professionalism in esports are emerging. South Korea, one of the world leaders in esports, is home to a national esports federation known as the Korean esports Association (KeSPA) that helps manage and organize Korean esports events.

What eSports Need to do Going Forward

As eSports offers increasingly viable career paths, the number of professional esports athletes continues to increase. However, as the scale and profile of the industry grow, so too does the scrutiny to which players and organizations are subjected. They become public figures, representing teams, cities, brands, nations, and even the entire esports community. With this should come a degree of professionalism and standards of conduct that many still seem to lack.

Of course, the industry and players are young, but that’s not a valid excuse. At a professional level, it’s no longer just a hobby, and it definitely is not just playing video games. It becomes their job and, for many, their primary source of income.

Misconduct is and will always be a part of any kind of sport, even more so in video games where the veil of pseudo-anonymity facilitates behavior such as throwing profanities at total strangers. Professional esports athletes are the most visible representatives of the industry, regardless of which game they may play, and they should be held accountable for their actions, just as professional athletes in other, established sports are held to a higher standard as role models for society.

Establishing this professionalism in esports will require more than individual organizers applying reactive regulations and enforcement such as fining, suspending, or banning players for misconduct, but these steps are a good start. A centralized, standardized application of industry-wide rules and regulations might be the ultimate solution, but it is the present day actions of organizations such as Blizzard and Riot that will most likely pave the way to this in future.