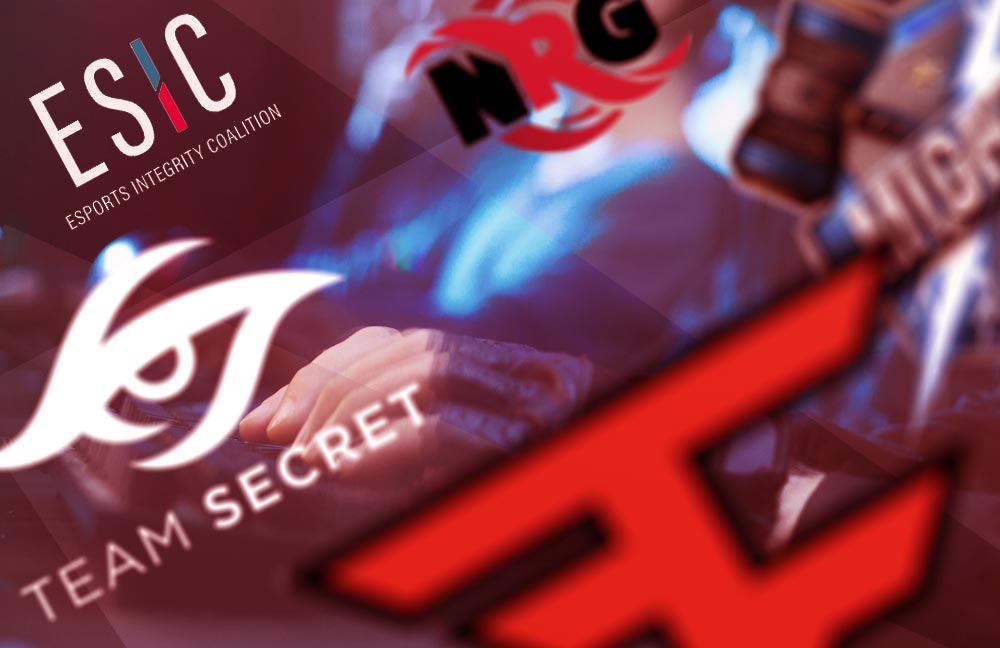 All new industries experience growing pains, and problems arising from legal issues are particularly common. In many cases, the legal learning curve broadly follows those of similar businesses and industries; the still young esports industry is already dealing with many issues that plague established sports, but the situation is complicated by the lack of any dominant governing body or standardized regulations.

The esports industry today is worth $1 billion, the top five esports games pay out over =$400 million in prizes, and top tier esports athletes can earn millions of dollars. With this much money at stake and so little oversight or regulation, high-earning esports players require adequate representation now more than ever.

The requirement for legal protection has been highlighted by a number of cases in recent weeks. At the time of writing, a former coach has filed a suit against NRG Esports for unpaid salary; Team Secret settled a payment dispute and reshuffled its management team after players claimed they were owed their tournament winnings; Korea’s top Overwatch team recently complained of poor living conditions and abuse from their management, and Turner ‘Tfue’ Tenney recently sued team FaZe Clan claiming that his contract with them is overly oppressive, unconscionable, and blatantly unfair.

A number of organizations have begun efforts to implement standardized regulations, such as the Esports Integrity Coalition, which has created a code of ethics, procedures to promote fairness, reporting requirements, and a list of known cheaters. A number of player associations such as NALCSPA have been established to ensure fair contracts for their members. Laudable as these efforts are, they are still in their infancy in terms of reach and efficacy, and the fragmented nature of the approaches means inconsistent application.

Presently, only a small percentage of players are represented by an attorney or a professional manager, and many of the athletes are very young. In most cases, young players do not have the experience to fully understand the provisions and implications of contracts, making the need for the support of an attorney or manager even greater.

To avoid potential contract disputes, it is critical that players engage attorneys early in contract discussions. A whole host of potential legal issues can be avoided with sufficient advance diligence. Having an attorney review and negotiate contracts can go a long way toward ensuring a level playing field. Moreover, experienced legal professionals who are familiar with esports contracts, industry standards, and potentially lucrative areas of opportunity such as streaming, sponsorship, and licensing has a much greater chance of negotiating NRG Esports for players.

Esports is still young, developing, and fraught with potential pitfalls for all industry actors, not least the players. Until governing entities and standardized regulations are put in place to protect esports athletes from issues such as unfair contracts and playing conditions, the only parties looking out for the players are the players themselves, and support from experienced professionals is critical.