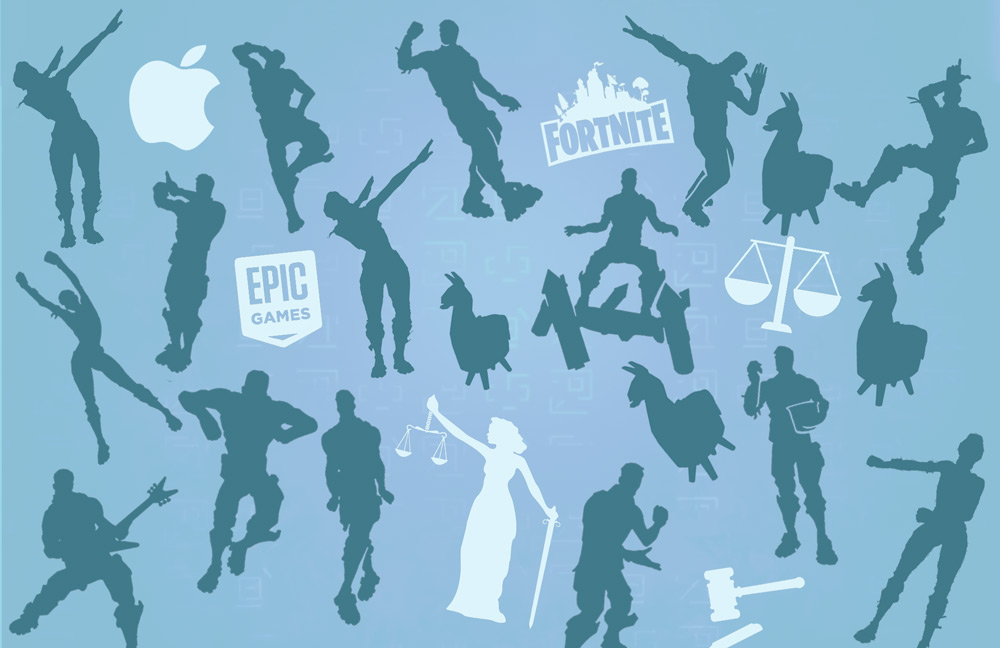 In the latest development in the Epic Games v. Apple battle, Apple has slapped Epic with a counterclaim. Apple is now suing Epic for its “open, admitted, and deliberate breach of its contractual obligations and the cold-blooded launch of its ‘hotfix’” – meaning, Epic’s circumvention of Apple’s In-App Purchase feature.

In the counterclaim, Apple dramatically labels Epic’s hotfix “a Trojan Horse”. When Epic submitted Fortnite Version 13.40 for Apple’s review (as required by Apple’s developer terms), the build included a new payment interface – the “hotfix” – which queried and imported data directly from Epic’s servers to the app. When Epic submitted Version 13.40, query results showed that Apple’s In-App Purchase (“IAP”) was the only available payment option for in-app purchases.

On August 13 – “in the dark hours of the night,” according to the filing – Epic CEO Tim Sweeney emailed Apple stating, “Epic will no longer adhere to Apple’s payment processing restrictions.” That morning, Epic changed its servers so that the payment interface within Fortnite now showed two options: IAP as well as Epic’s new direct payment system. This, according to Apple, was a Trojan Horse, and constituted “flagrant and larcenous” breach of contract through this “hidden commission-theft functionality.”

The first count of Apple’s counterclaim is for breach of contract and cites specific sections of the Guidelines and License Agreement:

Apple also claims that its contract terms require Epic to pay a 30% commission, and it is requesting monetary damages, punitive damages, and attorney’s fees. Unsurprisingly, Apple is also seeking a permanent injunction to prevent Epic from using its direct payment system and from removing Apple’s IAP from any of its apps, including Fortnite.

In support of its counterclaims, Apple spends many pages describing how its App Store is essentially a “tremendous gift to customers and developers.” Apple lists many ways it has invested in the App Store, including in support of developers as well as the security and privacy requirements for users. Apple wrote, “The App Store – and the idea behind it – has succeeded beyond anyone’s wildest expectations.” Apple further argues that Epic has benefited to the tune of over $600 million from the App Store. “Although Epic portrays itself as a modern corporate Robin Hood, in reality it is a multi-billion dollar enterprise that simply wants to pay nothing for the tremendous value it derives from the App Store.”

Continuing with this theme, Apple describes benefits – to consumers and developers alike – that IAP delivers. For example, it reduces friction between the user and the app (essentially making it easier for users to pay); it also allows consumers to enter their payment information just once, rather than entering it separately into multiple apps. Developers benefit because they “are saved the hassle of setting up payment infrastructure to handle transactions in 175 different countries across 45 different local currencies.”

Epic’s response will likely reiterate its previous arguments: “Apple has become what it once railed against: the behemoth seeking to control markets, block competition, and stifle innovation.” Epic has stated from the outset that the contractual provisions Apple claims that Epic breached are unenforceable because they are monopolistic and therefore unlawful. Epic has also compared the App Store – as a payment processor – to other large credit card companies such as Mastercard and Visa that charge fees of around 2.5% to 3.5%. These companies also offer security, privacy, and other support services for their payers and payment recipients.

However, pitting Apple’s App Store terms against Visa’s terms – is unlikely to work: it only shows is that Apple charges more for its services than Visa. There is no basis in the law for someone to breach a contract because they made a bad deal.

This is why, as discussed in previous posts, this case will hinge on whether Apple is deemed to hold a monopoly. Defining the market for purposes of this determination will be key. If the market is defined narrowly, Apple may indeed hold a monopoly. This view is not without precedented. Earlier this year, US Representative David Cicilline (D-RI) stated, “Because of the market power that Apple has, it is charging exorbitant rents – highway robbery, basically – bullying people to pay 30 percent or denying access to their market.”

Should a more broad definition be applied to the market – for example, that it comprises of all smartphones as opposed to iPhones alone – it is unlikely that Epic will succeed. Google holds a far higher market share than Apple. One estimate attributes 74.6 percent of the global market share to Google Android. In the United States, Google Android is estimated to be the mobile operating system on 50% of all smartphones. Samsung is estimated to account for 28 percent of mobile operating devices. This leaves Apple with only 22%. Apple may have invented the App Store model, in which it takes a 30% cut, but Google followed suit and also demands a 30% cut.

This case appears to present a novel issue: what happens when a company accused of being a monopoly created the market that it controls? Apple of course holds a 100% monopoly of the App Store – it owns the App Store. But Epic has a steep battle ahead in order to prove that Apple has a monopoly in violation of antitrust laws. If Epic fails, the stakes are even higher now that Apple has countersued for damages – including punitive damages – and attorney’s fees.