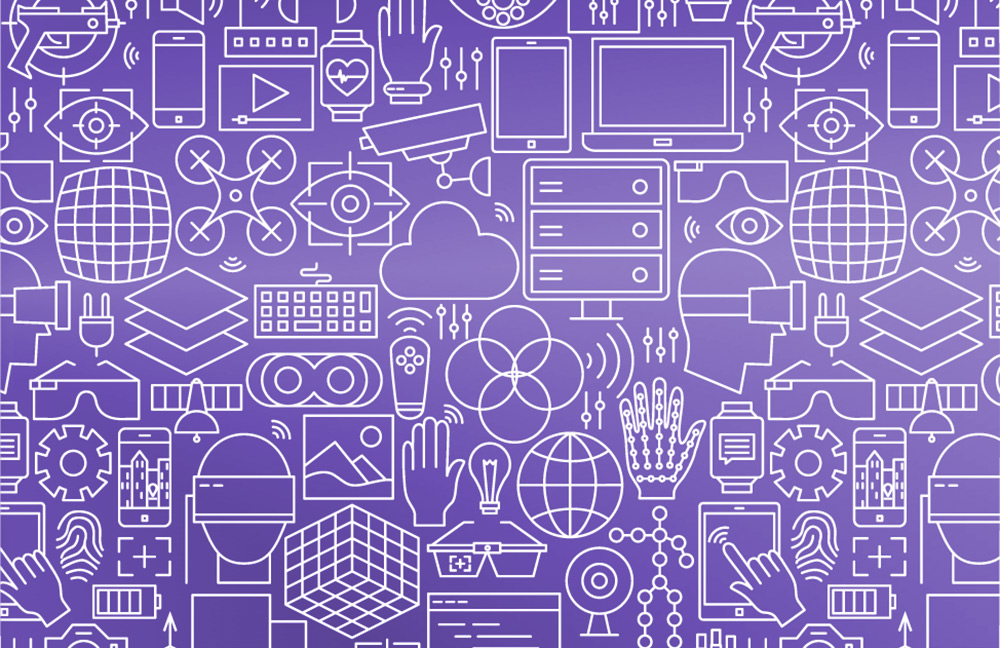 In the 1990s, computing technology reached a level of affordability that brought desktop PCs into homes around the world. In the 2000s, those desktop computers connected users to the world wide web, and thus to nearly unlimited information as well as to other users in forums and chat rooms, and eventually, via social media. In the 2010s, mobile phones and 3G and 4G technology enabled users to have these connections on-the-go, almost everywhere they went. In the ‘20s, augmented reality, backed by 5G technology, promises to bring users closer together than ever before in ways that will transform nearly aspect of our lives, from the way we socialize to how we work and interact with service providers.

What Fortune 100 Leaders Predict For AR

The tech giants, including Google, Apple, and Facebook, all have augmented reality projects underway, a testament to their conviction that this technology will become ubiquitous in the ‘20s.

“While I expect phones to still be our primary devices through most of this decade, at some point in the 2020s, we will get breakthrough augmented reality glasses that will redefine our relationship with technology.

Augmented and virtual reality are about delivering a sense of presence – the feeling that you’re right there with another person or in another place. Instead of having devices that take us away from the people around us, the next platform will help us be more present with each other and will help the technology get out of the way. Even though some of the early devices seem clunky, I think these will be the most human and social technology platforms anyone has built yet”

Facebook is currently working on a solution to generate lifelike avatars for use in virtual and augmented reality. While Apple is purportedly working towards the launch of its AR headset in 2022 and AR glasses in 2023. Meanwhile, Google, an early player in the AR space with its product Google Glass, is offering a growing array of services that will leverage AR.

Augmented reality has thus far been limited by slow mobile data speeds. However, as mobile networks convert to 5G, higher data speeds and increased reliability will allow AR and VR experiences to become more commonplace, as well as more complex.

5G is already available in some developed countries, especially in metropolitan areas, and the speed difference is substantial – Verizon customers can expect 450Mbps up to 1Gbps on their 5G network.

AR’s Impact on the Way We Work

Beyond that, the upcoming ubiquity of augmented reality may remove geographic barriers to a variety of careers. Employees will have more opportunities to work remotely and job candidates may not have to factor in relocation as a qualification for some jobs. This will give employers access to a wider pool of talent on a global scale.

The result could mean higher competition for certain jobs. In addition, housing markets could be impacted as fewer people need to live in cities or high-cost areas for access to lucrative positions. The impact could be a dampening of home prices in major metropolitan areas, as well as an increase in prices in smaller, more remote towns.

Augmented reality will also affect the ways businesses reach and interact with customers. Today, Apple users can view products in augmented reality as well as have a listening experience via spatial audio. This gives potential buyers a more enhanced experience with the product before making the decision to buy. The opportunities are limitless, and will call for new realms of expertise and skill sets on the part of product developers, UX professionals, designers, marketers, advertisers, and more.