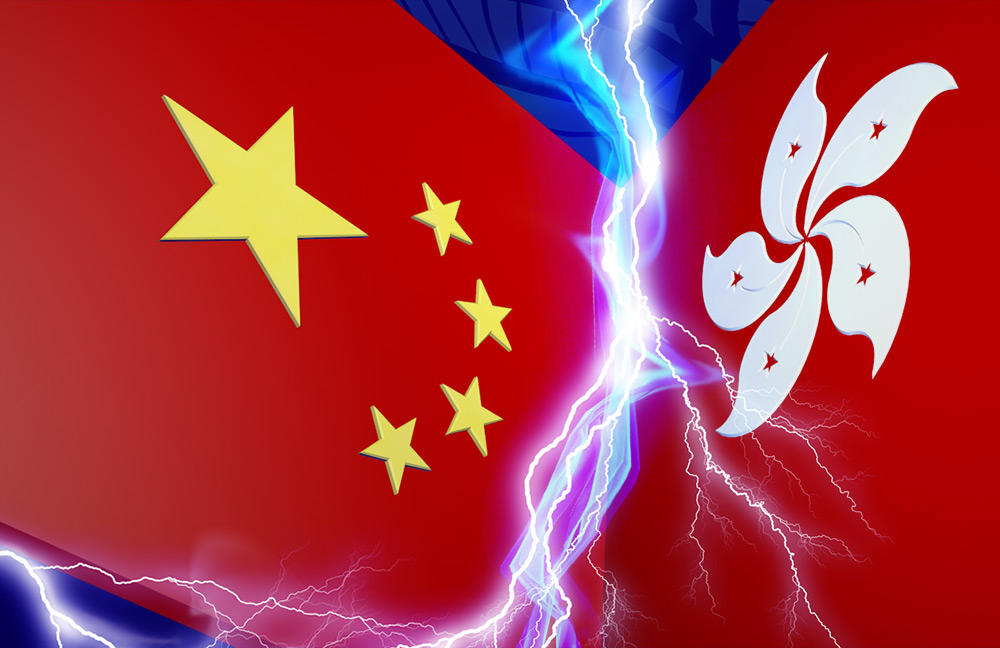 In early October, Blizzard crossed the line into world politics when it banned professional Hearthstone player Ng “Blitzchung” Wai Chung for making pro-Hong Kong protest remarks during a tournament stream. The incident follows a tough few days for the NBA which is weathering backlash over its handling of a tweet by Houston Rockets General Manager Daryl Morey’s that also was supportive of the Hong Kong protest. While traditional sports and politics are no strangers, this is a relatively new development for esports, and the Blitzchung incident has sparked global outrage and raised questions across the esports industry, the wider video games community, and beyond, not only regarding the Hong Kong protests, but about freedom of speech, and China’s involvement in and influence over overseas companies.

The initial incident took place during last Sunday’s Asia-Pacific Hearthstone Grandmasters tournament. After winning the event, Chung was invited to a post-game interview on the official tournament stream. During the interview, Chung, originally from Hong Kong and an outspoken supporter of the ongoing protests against proposals to allow extradition to mainland China, donned a gas mask of the type worn by protestors, and exclaimed, “Liberate Hong Kong. Revolution of our age!” According to InvenGlobal, the two Taiwanese casters encouraged Chung to repeat the slogan in Mandarin for the audience to understand, and then cut the stream off.

Two days after the event, Blizzard issued a ruling that banned Chung from professional play for a year and revoked his tournament prize winnings. The company’s reasoning was that Chung’s actions violated Section 6.1 of the tournament rules:

“Engaging in any act that, in Blizzard’s sole discretion, brings you into public disrepute, offends a portion or group of the public, or otherwise damages Blizzard image will result in removal from Grandmasters and reduction of the player’s prize total to $0 USD, in addition to other remedies which may be provided for under the Handbook and Blizzard’s Website Terms.”

Specifically, Chung’s comments were deemed to have been “offensive” to the Chinese public. Blizzard also ceased working with the two casters that ran the stream that night, citing their cooperation with Chung.

Blizzard’s ruling was followed by immediate backlash across the global video gaming community. Forums and social media were flooded with comments in opposition, with many players stating that they would cancel their World of Warcraft accounts and uninstal other Blizzard titles. Activision Blizzard’s stock price fell by 4% a result of the backlash. The popular Blizzard subreddit was closed for a time due to the volume and intensity of feedback on the topic. A popular Hearthstone caster Brian Kiebler announced that he will stop streaming and playing the game as a result of the company’s decision. Even Senator Marco Rubio responded to the ruling, decrying China’s influence on the global market and stating that, “…implications of this will be felt long after everyone in U.S. politics today is gone.”

As many of those in opposition to Activision Blizzard’s ruling were quick to point, the company is partially owned by Chinese conglomerate Tencent. Tencent’s stake in Blizzard is roughly 5% today, down from 15% prior to the Activision merger, but still a portion significant enough to be of influence. Moreover, the Chinese market is an increasingly important region for esports and Activision Blizzard. Blizzard’s focus on the market is highlighted by their development of Diablo Immortal, which is created specifically for the Chinese mobile market. The World of Warcraft title was so popular in China that the subsequent movie release in the country made up for its disappointing US domestic return. To risk the ire of the Chinese government is, of course, to risk losing the regulatory approval required to operate in the potentially highly lucrative Chinese market. While Activision Blizzard is a predominantly Western-owned company, its reliance and degree to which it is influenced by the Chinese market are undeniable, and have been thrown into harsh light by the Blitzchung incident..

Blizzard’s tournament rules have been crafted so as to provide broad legal coverage for issues such as the Chung ruling. The 2019 Hearthstone Grandmasters Official Competition Rules V1.4 states,“Grandmasters players will be held to the highest standards of personal integrity and good sportsmanship.” As such, the company is free to determine its definition of “personal integrity” and what exactly “brings you into public disrepute, offends a portion or group of the public, or otherwise damage’s Blizzard image.”

Similar language providing for the protection of image can be found in Riot Games’ official 2019 World Championship tournament rules, which state as follows:

“Team Members may not give, make, issue, authorize or endorse any statement or action having, or designed to have, an effect prejudicial or detrimental to the best interest of WCE, Riot Games or its affiliates, or League of Legends, as determined in the sole and absolute discretion of WCE.”

This can be plainly interpreted that the company has the rights to determine what is acceptable speech. With Riot Games being fully owned by Tencent, and Worlds now in full swing, it is not outside the realm of possibility that they may experience further incidents similar to and in reaction to the Blitzchung incident.

Whereas Blizzard and Riot’s tournament rules assert a right to determine what types of speech will be allowed, Epic Games’ recent statement about free speech provides interesting contrast. An Epic Games spokesperson told The Verge that, “Epic supports everyone’s right to express their views on politics and human rights. We wouldn’t ban or punish a Fortnite player or content creator for speaking on these topics.”

This statement stands in spite of the fact that Tencent owns a 48.4% outstanding stake in the Fortnite publisher, which places Epic in the middle of the spectrum between Blizzard and Riot in terms of potential influence by Chinese shareholders. Epic Games taking this stance places them in opposition to two of the biggest esports companies in the world and the Chinese government. For how long Epic will maintain this stance is anybody’s guess.

Will Companies or Community Set a Tone?

While politics have come to the forefront of discussion in esports before, such as regarding visa issues and what the vocational definition of an esports player should be, this is the first time for a political issue to reach such scope and scale in the industry. As esports continues to grow globally and reach new audiences, it is inevitable that further political lines will be crossed. Blizzard’s ruling may set the current precedent for how sensitive PR situations are handled on the business side with Chinese stakeholders to appease, but as community fallout continues, we may see a change of tone in an effort to retain consumers in the Western market.

UPDATE (10/12/19) Blizzard have issued an update regarding the Blitzchung incident, which you can read here: https://news.blizzard.com/en-us/blizzard/23185888/regarding-last-weekend-s-hearthstone-grandmasters-tournament