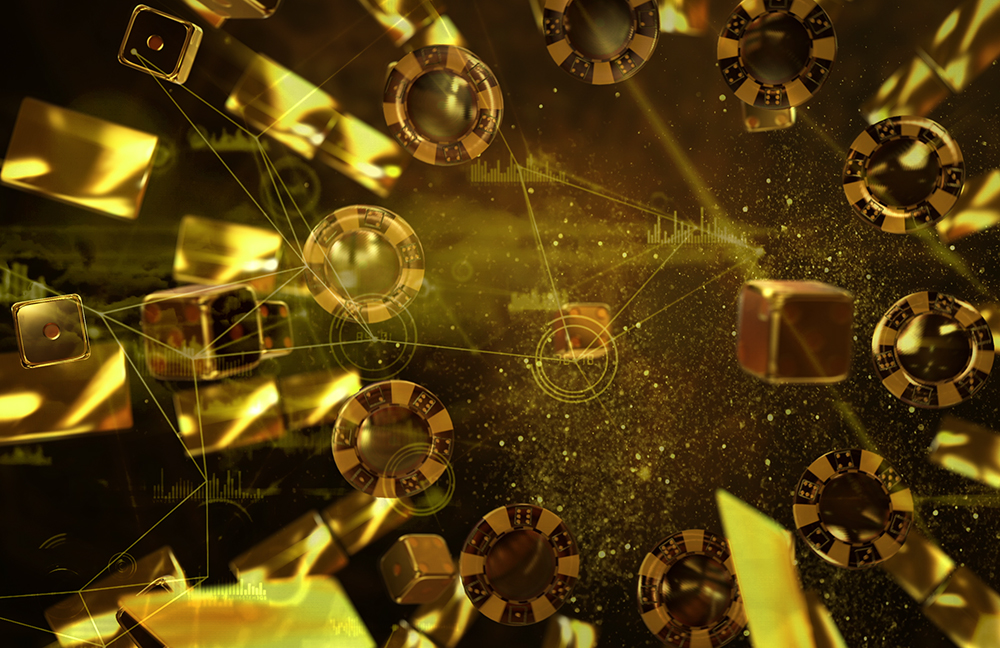 While seamless global remittances and a digital store of value were the first use cases for blockchain technology, this innovation has much more to offer. Due to its immutable nature and cryptographic features, blockchains can be used to prove the security and fairness of just about anything.

In the world of online gaming there has always been questions of how users can verify that a game is fair to all of its participants. Previously, the reputation and word of gaming companies is all gamers had to go off of. Luckily, with the introduction of blockchain technology, gamers can now rest assured that their favorite games are fair to all.

When a game is touted as being “fair”, it means the game rules are adhered to by all players involved. In a board game like Monopoly, this can easily be verified by each player within the game taking note of the other players’ actions. If one player decides to cheat the game, the other players can identify this nefarious action and keep balance in the game. The same goes for cheating in the world of gambling, where cheating tactics are usually caught by casino’s or other players. Alternatively, players betting against the house can verify the validity of the game itself before engaging with that particular game (i.e. verifying 52-cards in a playing deck).

But what happens when tactical games and games of chance are played across the internet? In these instances, users have no way to validate if other players are acting according to the game rules, and have no way to know if the game itself is acting in a provably fair manner. Unfortunately, this has led to many scandals in the web-based gaming and gambling arenas.

Full Tilt Poker was caught defrauding players of $300 million. Between 2007 and 2008, both AbsolutePoker and Ultimate Bet had players accuse superusers of being able to see the cards of players on the site, a clear violation of fair play. These types of scandals have made online gambling difficult to be trusted. In traditional internet-based gaming, players must rely on the word of gaming companies that tout their own games as being completely fair for all players. Unfortunately, game developers can have a difficult time recognizing foul play, which has led to a surge in cheaters on these platforms.

Luckily, blockchain-based, provably fair gaming can help to solve this issue. Using mathematics via an open-sourced blockchain, players can verify the legitimacy of these games.

How to Make a Game Provably Fair

How can a game prove its fairness when it is played online and there is seemingly no way for any of the players to know what is happening behind the scenes? Traditional web-based games offer no opportunity to verify the validity of a game, but blockchain networks are open-source by nature, meaning, the code behind the network and everything built on the network can be viewed by anyone. No longer are games held in the control of the gaming company. Instead, each player can choose for themselves if a game is fair, and therefore have absolute certainty that their favorite games are not discriminating against certain players.

For games of chance, a “provably fair algorithm” is utilized to help verify the fairness of a game. The algorithm creates an unique, encrypted key with the outcome of a game which is sent to each player. This, along with a secondary key allows players to verify the fairness of the game outcome on their own. These keys are stored on the blockchain and therefore cannot be altered or manipulated in any way.

The process of proving a game a fair via the blockchain goes like this:

Instead of requiring you to calculate the hash yourself at the conclusion of a game, some games do the work for you. A basic example of this is Satoshi Dice, a provably fair game built on the Bitcoin Cash blockchain. Each outcome from Satoshi Dice is stored on the Bitcoin Cash blockchain and the hash of the secret key is released to the public so that it can be used for verification.

Over the past decade, casinos have moved into the digital age. Today, gamblers can try their luck at everything from slot machines to poker all from the comfort of their own home. Yet, unlike traditional casinos where players can verify the authenticity of a game in-person, online casinos make trust more difficult.

Provably fair casinos create a greater trust between player and host. This relationship is invaluable to not only keeping players around for the long-haul, but attracting new players to online casinos. With the advent of provably fair gaming, players can rest assured that their favorite games are fair and adhere to the rules outlayed by gaming providers.

Esports are a multi-billion dollar per year business, with competitors across the globe vying for large prize money. Unfortunately, the industry is riddled with stories of event organizers not paying winners or teams not paying their players a fair share of prize winnings. This is where provably fair gaming could be of help. In an Esports tournament, organizers can lock funds into smart contracts in direct correlation with the prize pool structure. These contracts auto-execute when the tournament is completed, and immediately make payments to the appropriate players. This not only ensures fairness in the game, but creates instantaneous payments for players.

In Esports, the outcome of a single game can result in thousands of dollars changing hands not just among players, but among betters as well. As Esports gambling grows, so does the need to ensure fairness among gamblers. In provably fair Esports gambling, players make their bets within smart contracts which are tied to the outcome of a specific Esports event. These smart contracts cannot be altered or changed in any way once they are locked, thanks to the immutable nature of the blockchain. Once the Esports event is completed and a winner crowned, oracles are used to collect the outcome data to feed back to the blockchain. The outcome is then used to inform the smart contract, which triggers and releases winnings to the appropriate player.

While the internet was a huge step in the gaming industry, it wasn’t able to wrangle in bad actors and unfair games. Luckily, provably fair gaming via blockchain technology is the next step in securing online games and establishing an industry norm for decades to come.