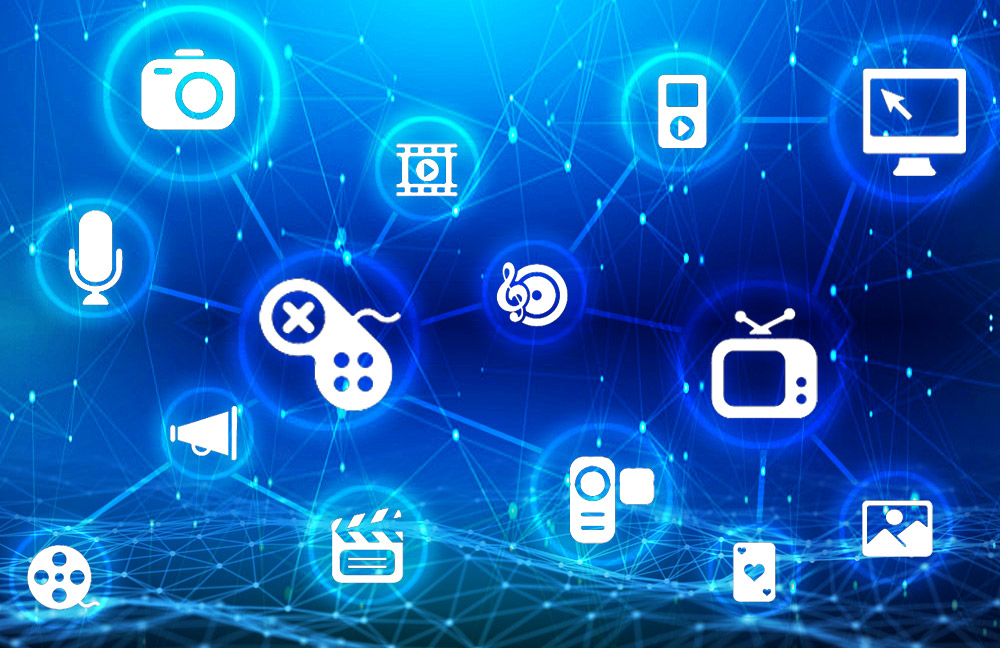 In this article, we look at the application of blockchain technology in the media and entertainment industry. Other articles in this series cover the use of blockchain in supply chain logistics and electronic health records.

Media and entertainment businesses are often early adopters of new technologies, and blockchain is no exception. Recent applications of blockchain within the industry can provide added layers of security and transparency, and are poised to provide major benefits both to the supply and demand sides of the sector. In this article we review some of the major issues that blockchain addresses, and some of the start-ups and projects involved.


The protection of ownership rights has long been a major battle of the digital age, especially since the advent and proliferation of peer-to-peer sharing services such as Napster and Bittorrent. Digital rights are susceptible to both fraud and hacking, and are notoriously hard to police due to lack of transparency. As a result, artists can be in the dark as to the majority of how their works are digitally sold, spread, or streamed, and have little information regarding the practical state of their ownership of their works.

The immutable nature of blockchain technology makes it easy to track ownership and rights of any digital creation, from music to movies and beyond. Startups such as BitSong and PeerTracks provide not only fair payment to artists, but also secure digital rights for artists and creators.

One other method by which blockchain companies ensure digital rights management and fair payment to artists is to tokenize media, thereby logging intellectual property rights, revenue, and more, publicly and transparently on a blockchain.

This method transforms form of media, from web-based content to movies and music, into a token which can be distributed to consumers and businesses. SingularDTV is one such project, which embeds revenue and royalties directly within cryptocurrency tokens, sharing revenue with project supporters who can in-turn access more media, or turn tokens into cash.

Another startup, Vezt, takes a completely revolutionary approach to digital rights. The company previously launched an initial coin offering (ICO) worth $4.7 million and obtained rights to songs from mainstream artists such as Dr. Dre, Kanye West, Jay-Z, John Legend, and Drake. Vezt allows anyone to buy rights in their favorite songs. According to the company, “Artists and rights holders now have control over their new or existing intellectual properties and can easily capitalize on their work by choosing portions of their songs to offer for sale to fans, friends, and anyone interested in owning rights and collecting music royalties.” Artists can launch an Initial Song Offering (ISO) to raise funds in exchange for a percentage of royalties a song receives in the future.

This model completely flips the script on digital rights management, allowing fans to purchase ownership in their favorite songs and receive royalties from them, and allows artists to sell a stake in their songs and receive guaranteed payment upfront for doing so.

Today, artists and creators have at their disposal a wide range of online streaming platforms with which to globally distribute music, TV shows, and movies, yet accurate reporting and equitable distribution of royalties are major issues. The amount that artists receive for each stream is one area of contention, but combined with unpaid royalties, the resulting picture is a market where even popular artists struggle to make ends meet via streaming apps and services. The music streaming service Spotify, for example, pays artists less than a penny for each stream of their songs and is presently facing a class action lawsuit of $150 million for unpaid royalties to artists.

Per-stream royalty rates are a matter of negotiation, but smart contracts within the framework of a blockchain can ensure artists are paid exactly as contracted and in a timely manner, as contracts are automatically executed by predetermined coding and do not require manual follow-through. Several blockchain projects are now working to enable fair pay for artists’ work, and for consumers to know they are directly supporting the artists they know and enjoy, by eliminating middle men and democratizing media. For example, BitSong allows advertisers to attach to songs and for artists to receive 90% of the profits directly; the online music retailer PeerTracks automatically records each song play to the blockchain, which takes care of royalty payments automatically and instantly to song creators.

A company called Tron has emerged as the leader of the pack of blockchain companies focused on wholesale change within the media and entertainment industry. Tron is aiming to build a distributed storage facility for digital content that can be accessed by anyone around the world and without an intermediary. In turn, content producers will be able to receive payment directly from consumers, and not via intermediaries such as distributors and resellers. The company already has 10 million wallet holders via its partnership with the Chinese app Peiwo, and this number continues to grow. Tron claims it can support 2,000 transactions per second (TPS), dwarfing industry leaders Ethereum (25 TPS) and Bitcoin (3-6 TPS).

Led by wunderkind Justin Sun, a member of the Asian Forbes 30 Under 30, Tron is making headlines in many ways. Sun recently purchased peer-to-peer file-sharing company Bittorrent for $118 million in cash. The Tron Foundation (the controlling organization of Tron), has high aspirations for the acquisition. “With the integration of BitTorrent, TRON aims to liberate the Internet from the stranglehold of large corporations, give data rights back to the individual, and reignite the early 21st century vision of a free, transparent, decentralized network to connect the world, because the internet belongs to the people.”

Blockchain application to media and entertainment is by no means limited to startups. As blockchain evolves and becomes more widely accepted, mainstream companies have increasingly begun to explore the advantages of utilizing this technology. Seeing the potential in the industry, the Open Music Initiative introduced itself as a consortium of over 200 major media companies such as Netflix, Warner, Spotify, YouTube, and others. The nonprofit organization says it is “creating an open-source protocol for the uniform identification of music rights holders and creators.”

Not only did Spotify join the Open Music Initiative (possibly to try to mitigate the charges of not paying artists fairly), it recently acquired blockchain startup Mediachain Labs which, according to its mission, looks to “connect creators directly to their fans, no matter how or where their creativity is shared.” Among the company’s accomplishments is building its Mediachain Attribution Engine which allows users to search for free images and attribute credit to the correct source, all with the click of a button.

Japanese media giant Sony also is dipping its foot into blockchain waters: Sony filed a patent for a blockchain solution to be used in user verification and storing digital rights. According to the company, current digital rights management solutions are insecure and unreliable because “If the rights locker provider or system goes out of business or otherwise fails, the user loses all the acquired content.”

Blockchain technology first was introduced to disrupt the finance industry, yet over time it has become more apparent its uses are much wider reaching. The media and entertainment business represents an ideal place for blockchain to expand because of the adaptability the sector has shown over the years. Whether it be through smart contracts to secure data management to maintain ownership records of digital media or to enable fair payment to artists, blockchain is proving its worth for all players in the music business, and there is no telling what other applications blockchain technology will find its way into in this industry in the future.