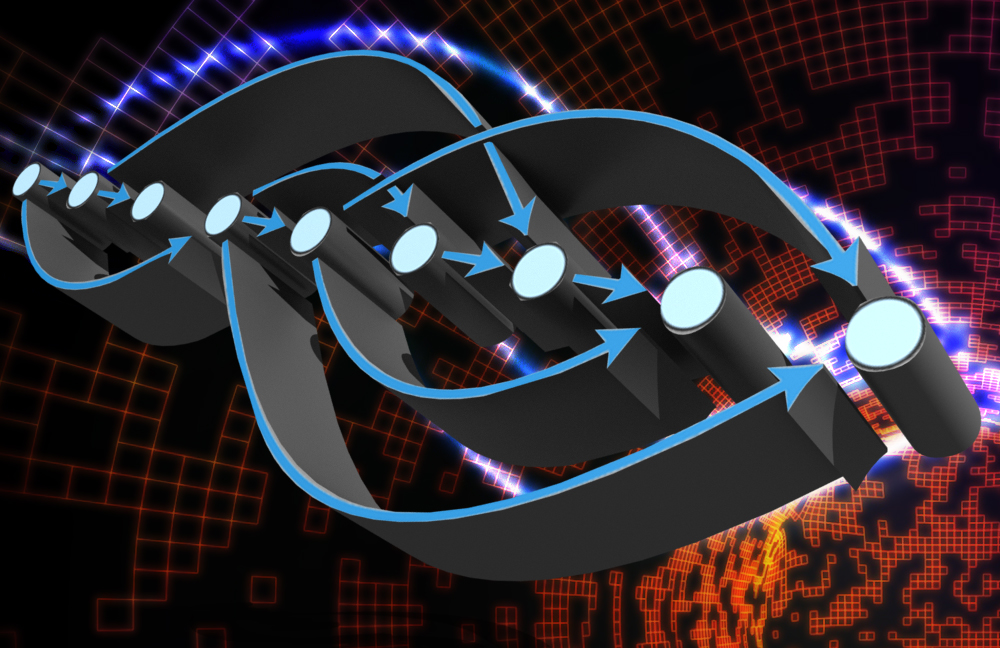 Blockchain architecture is the undisputed leader of distributed ledgers. Major-name corporations have begun to utilize blockchain distributed ledgers to implement innovative and effective enterprise solutions across a variety of industries, including supply chain logistics, electronic health records, and the entertainment industry, to name just three. However, another form of distributed ledger technology is on the rise and has the potential to become the new standard in the decentralized economy.

A blockchain distributed ledger is composed of a chain of transactions strung together on a timeline. This is built by grouping transactions in blocks which are verified and subsequently time stamped in a way that is transparent to the public or, in the case of private and permissioned blockchains, anyone who has the required permissions to view the ledger. These blocks are then tied together chronologically to make a chain, hence the term ‘blockchain’.

If there is a disagreement regarding how the blockchain should be managed or developed, the chain can be ‘forked’, which results in a portion of the blockchain stakeholders separating to form a new chain, starting from a predetermined block in the blockchain. One example of this type of fork (more accurately referred to as a ‘hard fork’) occurred in 2017 with Bitcoin and Bitcoin Cash, and resulted in the creation of two new blockchains, each with a shared origin but separate futures.

This has made for a conundrum. While blockchain’s benefits with regards to data transfer and transaction management are beyond dispute, if its operational speed is unable to adapt to mass scales then it will remain only a small piece of the global economy. As such, it may be unable to maintain its leading position in future.

Another issue presented by the structure of blockchains is that of storage space. Running a node on a growing blockchain requires increasing amounts of storage space and bandwidth in order to keep up with new transactions that are added to the ledger. This will eventually make it quite costly for stakeholders to run a blockchain node.

Finally, forking of blockchains can result in fragmenting entire communities. Forking a blockchain is equivalent to splitting one faction into two or more contending factions, each with the same underlying motives, but with different views on how to achieve their objectives. For example, the Bitcoin blockchain was forked due to a disagreement over block size, while the Ethereum blockchain was forked over a disagreement as to whether to roll back the chain to wipe away known fraudulent activity. With the possibility of forking, blockchains carry the risk of splitting at any given time.

Is DAG the Solution? 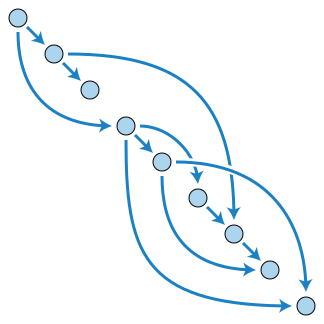 In contrast to the blockchain structure in which entire blocks of transactions are verified together, a directed acyclic graph (DAG) allows individual transactions to verify one another. This creates more of a web-like structure which moves in one unified direction without circling back on itself, and carries the significant advantages of reducing processing speed and either reducing or even eliminating transaction fees.

Because this process does not incur transaction fees in order to compensate miners for their work, there is theoretically no transaction fee to use the network. The only cost is that of the power required for a node to verify two transactions, which is nominal in comparison to other distributed ledger systems. Because of this, it is believed that a DAG structure is well suited for micro-transactions that would be too costly on blockchain alternatives.

While the major blockchain networks, such as Bitcoin, Ethereum, and Ripple are generally well known, networks utilizing DAG are still relatively unknown. Presently, the biggest name project utilizing DAG technology is IOTA which uses distributed ledger technology to connect smart devices to one another. The IOTA project has built what it calls ‘Tangle’, a scalable DAG structure which according to the IOTA Foundation is, “The first open-source distributed ledger that is being built to power the future of the Internet of Things with fee-less micro-transactions and data integrity for machines.”

Another up-and-coming DAG project is Nano, which utilizes a block lattice DAG structure. Block lattice creates a pseudo-blockchain for each individual transacting on the network. This structure stores only account balance information, and no transaction information, which creates a system which requires much less information storage compared to traditional blockchain structures. According to Nano, a recent stress test of its system scaled as high as 756 transactions per second.

And the Winner is… Coexistence?

While popular media likes to pit technologies against each other, it seems very likely that DAG and blockchain will both play major roles in the future decentralized economy. Major blockchains such as Bitcoin have firmly established their use of blockchain, thanks to strong network effects and close to 100% uptime since their inception.

However, the continued cost to process transactions on a blockchain may prevent its application to micro-transactions, and this is where DAG may complete the picture. With blockchains providing a top-level store of large transactions, DAG structures can cater to individual consumers and small transactions. In this way, the future of distributed ledgers may be not the winner of ‘Blockchain vs DAG’, but a complementary relationship of ‘Blockchain + Directed Acyclic Graph’.