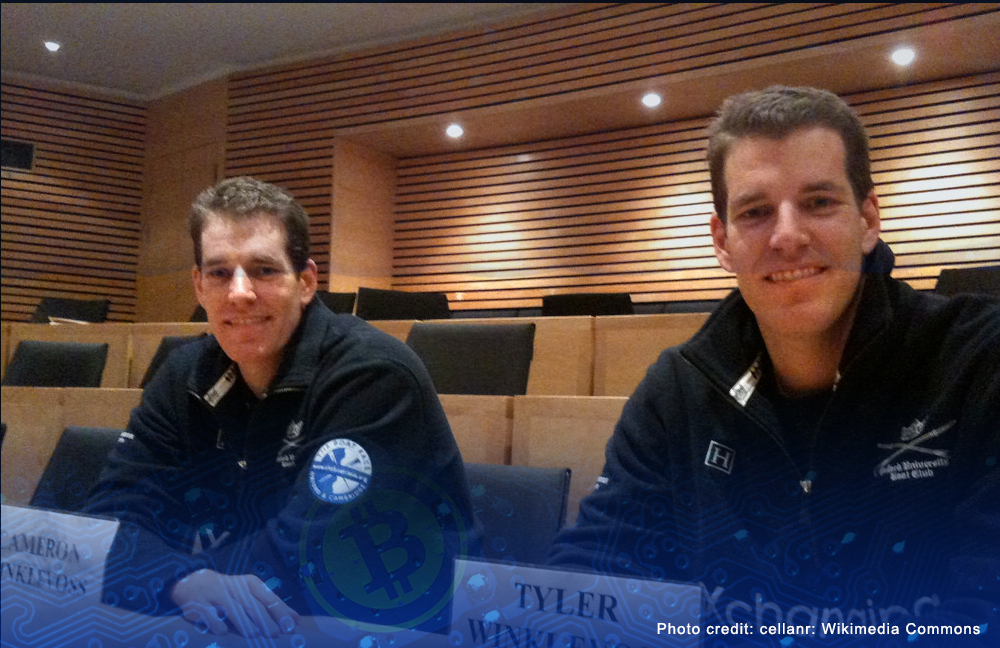 From Vitalik Buterin to Roger Ver to Jimmy Song, the cryptocurrency industry is a stage for many big names and personalities, yet no two people in the industry may be as big (physically or otherwise) as the 6 foot 5 inch Olympic rowing twins from New York, Cameron and Tyler Winklevoss. While the general public and mainstream media may be most familiar with the twins from the movie ‘The Social Network’ and their role in the creation of Facebook, fewer may be aware that the brothers were early Bitcoin believers and are now titans of the cryptocurrency industry.

Cameron and Tyler Winklevoss are widely known as the twins who sued Mark Zuckerberg for stealing their work to create Facebook. While attending Harvard, the brothers started a company called ConnectU to connect college students via an online social media platform. The brothers brought on Zuckerberg as a programmer for the site, but after he failed to deliver his completed work, and after the launch of Facebook, the Winklevoss brothers filed a lawsuit claiming that Zuckerberg had stolen their concept. The suit was settled by both parties in February 2008, with the twins receiving $20 million in cash and over 1 million Facebook shares.

After the Facebook settlement, the Winklevoss twins were household names in the digital world, but their interest in technology did not end with social media. They were strong believers in the potential of Bitcoin from the early days, well before the digital currency went on to make global headlines. In 2013, they told the New York Times they were holding close to $11 million in the cryptocurrency, citing its potential to disrupting the world of finance even at that time.

“People don’t really want to take it seriously,” said Cameron in 2013. “At some point that narrative will shift to ‘virtual currencies are here to stay.” Tyler added, “We have elected to put our money and faith in a mathematical framework that is free of politics and human error.” Just a few years later in late 2017, the price per coin skyrocketed and the brothers became the world’s first Bitcoin billionaires.

With their interest in digital currencies growing, Cameron and Tyler did what arguably any multi-millionaire team of entrepreneurs would do, and started an investment fund. The twins’ private equity fund, Winklevoss Capital states, “By providing guidance, relationships and capital, we reinforce their pursuit of a frictionless world and a better human experience.”

The fund has invested across a wide variety of sectors, but gives particular focus to Bitcoin and blockchain-based technologies. The firm has invested in such blockchain startups as nCent, Protocol Labs, and Tezos, and also participated in ICOs for Filecoin and Blockstack.

In 2014, the twins took their cryptocurrency activism to the next level by launching the crypto exchange Gemini. Cognizant of the need to address negative public sentiment surrounding the industry, the twins took steps to have their exchange adhere as closely as possible to US financial regulations. From the outset, the exchange was regulated by the New York State Department of Financial Services (NYSDFS).

In May of 2018, Gemini announced that it had obtained approval from regulators to list ZCash. This step signaled the twins’ commitment to growing the cryptocurrency industry as a whole. With regards to the announcement, Cameron stated, “Part of the reason a coin like Zcash has a smaller market cap is because people are not sure if regulators will ever get comfortable with this type of technology. Today demonstrates that through education and collaboration and with the right controls in place, regulators can get comfortable with privacy technology.”

Gemini’s influence in the industry has continued to grow, as it supplies the pricing data for the CBOE Bitcoin futures, and is expected to maintain this role in the event that the CBOE launches futures trading for the industry’s second biggest cryptocurrency, Ethereum.

In order to bring Bitcoin further into the mainstream, the Winklevoss brothers applied for SEC approval for the creation of a Bitcoin exchange traded fund (‘ETF’), a move that would legitimize the asset and reduce the barriers to entry for many investors at the same time.

However, after not one, but two separate rejections of the proposal, it appears that the SEC poses a major roadblock to a Bitcoin ETF becoming a reality. On the day of the second rejection, Cameron stated, “Despite today’s ruling, we look forward to continuing to work with the SEC and remain deeply committed to bringing a regulated Bitcoin ETF to market and building the future of money.”

Despite these setbacks, the launch of a Bitcoin ETF is still a possibility, and with it the potential to facilitate Bitcoin trading and investing for significantly more retail and institutional investors. The brothers have historically demonstrated that they do not readily settle for rejection, and one might reasonably expect them to continue their attempts to realize this ETF.

The twins are presently heading a consortium of industry leaders including Bittrex, bitFlyer, and Bitstamp, to build a self-regulatory organization known as the Virtual Commodity Association with the goal to, “promote fairness, transparency, risk management, and liquidity” across the industry. This group is expected to set rules and guidelines for marketplaces and transacting members, and is a breath of fresh-air for CTFC Commissioner Brian Quintenz who has been adamant about the cryptocurrency industry creating a self-regulatory organization to assist with monitoring trading across the industry.

The Winklevoss’ legacy to the world might have begun and ended with providing the catalyst for the creation of Facebook, but they successfully transitioned to become major players in the burgeoning cryptocurrency industry. Given the Winklevoss twins’ prescience, resources, and tenacity, it seems likely that their standing and influence in cryptocurrency will only continue to grow for the foreseeable future. As cryptocurrency continues to grow in adoption and importance, the day when the twins are more widely known for their role in cryptocurrencies than for their involvement in Facebook cannot be far away.