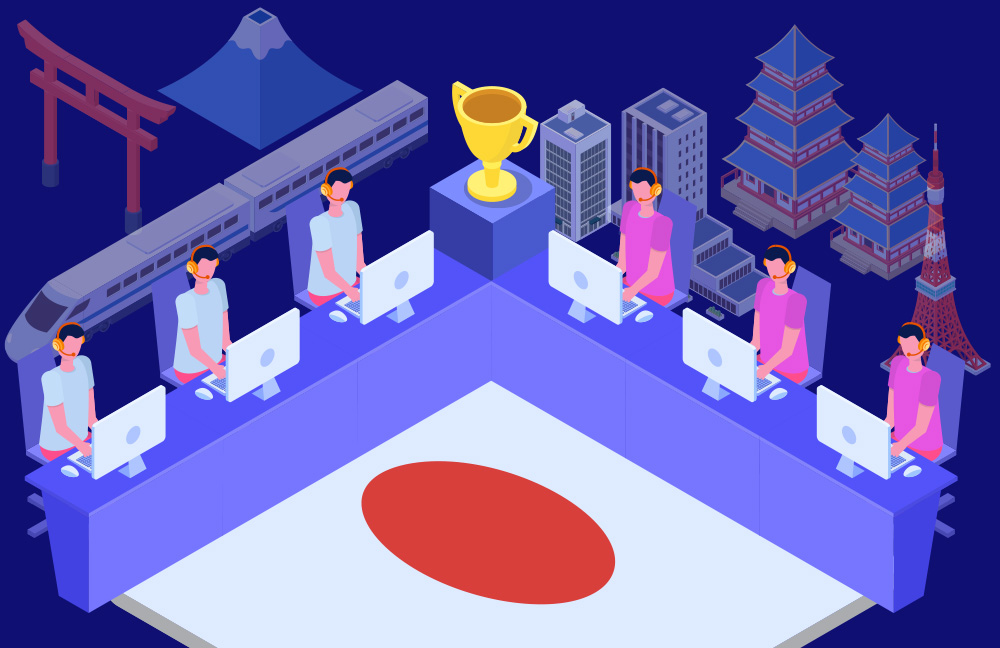 Japan is also renowned as a world-leader in the video games industry thanks to historic and global heavyweights Nintendo, Sony, Capcom, and Sega. However, due to only-recently resolved legislative issues, Japan has trailed behind in the newest kind of gaming on the scene: esports. The upcoming Intel World Open may mark a turning point in this respect.

About the Intel World Open

The Intel World Open, announced on September 11, 2019, is a joint effort between the International Olympics Committee and Intel with the goal to bring esports to the 2020 Tokyo Olympics as a pre-event feature. Intel’s esports partner, ESL, will organize open online qualifiers for the tournament, with live finals hosted at Tokyo’s Zepp DiverCity from July 22-24, 2020.

Some countries will have an automatic placement in the live finals thanks to a network of national feed-in qualifiers, including Australia, Brazil, Canada, China, France, Germany, the United Kingdom, the United States, and Japan as the host country. The Olympics themselves kick off on the 24th, making this a perfect competitive segue for those interested in seeing esports take the main stage.

The featured games will be Rocket League and Street Fighter V, with an impressive prize pool of $500,000 USD. Mark Subotnick of Intel stated that Rocket League and Street Fighter V were chosen because the two titles “are something that the average consumer or audience member can look at and get what’s going on, and that’s unfortunately not always the case in esports. So that makes a lot of sense to work with these two partners.”

When the details of the Intel World Open were released, Capcom’s Street Fighter Executive Producer Yoshinori Ono expressed his excitement on Twitter and the global esports industry took notice. Within a day, articles were published stating the significance of hosting an event like this in Japan, and how critical it is for Japan to embrace esports and to join the rapidly-growing worldwide industry [internal link about industry growth from 2019 or a link to a Newzoo report].

A recent Japan Times op-ed remarked on the country’s esports offerings, saying “the domestic scene has languished due to outdated gaming regulations that cap prizing – and hence the incentives to train and compete.”

Up to now, breaking down the specific barriers in Japan regarding esports is partially the job of the Japanese eSports Union (JeSU), which has become the pro-license granting organization for the country. JeSU circumvents the prize caps by issuing licenses that grant players status as working professionals, thereby avoiding the designation of gambling.

The groundwork JeSU has laid out has softened the tone toward gamers on the national level, but there are still murky waters to be navigated for these events. Having the International Olympics Committee sanctioning the prizes for global participants with Japan as the host stage is a clever way around these barriers, and may even push the needle further in the direction of detaching esports from the gambling prize restrictions on a legal level.

If showing itself as a soft power magnate is one of Japan’s main goals for the 2020 Summer Olympics, then Japan must match or exceed previous Olympic host country offerings. The last Olympics were held during the winter of 2018 in PyeongChang, South Korea, a country well-known for its esports pedigree.

These Olympics saw the beginning of the IOC and Intel’s event partnership, branded as “Intel Extreme Masters PyeongChang.” At this event, South Korea had the opportunity to display its esports prowess by hosting a premiere competition for Starcraft II, a title for which the country can boast a long history of excellence.

IEM was held over three days from February 5-7th with a $150,000 USD prize pool, featuring global talent including Canada’s Sasha “Scarlett” Hostyn, the only female competitor who eventually secured an upset win over South Korea’s own Kim “sOs” Yoo Jin for first place.

The polish of IEM PyeongChang affirmed South Korea’s place as an esports mecca, boasting the country’s well-informed spectator audience, highly-connected national communications infrastructure, and a willingness to act as a leader in the esports space.

Since playing PC games have long been a Korean pastime activity, it makes sense that their esports scene evolved first. However, that doesn’t mean that Japan is unable to do so as well with a shift in the emphasis being on popular console esports titles.

If Japan hosts the Intel World Open and shows a level of commitment to games like Street Fighter and Rocket League as Korea has to Starcraft and other titles like League of Legends and Overwatch, then it may just assert itself as a leader in that particular sector of esports.

The Benefits of Becoming an Esports-oriented Country

Executing a successful global event like the Intel World Open and leaning into a console-oriented esports approach can benefit Japan on a domestic level. Positive media coverage will attract more interest in competing in local and national tournaments, creating an ecosystem around event planning and promotion. With more participants involved, it’s likely that government restrictions around prizing limits will loosen, as volume requests for pro-player licenses will be hard to manage. Semi-pros and amateur level competitors, for instance, would likely have more issues being considered a pro.

In addition, with more opportunities to play and compete, tourism centered on esports will likely increase. Having good excuses to build up technology to support esports events and facilities around the country will keep infrastructures fresh and innovative, allowing Japan the ability to truly display respectable soft power on all parts of the gaming spectrum.

After the summer Olympics, Japan may just be the next go-to destination for esports tournaments.