David B. Hoppe is the founder and managing partner of Gamma Law.  Mr. Hoppe is an experienced international transactional lawyer and a recognized authority on emerging legal issues in high-growth media/technology sectors, including video games and esports, blockchain and digital assets,VR/AR/XR, and digital media/entertainment.

Mr. Hoppe is a frequent speaker in the United States and internationally on cutting-edge legal topics and has been quoted in The Wall Street Journal, The Economist, Bloomberg Law, and CNBC. He is the author of Esports in Court, Crimes in VR, and the 51% Attack (Vision 2020 Press, 2020), a collection of observations, anecdotes, analyses, and opinions concerning current news stories in media/technology.

Prior to founding Gamma Law, Mr. Hoppe was a senior associate with the global law firm White & Case LLP, based in New York, and was in-house international counsel for Excite.com, a Nasdaq-listed internet portal, in Silicon Valley.  He also served as North America general counsel for Capcom, the Japanese video game publisher while maintaining his outside law practice.

Mr. Hoppe is a Northern California Super Lawyer (2020-2022).  He is licensed in California and New York. 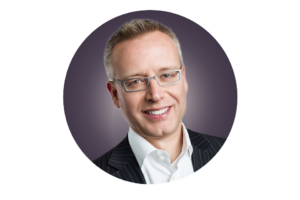 I’ve had the opportunity to work in a variety of contexts, in the largest financial centers, on billion-dollar deals with market-moving clients, as well as in-house in Silicon Valley during a period of dramatic change. Challenges and opportunities evolve quickly. Companies can go from startup to international exposure almost overnight. In my experience, these companies are best served by a professional with a broad, international background that specializes in their specific market.

The scope of Mr. Hoppe’s representation includes the following specialties:

I’ve worked with David on a number of occasions on both sides of the table. He was instrumental in making a recent acquisition happen flawlessly. I continue to use David for his deep knowledge in the digital media space and Asia. I’d happily recommend David to anyone looking for a great attorney who’s easy to work with and has sound legal advice in key verticals and markets.

These testimonials or endorsements do not constitute a guarantee, warranty, or prediction regarding the outcome of your legal matter.

Esports in Court, Crimes in VR, and the 51% Attack