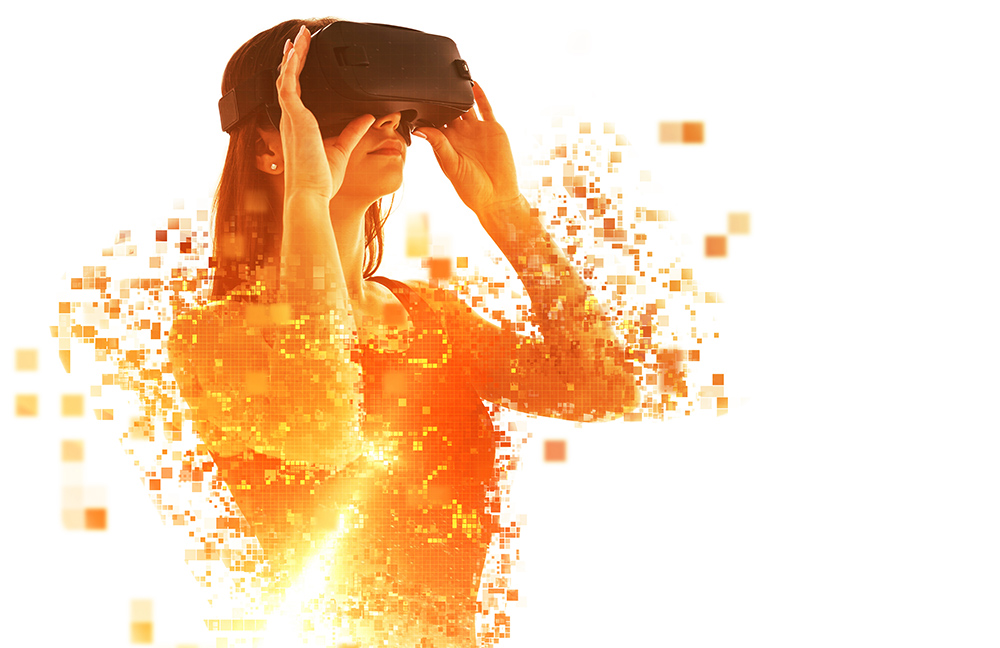 From Pokemon Go to the Ikea app, Snapchat filters to connecting with replicas of loved ones after death, virtual reality (VR) and augmented reality (AR) are gaining traction in the mainstream. As the technology gains steam, demand for employees with the skills to create these types of additive, immersive experiences is surging.

Popular job site Hired released its report, 2020 State of Software Engineers, and the results are clear – this is the year of AR/VR. Demand-growth for AR/VR engineers tops the chart of engineering specializations at a whopping 1,400%, nearly ten times that of the second most popular category – gaming engineers – at 146%. 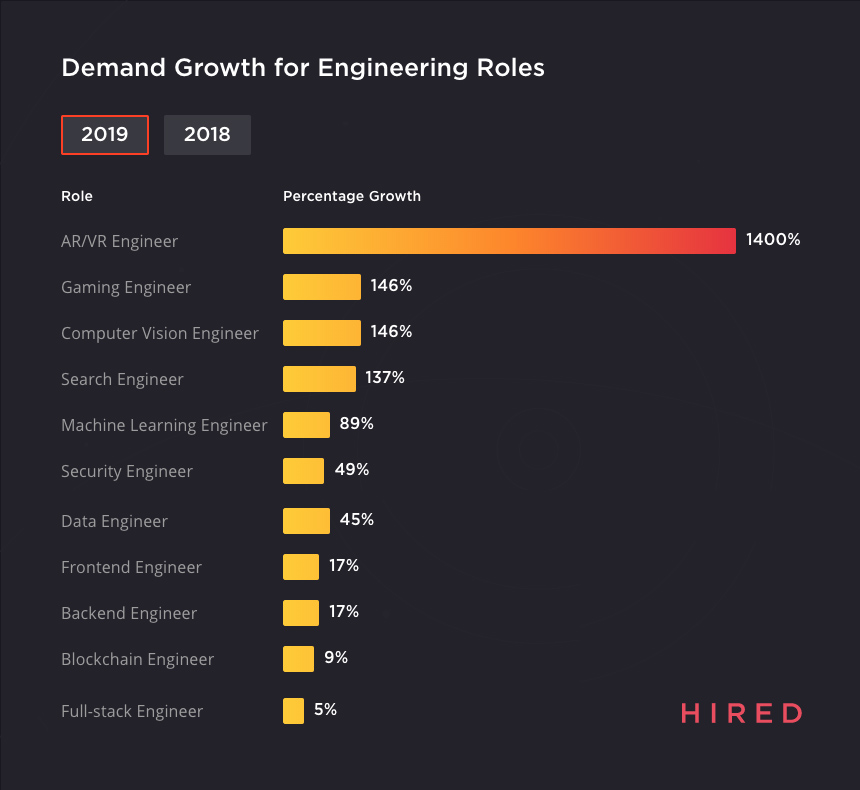 Hired also shares salary figures for this in-demand field. AR/VR engineers in major U.S. cities, such as San Francisco, New York, Seattle, LA, and Boston, can expect a salary in the $140k–$160k range.

However, demand is quickly outpacing supply, and we may see bigger companies offering sizable incentives to highly-skilled candidates. But first, they’ll need to pass through an array of coding exams, behavioral interviews, and whiteboarding sessions to compete for the most desirable positions.

The growth in demand for AR/VR engineers has quickly outpaced the high demand for blockchain engineers in the previous year as many smaller blockchain startups struggle to gain mainstream traction.

On the other hand, 74% of engineers in the survey expected to see the full impact of AR and VR within the next five years, and nearly half named the tech to be among the top three skills they desire to learn in 2020.

According to IDC, global spend on extended reality (XR) technology, which includes AR and VR, is expected to increase by 78.5% in 2020. Major technology players, such as Apple, Facebook, and Google, are working to further develop the technology as well as integrate it into our everyday lives.

Forbes recently released the following information regarding the top five trends in AR and VR for 2020, all of which may contribute to increased demand for engineers in the field: