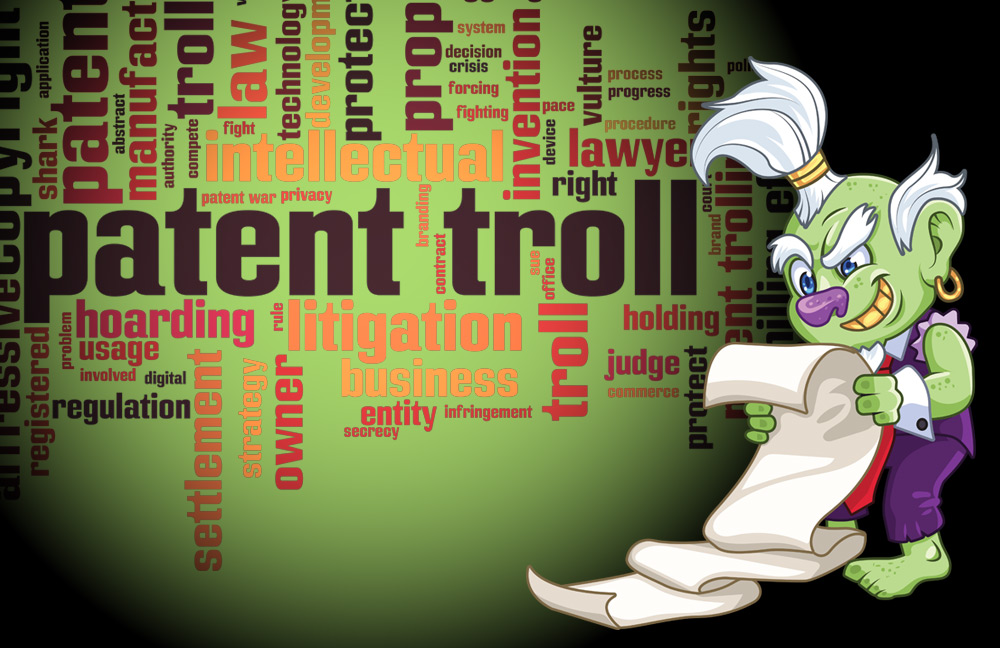 Over the years since Magnavox sued Atari in 1974 over the user interface for Pong, a cottage industry has emerged based on enforcing patent infringement rights and extracting licensing fees from companies using latent technology. While the Magnavox case involved digital manipulation the company was actively implementing into its own products, the case gave rise to the so-called ‘patent trolls’ – individuals and firms who generate revenue by suing companies that knowingly or unwittingly infringe on their patents.

And since that 1974 lawsuit, the video game industry has been at the center of this controversial practice. Patent trolls lurk under bridges along the path to video game development and monetize  patents that they own with no intention of using themselves. The patents for intellectual property or processes the trolls either created, bought, or licensed from coders or defunct companies are often used simply to force defendants to settle out of court or pay exorbitant licensing fees in order to continue with their game development work and avoid the possibility of a potentially financially crippling judgment

Patent trolls pose a serious danger to the video game industry as they impede innovation. While attempts have been made to expose and prevent patent trolling, the practice is legal in most countries, and current US patent law makes it a potentially lucrative business.As such, it continues to present a major nuisance for video game companies.

Why should video game companies be concerned about patent trolls?

A patent troll has been defined as an entity that uses its patent rights to aggressively file (often false) “bad faith infringement threats and licensing demands that require companies to spend a significant amount of money to settle these claims without any addition to the public good.”

Also known as Non-Practicing Entities (NPEs) or Patent Assertion Entities  (PAEs). Vague and overbroad software patents can act as a disincentive for the video game companies to innovate and create. Patent trolls can represent a thorn in the side for video game companies in particular, as courts may be unclear to what extent game companies and designers develop their games around the technologies involved and how the legal issues and problems manifest in the cases raised by patent trolls. This is one reason expert witnesses often play key roles in patent infringement cases.Judges understand patent law but often must rely on industry professionals to provide opinions based on “knowledge, skill, experience, training, or education” to help the judge or jury understand the relevant science or technology involved in the case.

What can video game companies do to prevent patent trolls?

There are several steps which video game companies can take to avoid falling victim to patent trolls:

While prevention is better than cure, an attorney can aid video game companies in fighting their cases of alleged patent infringement. Video game lawyers will be able to formulate strategies to thwart patent trolls through the courts or quasi-judicial hearings, such as:

Despite government and industry efforts to reform the process, patent trolls continue to plague the video game space. Trolls continue to file lawsuits against video game developers allegedly who infringe upon the patents that they hold. Consequently, video game companies must be aware of the risks they face when developing, purchasing, or leasing technology. They should specifically pay attention to the details of the demand letter should one arrive in the mail from a patent troll. A patent lawyer well-versed in the video game industry can help video game companies to pre-empt or combat patent trolls.