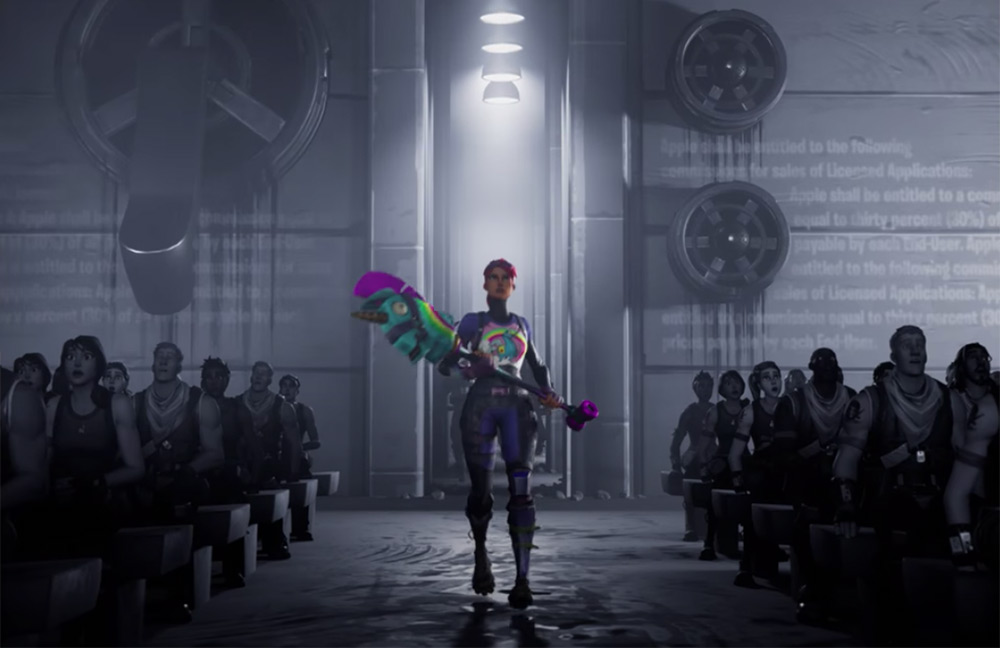 Epic Games is suing both Apple and Google after the companies removed Fornite from their respective app stores. The game publisher is not seeking monetary damages. Instead, Epic urges the court to order an injunction halting what it sees as anticompetitive behavior from Apple and Google. Epic CEO Tim Sweeney said in a tweet: “We’re fighting for open platforms and policy changes equally benefiting all developers.”

The lawsuit is designed to settle whether Apple and Google’s requirement that developers run all their payments through their app stores conveys them an unfair advantage. Both the Apple App Store and Google Play Store collect a 30 percent cut from these transactions. On August 13, Epic added an option that allows players to make payments for Fortnite in-app content directly to Epic, rather than through the app stores. Epic offers players that use this option a discount, undermining Google and Apple’s commission.

Google and Apple removed Fortnite from their app stores within hours. Now, Epic has filed suit against both companies, alleging that “Apple’s removal of Fortnite is yet another example of Apple flexing its enormous power in order to impose unreasonable restraints and unlawfully maintain its 100% monopoly” on in-app payments on its devices. The argument that Apple has a monopoly on in-app payments is not novel; it was also made by members of Congress during a recent antitrust hearing before Congress.

It appears that Epic Games prepared its lawsuit and marketing campaign promoting its fight with Apple in advance and that its implemention of direct payment was provocation to bring the matter to a head. After announcing its lawsuit, Epic released a marketing video to promote its effort. The promotional video is reminiscent of Apple’s famous “1984” Super Bowl commercial which promoted the Macintosh computer.

Epic’s parody advertisement depicts a totalitarian Apple giving a pro-monopoly speech on a large TV screen to an entranced audience. A Fortnite character runs in with a hammer, shattering the screen. Epic’s video promoting its lawsuit this way is a nearly scene-for-scene pastiche to Apple’s Macintosh spot.

“Epic Games has defied the App Store Monopoly,” the company announces at the end of its marketing video. “In retaliation, Apple is blocking Fortnite from a billion devices. Join the fight to stop 2020 from becoming ‘1984.’ #FreeFortnite.”

While Epic Games’ scale pales in comparison to Apple’s $2 trillion market capitalization, it still has the resources for an extensive legal battle. The $17 billion company is partly owned by Tencent, one of the largest video game corporations in the world. Moreover, with more than 350 million registered players, Fortnite’s developer is sure to have millions of players in its corner as it wages its public opinion campaign.