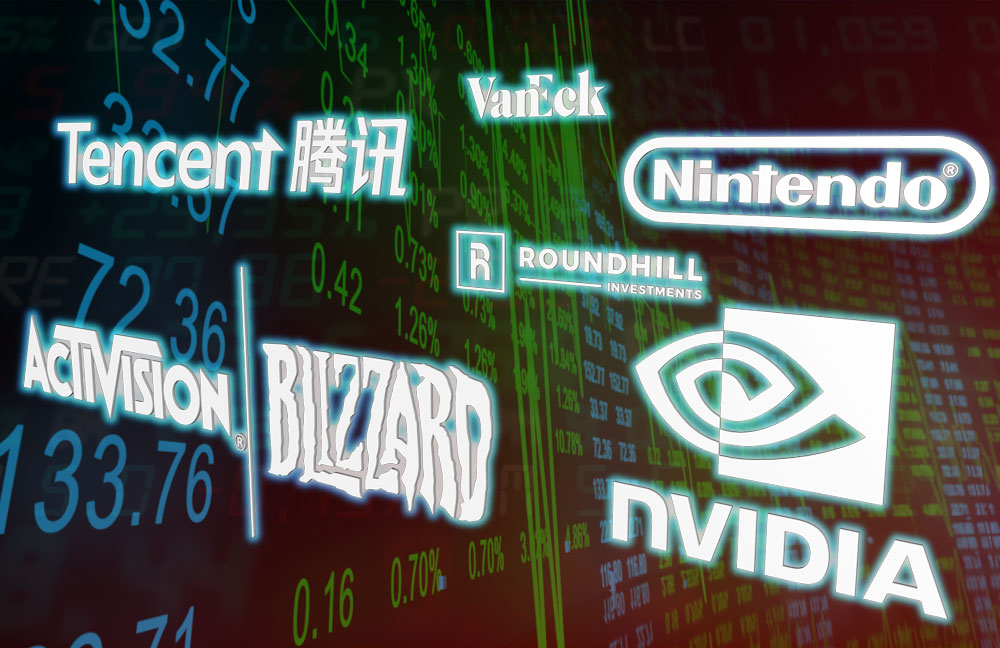 As esports continues to grow, so do opportunities to invest in the business. Investors seeking to profit from this period of exponential growth have a variety of stocks and exchange-traded funds (ETFs) covering various segments within the esports industry from which to choose.

The games underlying the leagues, tournaments, and events around the globe are at the core of the esports industry and so the stocks of their developers and publishers are obvious considerations for equity investment. So too are the hardware manufacturers that both drive and benefit from advancement in the video games industry, as their processors, microchips and other equipment form a key part of the technological foundation that supports such gaming.

If a gaming company is measured by the success of the games it produces, Activision Blizzard (NASDAQ: ATVI) would certainly be considered an industry success. The company’s flagship game, Overwatch, is one of the principal esports games, having spawned numerous leagues and competitions that have helped grow its reach and popularity.

Activision previously agreed to a two-year, $90 million deal with Twitch to distribute the first two seasons of Overwatch League in North America. This partnership has helped grow the Overwatch brand and reach throughout the esports world. Due to its success, the Overwatch League has garnered major sponsorship partners, which include Coca-Cola Co., Toyota Motor Corp., T-Mobile US Inc., HP Inc. and Intel Corp.

Activision recently hired its first CMO, David Messinger, a veteran of Creative Artists Agency (CAA) and there have recently been talks of Disney acquiring the company as Disney looks to expand its reach in the entertainment industry.

Electronic Arts (NASDAQ: EA) is a pillar of the global video games industry and has been developing and publishing games since the 1980s.

Over the years, EA has come to prioritize multiplayer games, many of which are well-suited to esports. One of EA’s key differentiating resources is its well-established line of EA Sports titles, many of which are based upon exclusive license deals with major sports brands and professional leagues, and includes FIFA, Madden NFL, NHL, NBA Live, and UFC. Of these, the FIFA series is one of the biggest global franchises, far surpassing any other sports titles in terms of Twitch viewership, and EA Sports Madden, which has been a dominant title in sports gaming for decades, and shows no signs of slowing down, with a record number of pre-sales for Madden 2020 in August 2019.

EA’s most recent quarterly results showed an increase in revenue without any new game releases. This seems to indicate that EA can continue to build its business on its already solid foundation of games, and if future releases have the same staying power, it would seem that EA’s business would continue to grow.

China-based Tencent Holdings (OTC: TCHEY) operates in an array of internet-based services, from entertainment to artificial intelligence. On the esports front, Tencent is now the parent company of Riot Games, the US video game developer. Riot of course is developer of League of Legends (LOL), a global sensation that has resulted in esports leagues and competitions around the globe. Last year, LOL fans logged a total of 10.65 million viewing hours watching the game’s eight-day world championship tournament.

Tencent also holds a minority stake in Epic Games, creator of Gears of War, Infinity Blade, and Fortnite, which has a base of 250 million registered users. It should be noted, however, that even after the highly-touted Fornite world championship with a $3 million first-place prize, the game has been on a steady decline, and is losing users and revenue after bringing in $2.4 billion in revenue last year.

As Fortnite tries to regain its footing, Tencent has began to build its esports portfolio on its own. The company is developing new games itself which it hopes it can add to its portfolio of esports successes.

With a market cap of some $429 billion and a portfolio of household gaming names, Tencent is one of the world’s largest gaming and social media companies. An investment in Tencent is a bet on popular games like League of Legends and Fortnite, while also a stake in an innovative international conglomerate with its sights set on much more than the esports industry.

Nintendo (OTC: NTDOY) has been a household name for decades, even for those who aren’t familiar with esports culture.  With a market cap of $44.6 billion, the company occupies a central place in the video games economy and esports as well.

Though Nintendo was slow to enter the esports market, Super Smash Bros. has long been a staple of fighting game tournaments.  Recently the company announced two official esports tournaments for 2019 in Japan for Splatoon 2 and Super Smash Bros. Ultimate. And recently CBS agreed to air the Nintendo World Championships later this year.

Nintendo continues to iterate on its popular games and consoles.  Nintendo’s newest console, the Nintendo Switch, has already sold almost 37 million units to date. A newer, cheaper version of the Switch will be released later in 2019, as Nintendo hopes to bring in even more users that it previously was not able to attract.

Nintendo also partnered with Tencent to bring the Switch to the Chinese market, with Tencent providing server and cloud services for the console’s online platform. Partnerships such as these may contribute to further growth of the company’s brand and position in the global esports market.

Growth of major chip and system designer Nvidia (NASDAQ: NVDA) has been boosted by a demand for its products in the esports and video games industries. Graphic processing units (GPUs) have been especially popular for gamers looking to improve the quality of experience an competitiveness.

To solidify itself in the esports world, Nvidia has entered sponsorship arrangements across the industry, with its GPU brand GeForce supporting a variety of esports teams.

Nvidia’s stock price took a major hit in 2018, as the cryptocurrency prices dropped and demand for Nvidia hardware used in cryptocurrency mining fell dramatically. Even with such a decrease in demand, sales of its GPUs seems to have stabilized.

With strong fundamentals and a solid position in the esports industry by way of sponsorships and its highly sought-after GPUs, Nvidia seems set to maintain and strengthen its market-leading position.

VanEck’s Vectors Video Gaming and esports ETF, known as ESPO, was the first single, tradable ETF to bundle stocks from across the esports industry. ESPO began public trading on October 16, 2018 and is comprised of companies that derive over 50% of revenues from the video gaming and/or esports industry. These companies have market caps in excess of $150 million, have a three-month average daily turnover greater than $1 million, and a minimum trading volume of 250,000 shares each month over the preceding six months.

Major holdings of ESPO include all of the companies previously mentioned as Advanced Micro Devices (NASDAQ: AMD) and Take-Two Interactive Software Inc. (NASDAQ: TTWO) among others.

Created by a firm called Roundhill Investments, the NERD ETF launched on June 4, 2019 on the NYSE. It is based on the Roundhill BITKRAFT esports Index (NERD Index) and tracks the esports industry based upon the combined performance of 25 companies including video game publishers, streaming networks, esports tournament and league operators/owners, competitive team owners, and hardware companies.

The esports ETF HERO launched on the Toronto Stock Exchange (TSX) on June 17, 2019 by Canadian firm Evolve. The fund’s investment objective is to replicate the performance of the Solactive eGaming Index, created by the German index firm.

Nothing in this article is intended as investment advice. Consult with your investment professional before making any investment decisions.