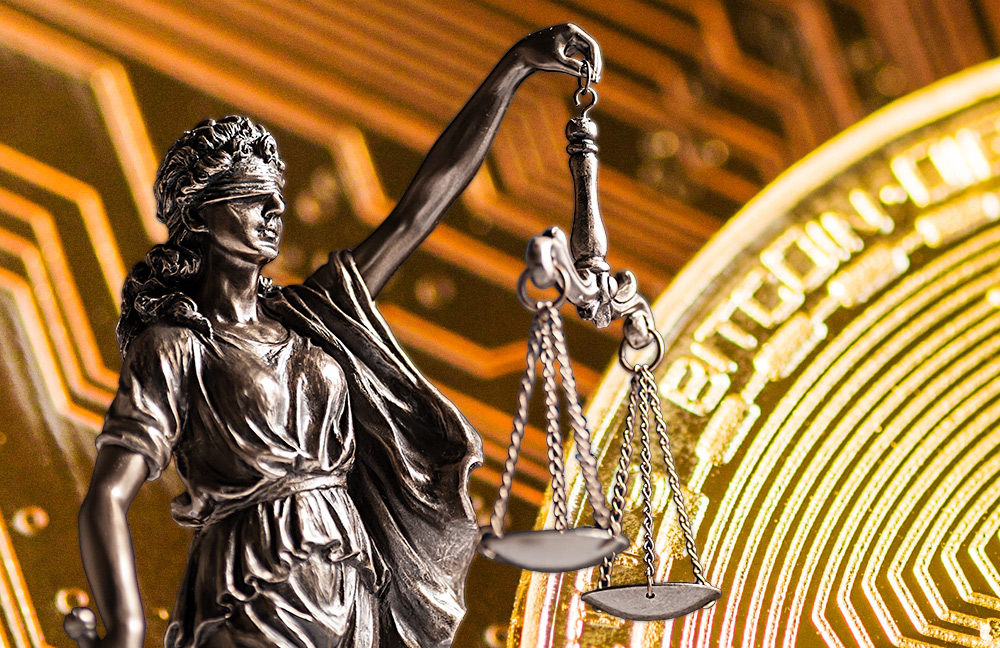 From intense personal disputes to regulators looking to take down unregistered securities, there’s no lack of legal battles in the blockchain industry. This shouldn’t come as a surprise. Blockchains and cryptocurrencies are still in their infancy, and as such, the legality of their mechanisms and uses is still being worked out on the fly.

Here are a few blockchain legal battles you should know about.

The Battle Over Who’s the Real Satoshi Nakamoto

The legal battle to end all legal battles might be one that is never resolved. The question of Satoshi Nakamoto’s true identity is one that dates back to the inception of Bitcoin, and has divided many cryptocurrency enthusiasts.

Many people have claimed to be Satoshi without any proof or evidence. But one person has taken their claim to the extreme: Craig Wright. All evidence points to Wright being part of Bitcoin from the early stages. The only problem is, there’s no evidence pointing to him as Satoshi. No matter how many claims Wright has made or documents he’s produced, Bitcoin developers have refuted them all with evidence and proof.

It seemed that no matter how hard the deniers pushed back, Wright pushed forward even harder. He began to sue those who accused him of being a liar using UK libel law, and even went as far as to try and copyright the original Bitcoin whitepaper, an attempt that would ultimately fall flat on its face.

Eventually, Wright would lay down his sword and publically agree to not move forward with any more legal maneuvers in an attempt to claim his identity as Satoshi. This leaves the mystery of Satoshi Nakamoto still unsolved.

Craig Wright and the Estate of David Kleiman

Unfortunately for Wright, he’s at the center of another high-profile legal battle. In early 2018, the estate of David Kleiman filed a suit against Wright claiming that it was entitled to half of all Bitcoin mined by Wright, amounting to over $5 billion worth of the cryptocurrency.

At one point, both parties were engaged in settlement talks, with a settlement seeming imminent. But since then, Wright explained he wouldn’t finance the settlement and went on to perform several antics, including potentially perjuring himself and calling a judge “silly” along the way.

He’s also stalling the courts with a motion to have over 11,000 documents remain sealed as a part of attorney client privilege, which identifies an early Bitcoin enthusiast as his attorney.

While it’s clear Wright won’t get out from under this suit, he has maintained that as long as he is forced to turn over his Bitcoin, he can maintain his claim as Satoshi Nakamoto, bringing a strange end to an even stranger story.

As with the stock market, in the cryptocurrency industry misleading investors is a no-no. According to ongoing lawsuits in both New York and Washington, Tether, along with cryptocurrency exchange Bitfinex, manipulated the Bitcoin market to their own benefit.

Suits alleged that as Bitcoin prices fell, Tether (USDT) was printed to purchase Bitcoin and artificially inflate the price, at which time the Bitcoin was sold back to USDT. All told, damages of $1 trillion are being claimed by the plaintiffs, Eric Young, Adam Kurtz, and David Crystal.

This kind of market manipulation is something that is hard to escape, and was even studied by two professors, John M. Griffin at the University of Texas at Austin and Amin Shams of Ohio State University, who analyzed transaction data and found a direct correlation to suggest manipulation by Bitfinex and Tether.

The relationship between the two entities is so entangled that it’s hard to tell where one stops and the other begins. In fact, there is a separate lawsuit against Bitfinex claiming it used Tether funds to cover up $850 million in losses.

SEC Fights Back Against Kik

According to the creators of messaging app Kik, their proposal for a cryptocurrency should not be viewed as a security, and therefore, the company did not register as such. This didn’t sit well with the SEC, which went out of its way to make an example of Kik, suing the company for not registering a sale of securities with the regulators.

The company raised $100 million in a 2017 token sale for its KIN cryptocurrency. Kik claims it operated in full transparency by conducting two token sales, one being a simple agreement for future tokens (SAFT) and the other being a public token sale. However, according to the company, the SEC has taken these facts out of context and conflated the two sales together, making it seem like a sale of securities.

Now, the SEC is collecting even more data about Kik to determine if the company was simply using the token sale to generate revenue for a dying company. According to Kik, the KIN cryptocurrency is already so widely used that it couldn’t possibly be considered a security. “Today you can earn and spend Kin in over 30 apps live in the Google Play and iOS App Stores,” the company said in a blog post. “Already, hundreds of thousands of people have exchanged Kin for goods and services. Kin is one cryptocurrency that truly is a currency.”

Just like any other industry, blockchain has its fair share of unethical business practices. According to former TRON Foundation employees, the CEO created an extremely hostile work environment, holding them to impossibly high standards. This culminated in potential physical abuse by Sun as allegedly witnessed by several employees. Ultimately, the employees filed a lawsuit seeking $15 million in damages.

Filings by the ex-employees allege that Sun sought employees who would work round-the-clock without questioning any choices of the company. “The kind of worker that defendant Justin Sun sought: an employee who was mainland Chinese, would not object or “rock the boat” when they saw actual or potential illegal activity […] and who would work […] from 9 a.m. to 9 p.m. daily, six days a week […] without […] voicing any concerns about illegal, unethical, immoral, or unscrupulous business activities.”

The lawsuit also alleges that while TRON touts itself as value-neutral, the company did nothing to stop the hosting of illegal content, such as child pornography and content that infringed on intellectual property rights.

With the continued breakneck growth in blockchain technologies and businesses, and with the law scrambling to keep up, we’re certain there will be no shortage of future material on this subject.  Stay tuned for future installments!