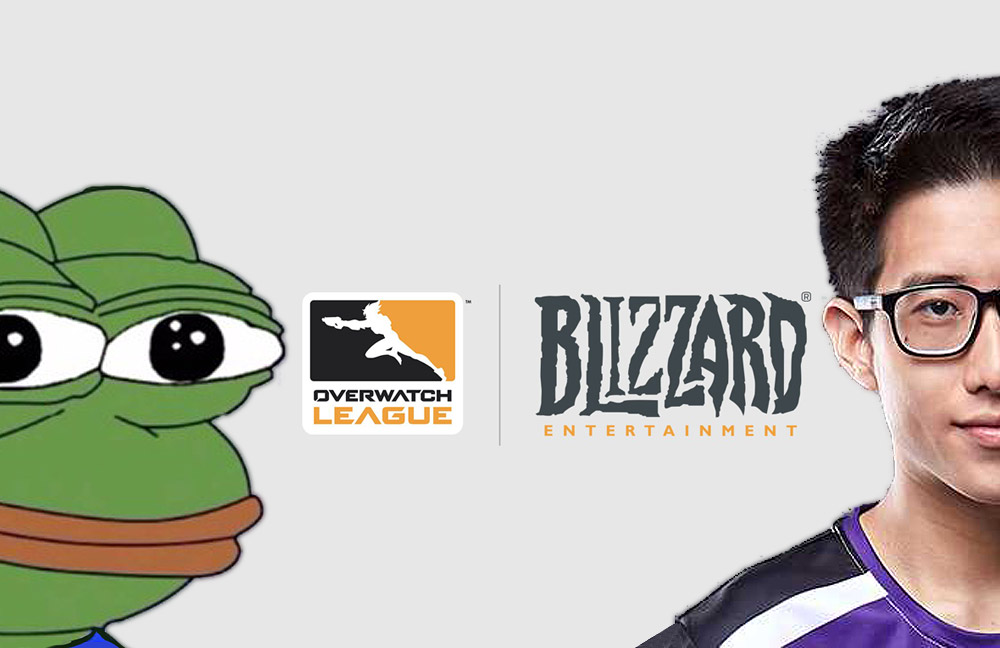 Ted “silkthread” Wang has released a video clip detailing a $1,000 fine he incurred from the Overwatch League (OWL) for posting a tweet that included the Pepe the Frog meme. Wang tweeted, “Does anyone else love Pepe the frog?” and attached a picture of the cartoon character.

The alt-right movement appropriated the Pepe the Frog image during the last decade, transforming the once-innocuous character into a symbol of hate and intolerance for many. Today, the Anti-Defamation League designates Pepe as a hate symbol. In an email to Wang detailing the reasons for the $1,000 fine, the OWL wrote:

“This behavior is unacceptable. Your comments violate the spirit of diversity and inclusiveness that makes Overwatch great. Comments like yours will not be tolerated by anyone associated with the Overwatch League.”

Wang claimed that he was unaware that Pepe was associated with racism and quickly deleted the post when he found out. After receiving notification of the fine, Wang said he visited the OWL headquarters in Burbank and successfully disputed it. While the fine was ultimately withdrawn, Wang said in his video that he would have been “smarter to take the fine. It would be pretty… cool to get legacized [sic] as the person that got fined for tweeting about Pepe the Frog.”

Wang played for the Los Angeles Gladiators during the OWL’s inaugural season. He retired from professional esports in November 2018.

Pepe the Frog originated in the 2005 comic “Boy’s Club, ” by Matt Furie. The artist never intended for the character to be used as a hate symbol. A new documentary details Furie’s fight against hate groups’ use of his creation and the turmoil he experienced upon realizing that his character had been misappropriated.

Pepe also has been used by non-racist causes, including the 2019 Hong Kong protests. Since the Wang incident, it appears that the OWL has softened its anti-Pepe stance. Earlier this year, Dylan “aKm” Bignet, a player for the Dallas Fuel, was not disciplined after he posted a birthday meme starring Pepe.