In staying with last week’s greatest-heist-of-all-time theme, it seems only fitting to dedicate a post to GEOHOT–real name: George Hotz. A twentysomething member of the Silicon Valley glitterati, Hotz humbly came to be known as one of the most famous hackers of all time, inadvertently igniting the hacking wars of the Summer of Lulz.

Hotz first entered the spotlight in 2007, as the first hacker to jailbreak the iPhone. The YouTube video demonstrating his success went viral – generating nearly two million hits, an interview with Erin Burnett on CNBC, and most notably, a congratulatory email from the archetypal hacker himself, Steve Wozniak. Technically, what Hotzdid was not illegal, but there were significant potential repercussions for both Apple and AT&T, and for the mobile industry at large. Yet neither company made any attempts to stop him.

Several years later, however, bored with unlocking iPhones, Hotz turned his attention to Sony’s PlayStation 3 – known at the time as the “only fully locked and secure system of the seventh generation era [referring to gaming consoles released by Nintendo, Microsoft, and Sonybetween 2005 and 2011].” In December of 2009, Hotz, who views hacking as just a competitive sport, blogged: “[t]he PS3 has been on the market for over three years now, and it is yet to be hacked… It’s time for that to change.” For Hotz, hacking is an escape from boredom that pits him against the machine – allowing him to commandeer and manipulate the system against the intent of the manufacturer. 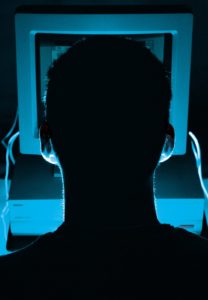 Several weeks later, Hotz announced that he had successfully hacked the PS3 with hyperviser level access. On January 26th, 2010 he shared his exploit with the public. Sony quickly responded by announcing a firmware update that would essentially disable the hack. Undeterred, a month later Hotz posted a new video claiming his progress with custom firmware that would circumvent Sony’s efforts to stop him. It wasn’t until Hotz posted the root keys of the PS3 on his website that Sony upped the ante and took Hotzto court. It started with a temporary restraining order, then a demand for all the IP addresses of visitors to Hotz’s site, and ended four months later with a settlement agreement whereby Hotz agreed never to hack another one of Sony’s devices again.

The interesting part, however, came next. Enraged by Sony’s fierce response and the potential chilling effect of the company’s legal actions, the hackers of the world united against the entertainment giant, led by the notorious Anonymous network. Using the reluctant Hotz as their cause and martyr,the group attacked Sony’s sites, including sony.com and playstation.com, with simultaneous visits until the sites crashed. After the settlement was announced, the group blasted the injunction against Hotz as a form of censorship that just fueled the flames. Some of the protesters made “FREE GEOHOT” t-shirts, while others protested in Sony’s southern California stores. The radicalblack-hatters called for a substantially more destructive approach. About a week after the case was settled, Sony revealed that it was a victim of a cyber attack that exposed the addresses, passwords, birthdays, and email addresses of over 75 million Playstation subscribers. Anonymous denied responsibility for the attack, but a few weeks later, it was announced that Sony Online Entertainment was also breached, revealing the personal information of 24 million user accounts. The hackers of this latter attack, however, left behind Anonymous’ calling card in a digital graffiti: “We are Legion.”

Hotz denied involvement in any of these attacks, and in fact posted a condemnation of these actions, calling them “uncool.” At the same time, in an interview for The New Yorker magazine, he said he didn’t intend to spark the hacking wars, but “[i]f being a techno-libertarian leads to online anarchy, so be it… I’m not a cause. I just like messing with sh*t.”