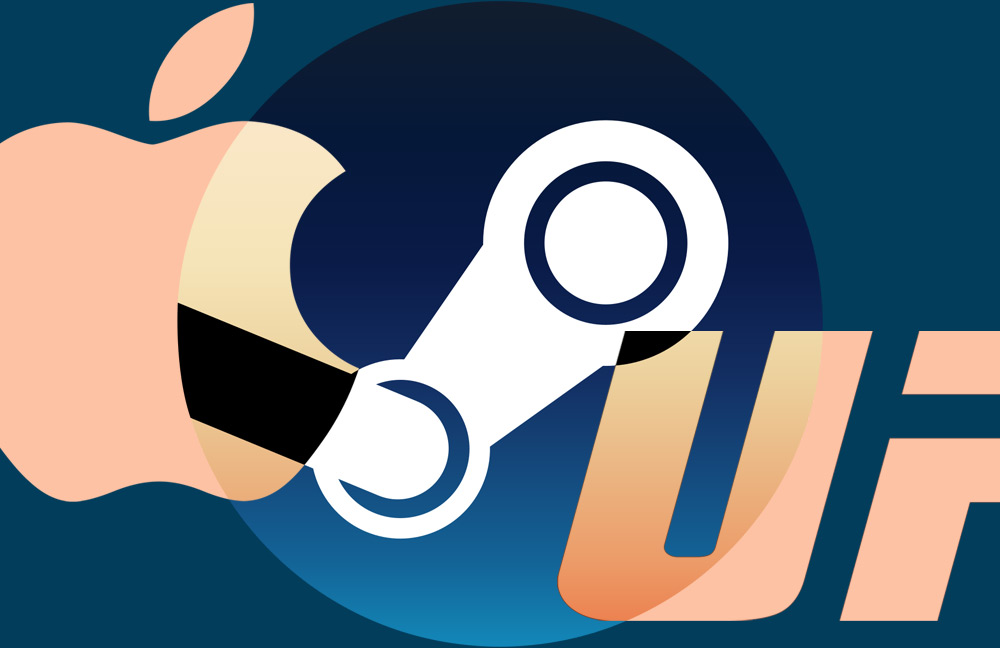 Well, it’s official: Apple did not abuse its monopoly position from 2006-2009.  Fresh off a stalemate with Samsung, Apple found itself back in court this fall.  For those who didn’t follow the blow-by-blow, the tale of the tape looked like this: Apple was being accused of anti-competitive practices during its mid-2000s stranglehold of the digital music market.  A majority market share of a new digital media distribution market from a few years back… sound anything like Valve’s domination of the digital games distribution market with Steam?

It’s been an interesting year for antitrust suits, actually, now that disgruntled fighters are suing the UFC.  There’s always a danger in having a majority market share – almost any business decision can make you vulnerable to lawsuits.  Apple survived its class action suit, but their victory seemed at least partly due to some forehead-slapping oversights by the class action lawyers (the named plaintiffs ended up being disqualified because they had never owned the exact iPod models in question).  It can be hard to remember given the proliferation of digital devices and distribution platforms in the years since, but in 2006, Apple really was the only game in town for digital music.  UFC is another easy target for anti-trust suits given its Rousey-armbar-like grip on Mixed Martial Arts fights.  And PC gamers know that Steam’s hold on the digital games distribution market is every bit as pervasive as UFC’s control over MMA, or Apple’s position in 2006.  Steam looks every bit the monopoly that landed Apple and now the UFC in court.  Could Valve be similarly vulnerable?

Apple, as you may recall, developed iTunes into one of the first truly viable platforms for digital media distribution in the early 2000’s (beginning with its digital music store).  For the first time, a mass audience was purchasing and downloading digital versions of songs from the iTunes store, and then playing them their then-ubiquitous iPods.  The lawsuit alleged that Apple engaged in anti-competitive practices from 2006-2009 when its iPod and iTunes software were updated so as to delete music acquired from non-iTunes sources (seemingly targeting Real Network’s rival music store).  Apple faced over $1 billion in damages from the lawsuit and anti-trust sanctions – $350 billion in compensatory damages to customers, plus $700 billion more in treble damages for abuse of its monopoly.

It’s the anti-competitive aspect of the lawsuit that could’ve cost Apple the most money, and it’s this aspect that has the most relevance for Valve.  After all, underpinning the whole claim was Apple’s dominant position not just with iTunes but also with iPods.  If Real Networks had an equivalent to the iPod, it really wouldn’t matter much if iPods only played iTunes music.  But from 2006-2009, virtually nobody had any device that could reasonably be called a rival to the iPod (did anybody actually ever own a Zune?  If so, did they keep it in the same drawer as their PSP Go?).

So what about Valve?  Sales figures for digital games are never very precise since there are no SKUs to track, and Valve (like most companies in digital software distribution) does not release Steam sales figures publically.  However, IHS Scree Digest estimated that Steam captured 75 percent of the global market just last year.  That’s a monopoly on par with Standard Oil.

Luckily (or smartly) for Valve, however, Steam is a very different beast than iTunes was and is, mostly in degree of control of the product distributed.  Valve seems to keep a much lighter hand, leaving most decisions about how the end user experiences a game to the developers, from prices to forum management.  This has even led to some calling for Valve to exert more control over what’s on Steam.  I don’t think anybody ever asked Apple to hold iTunes with a tighter fist.

Moreover, Valve exerts little control over the methods of end user’s consumption of Steam games.  In the mid-2000s, users would play Apple-purchased music on Apple devices like iPods and the then-new iPhone.  Steam, on the other hand, delivers software to platforms over which Valve has no control.  Even with their ambitious Steam Machine project, bringing Steam games into the living room, Valve is taking a very loose-handed approach.  Once again, some are calling for Steam to exert more control lest the disparate Steam Machine models and specs confuse customers.  Valve seems to be making an Android, not an iPhone.

Valve has been quite wise so far how it acts within its digital distribution fiefdom.  In almost every decision, they opt for less direct control rather than more.  When you have a majority market share, that’s how you stay out of court.  Simply put, the parallels between Valve and Apple (or the UFC) shouldn’t be stretched beyond reason, even with the looming Steam Machines.  After all, in 2006 Apple was practically the only device worth having for music on the go.  Apple’s position in 2006 was more akin to the movie studio cartels that controlled both the production of films as well as the theaters that showed them (which were broken up in the 1970s).  Whoever is advising Valve in how to navigate the profitable but tricky waters of market monopolization, they’re doing a good job of it.