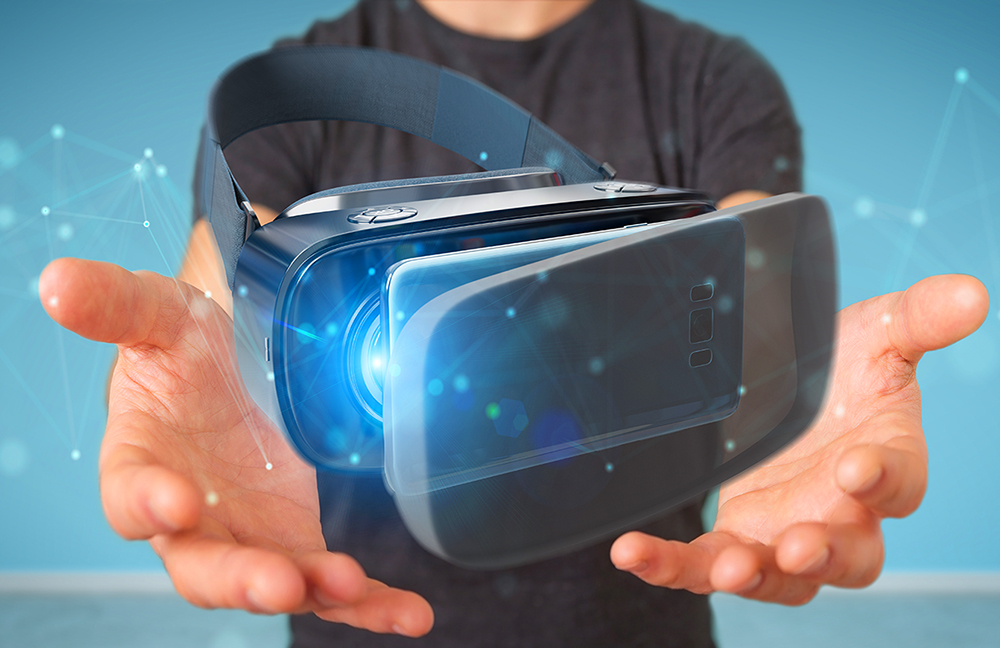 If, in the mid-1990’s, you had asked any gaming industry expert about the future of gaming, you would have received a singular unequivocal response, in unison: Virtual Reality. Thinking back almost two decades, the hype and excitement were palpable; the possibilities and expectations for the technology, and the benefits it could bring to gaming were limitless. In retrospect, with clunky headsets, poor graphics, and prohibitive equipment prices, it’s pretty clear now, that 90’s era virtual reality was doomed to fail. These days, a quick survey of gaming expos and conferences in 2012, reveals that virtual reality is back and cooler than ever.  Is the gaming world ready for it – this time?

Before getting much deeper into the VR question, let’s first take a look at the console technology bringing VR, in whatever new form it comes, back to the forefront of gaming tech.

First, came Nintendo’s Wii in 2006, which revolutionized the user experience. Not only was the original bulky controller redesigned into a sleek and ergonomic wand, but it was wireless – with an innovative motion sensor that was capable of detecting movement and rotation in all three dimensions. For the first time, players could physically interact with the virtual world – a seachange in the gaming experience.[1]

Then in 2010, Microsoft took it one step further (down the rabbit hole of immersive technology) with its revolutionary Xbox Kinect. More than just a motion sensor device, the Kinect freed gamers from the controller altogether – in fact, that was the hallmark of its advertising campaign, turning the gamer into the controller[2]. With a sophisticated depth-sensing camera and infrared scanner, Kinect is capable of tracking movement, voices, and can even identify faces, without any sort of hand-held device. With the release of Kinect, Microsoft again transformed what it meant to play video games. “Microsoft has insisted that the Kinect is only the start of its foray into ‘natural user interface’ urging us to consider a world where ‘interacting with a technology becomes as easy as having a conversation with a friend.’”[3]

Recently at the Consumer Electronics Show in Las Vegas, Microsoft unveiled a new project called IllumiRoom “which uses projectors to overlay images from the TV screen to all of the walls in the room.”[4] The result is to provide the gamer with a fuller and more immersive gaming experience – animated snowflakes on the walls of your livingroom, stars floating by as you travel through space, and a ripple along the walls to imitate the reverberation of a gun shot.[5]

As Ninetendo and Microsoft continue turning our living rooms into the world of the game, a Southern California startup has some newer, new ideas. They are doubling down on virtual reality (throwback headset and all), but this time, they are doing it 21st century-style. As all trendy startups do these days, Oculus launched a Kickstarter campaign to raise $250,000, aiming to raise money to build developer kits for its hardware. The Orange County based company, however, received over $2.4 million when the final tally came in; looks like the public is eager for virtual reality again too. Their unique new product, known as Rift, claims to deliver the first truly immersive gaming experience.

Although Rift is not itself a computing device, it’s simply a 3D headset with a lens that allows the user to enter the world of the game – it promises to make virtual reality the new standard in gaming. Initial reviews of the experience have all been positive. At a virtual reality panel discussion during the SXSW Gaming Expo, Gears of War designer Cliff Bleszinski proclaimed: “There are two types of people when it comes to the Oculus Rift… There are those haven’t seen it, and those who have seen it and believe.”[6] With a mixture of humility and hubris, Oculus seems to be hitting the mark. Among its many improvements over old school headsets, Rift is made to be much more comfortable to wear. It incorporates all the modern graphical capabilities, bringing the experience closer to reality than users have ever seen before. Those that have been able to demo the Rift admit that the experience is so overwhelming that they had to fight the urge to reach down and touch the virtual falling snow.[7]

Aside from the technological innovations, it’s Oculus’ business approach that’s the most interesting. Exhibiting a keen self-awareness and a healthy dose of reality about Virtual Reality’s past– Oculus is moving forward quickly, but also smartly. The company is working with top developers like Valve Software (makers of “Half-Life” and “Team Fortress”) and Epic Games (creator of “Gears of War” and the Unreal graphics engine, which is one of the most commonly used graphics engines in games).[8] While their ultimate goal is, of course, the consumer market, for now, they are focusing on getting the product out to developers to ensure there is content first.

This month the company is sending out 10,000 developer kits for the Rift, while hesitating to commit to a launch date for consumers. Their Senior Product Manager, Joseph Chen, tells CNBC: “We have to have great virtual reality content… We think new games will evolve out of this. It’s not just going to be ‘go there/kill this.’”[9] Rather according to Chen, Oculus is hoping to temper expectations and build momentum slowly and organically. “[AAA games take time]. We’ll initially get ports – and those will be cool – but it’s that second generation where things start to get really exciting.”[10]

While we wait for the fate of Oculus (and virtual reality) to unfold, the question of Rift’s success seems to be a psychological one. Microsoft has spent the last several years focusing on blurring the lines between the real world and the world of the game. Now that we’re all flailing our arms, kicking our legs, and dancing around our livingrooms, can Oculus really convince us to put a headset back on? Assuming the technology is truly good enough to overcome the burden of donning equipment, is the future of gaming about freedom from hardware, or are gamers willing to return to equipment so long as it offers them the most immersive experience possible? Only time will tell.