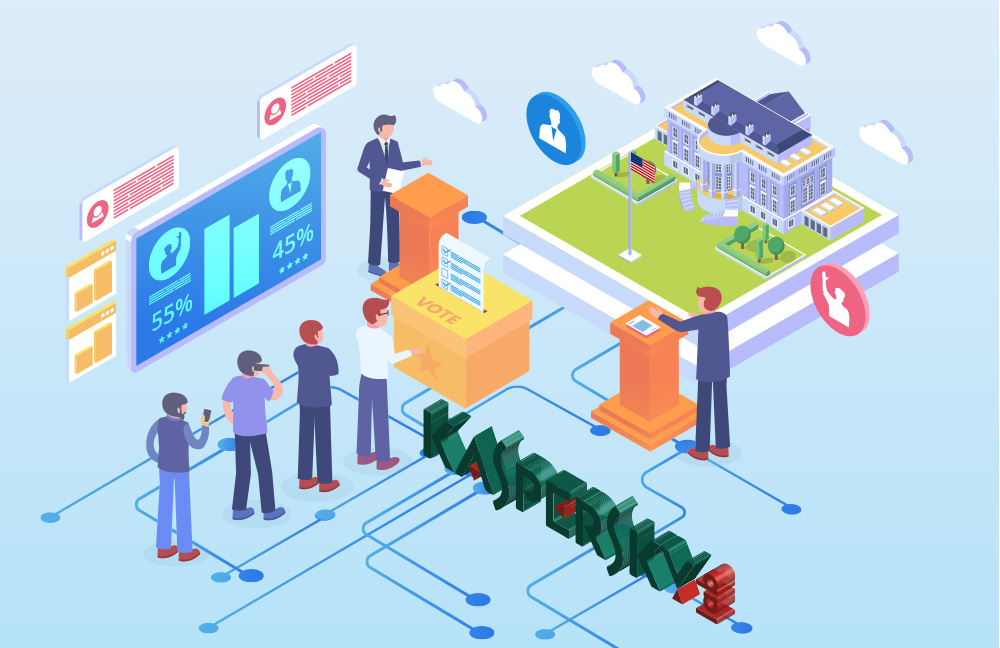 Software from Kaspersky Lab was banned from use on all U.S. government computers as of October 1, 2019, due to its potential to breach national security. However, the Russian cybersecurity firm has just announced a voting machine that utilizes blockchain technology that could change the way votes are placed in countries around the world.

Why Is Blockchain Relevant for Voters?

Blockchain technology utilizes a distributed ledger system to store information in a way that is near impossible to tamper with. As the name implies, with blockchain, each “block” of data is “chained” to the information preceding it. Thus, there is a systematic, auditable log of every piece of information that has ever been added.

The “distributed” nature of blockchain means that it isn’t stored in one place. No single server or backup holds the blockchain. Rather, it’s distributed across many systems that must all be in agreement about the data. This means a hacker can’t access votes on a blockchain and change the results because the other systems that also hold the original, legitimate information would reject the changes and continue with the original, correct data. The altered data would simply be thrown out.

The only way to “change” blockchain data is if more than half of the holders of the blockchain agree that the change is relevant, at which point the blockchain branches off – or “forks” – to create a whole new blockchain with the new data.

The technology is currently used for everything from cryptocurrency, like Bitcoin, to shipping and logistics to government administration, such as in Dubai. Blockchain could put an end to fraudulent voting as each vote would count equally, be cast only once per validated person, and remain tamper-proof, all the while retaining both transparency of information and anonymity of identity to any other holders of the data.

What Is Kaspersky’s Voting Machine?

Kaspersky’s voting machine is based on Polys, an Ethereum-based voting system they launched in 2017. However, because this technology can appear complex for non-tech-savvy users, it would not be a viable solution for voting on a broad scale. Kaspersky’s new voting machine is targeted toward people who might not be comfortable utilizing an online portal. These voters are able to utilize a traditional polling booth that then utilizes the distributed ledger technology to log their votes.

In addition, the online portal option allows users who are adept with such technologies to utilize a computer or mobile phone and internet connection to cast their votes, avoiding long lines and reducing additional costs. With this combined approach, users can choose the method with which they’re most comfortable, which may result in greater numbers of voters because it eliminates geographic and temporal barriers. Either method allows voters to verify that their vote has been cast, securely transmitted, and recorded on the blockchain once they finish voting.