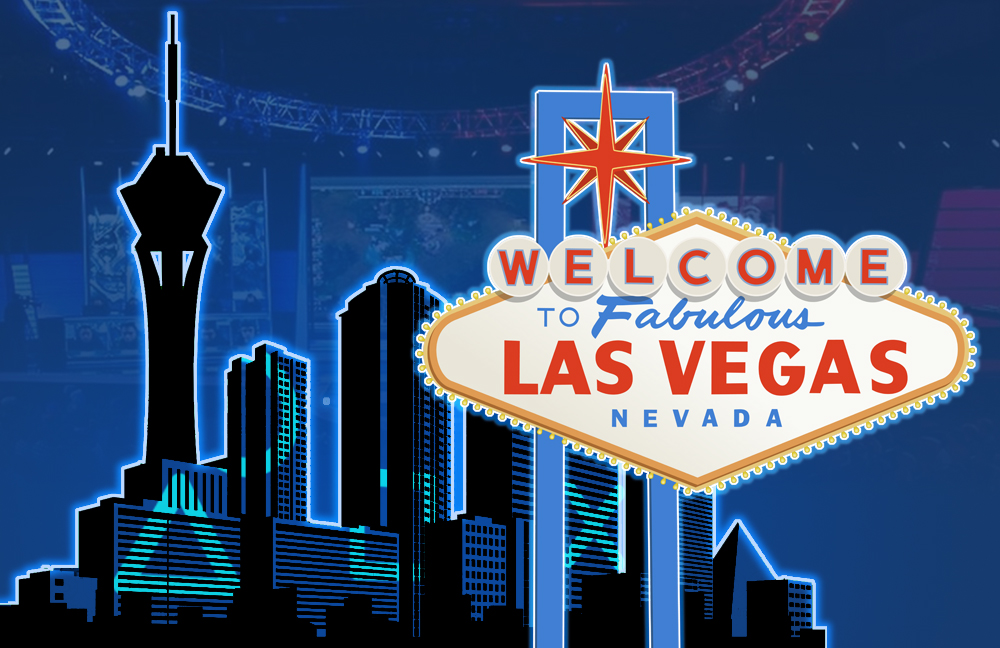 With esports on the up-and-up, Vegas is finally starting to cater to a new audience. If the city plays its cards right, it could potentially increase visitors and revenue to city businesses.

In 2005, the long-running Evolution Championship Series (‘EVO’) uprooted from its home of California and relocated to Las Vegas. Over a decade later, the tournament has grown into one of the most recognizable names in competitive gaming, attracting thousands of players and spectators to each event.

EVO’s 2009 event reached the milestone of 1,000 players. In August of this year, the tournament surpassed 11,000 registered attendees. An audience of over 15,000 filled the stands at Mandalay Bay, while a peak of 238,000 fans watched from home. EVO is a hugely popular event, and not just by esports metrics.

Similarly, the esports industry has grown as a whole: the esports industry accumulated over $517 million worldwide in 2017 alone [reference?], and the video game intelligence provider Newzoo predicts that the industry will be worth an outstanding $1.5 billion by 2020. With numbers like these, it was only a matter of time before the major casinos would seek to take advantage of this significant profit opportunity.

In March 2018, the Luxor Casino unveiled the esports Arena on Las Vegas Strip. Is former night club had been repurposed into a 30,000 square foot esports arena that towers over the Vegas strip. The “flagship venue” features a state-of-the-art eSports stage outfitted with high tech broadcasting equipment, making it an ideal destination for pro-gamers to compete and for fans to watch their favorite players.

Don’t like just watching other people play video games? The esports Arena has VR stations and daily tournaments that allow anyone to jump in for an hourly fee. Not a fan of today’s modern esports? Head down to the retro arcade to enjoy old-school classics like Pac-man and Asteroids. Don’t like video games at all? Stop by the cocktail bar for a drink or a meal crafted by world famous chef José Andrés. The Luxor has all their bases covered, catering to just about every type of Vegas tourist. At the very least, the giant pyramid shaped structure housing a 50 foot tall LED video wall creates a spectacle that would peak most people’s interest.

Popular Fortnite streamer Tyler “Ninja” Blevins helped validate the Luxor’s esports endeavor by headlining his live show, ‘Ninja Vegas 18’ on the main stage of the arena. The sold-out event shattered streaming records on Twitch, peaking at 644,815 concurrent views over the course of six hours. Blevins himself cited it as the best event he had ever been a part of, playing with fans and pro competitors in a night that went down in gaming history.

Earlier this year, Battle Royale game H1Z1 partnered with one of the strip’s major casino names to hold an ambitious large-scale live esports event. The H1Z1 Pro League was derived from a partnership between the game’s developer, Daybreak Games, the independent league operator, Twin Galaxies LLC, and Caesars Entertainment, who hosted the series at a 50,000 square foot production facility. Over the course of ten weeks, fifteen teams of five players competed head-to-head in front of a live audience and streaming viewers to battle for the top of the standings. While the season didn’t receive the greatest reception or draw in the largest crowd, it further established Las Vegas as a major esports destination.

Put it All on eSports

Las Vegas is, of course, uniquely positioned within the US to take advantage of esports betting. gambling While it is illegal in most of the US states, esports betting is by no means a fledgling concept. From money matches held outside of tournaments to Counter Strike: Global Offensive and DOTA 2 skin betting online, and fantasy esports sites which amass millions of dollars every year, gambling has long been associated with every almost aspect of the scene. In Vegas, however, esports gambling goes big.

In December of 2017, esports betting organization Unikrn formed a partnership with MGM Resorts to bring esports tournaments to the newly debuted Level Up lounge. While nobody is actually betting on these bi-weekly events that feature small prize pools, it’s great publicity for Unikrn and an even greater opportunity to test the waters for future developments.

It’s clear that big businesses are finally becoming aware of the money to be made in esports. Partnerships and dedicated arenas are a good start, but the true potential of the industry still lies beneath the surface. With a little more time and a steady stream of investments, Las Vegas may soon add “Esports Capital of World” to their list of monikers.