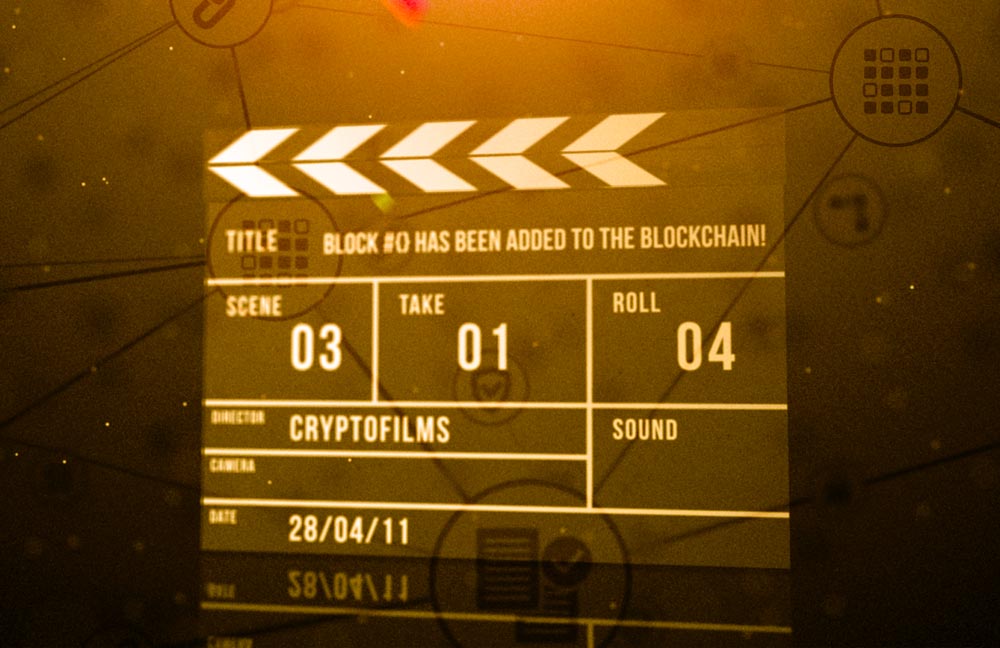 Non-fungible tokens (NFTs) are once again proving their versatility. Entrepreneurs have found a variety of compelling uses for them in video games, drink recipes, digital art, fantasy sports, and more. Now, the movie industry is joining the picture by launching its own NFTs. Creating NFTs for films has been gaining steam, whether for enhancing the real-time theater experience, selling merchandise, raising capital for independent films, promoting new releases, or generating nostalgia for classic cinema.

The Film Industry Looks to NFTs For New Experiences

With the waning of COVID-19 and the reopening of entertainment venues, movie studios are looking for new ways to enhance fans’ viewing experience. Way back in 2018, 20th Century Fox used limited edition digital poster NFTs to promote Deadpool 2. For the release of Godzilla vs. Kong, Legendary Entertainment announced it would issue a specially-created NFT collection on the movie’s release date, marking the first NFT collection by a major studio. The NFTs were created by Australian digital concept artist BossLogic (Kode Abdo) and secured by digital blockchain technology.

In 2021, the Matrix universe announced its own NFT collection, but instead of digital art, these NFTs would comprise human avatars. Produced in collaboration with the Nifty’s marketplace, these NFTs were built using Epic Games’ MetaHuman Creator and went on sale on November 30. Each human avatar is randomly generated, and users could insert themselves into the Matrix universe as unique characters. The avatars were so popular that the vendor’s website crashed within moments of launch. Once the glitch was corrected, all 100,000 avatars sold out in less than a week. Buyers of the Matrix NFTs do not own the commercial rights to the avatars. NFT creators, however, should be aware of a film’s copyright status and other contractual issues covering film copyrights, trademarks, publicity rights, and other legal issues.

A Brief Primer on Copyright Law

Under Article I, Section 8, Clause 8 of the US Constitution, copyrights expire after a certain amount of time – they cannot go on forever – in order to promote the progress of science and useful arts for the public. Until their copyrights expire, however, copyright creators maintain the exclusive right to use and profit from their creations and discoveries. This clause forms the basis of intellectual property laws in the US.

Copyrights protect original works of authorship fixed in a tangible medium, whether they are published or unpublished. Housed in Title 17 of the U.S. Code, the Copyright Act of 1976 provided a comprehensive revision of the law, recognizing fair use and specifying that copyright extends to a creator’s expression or interpretation of concepts but not to the ideas and procedures themselves. Unfortunately, there is no comprehensive list of films in the public domain, but some books and websites (including Wikipedia) have tried to keep track of films that have moved into the public domain.

Generally, copyright expiration rules differ depending on when the protections were instantiated. Original works of authorship, including movies, made prior to 1978, are protected for a maximum of 95 years from the date of publication, subject to renewal during the 28th year following publication. For movies made or copyrighted in 1978 or later, protections will expire, and the movie will move into the public domain, 70 years after the creator’s death. Most movies made before 1926 are now in the public domain. However, NFT creators, in particular, must be careful when using movie clips to avoid running afoul of copyright holders.

For NFT collectors who love cult classics and films from the Golden Age of cinema, Quentin Tarantino’s “Pulp Fiction” NFT series which is soon to be launched on OpenSea, will depict scenes from the film in addition to the release of “secrets” that include never-before-seen footage, outtakes, uncut original handwritten scripts, and director’s commentary. Collectors can keep the secrets to themselves, share with a few friends, or disclose them to the world. These “Secret NFTs” represent a new asset class that lives on the Secret Network. Designed after the Ethereum blockchain, they have programmable privacy features, an optional private metadata field, support private ownership, and allow creators to determine access control.

NFTs can offer filmmakers additional income streams. But they must own the film – and soundtrack – rights to use movie clips for NFTs. Tarantino is finding this out, as he has already been sued by Miramax which is seeking to halt his sale of Pulp Fiction NFTs. The lawsuit alleges that Tarantino’s contractual film rights extend only to interactive games, live performances, and other ancillary media, and do not include NFTs. Additionally, the lawsuit claims that while Tarantino can “publish” pieces of his screenplay, his rights do not extend to NFTs.

Who Owns the Rights to These Films?

Filmmaking is perhaps one of the most convoluted exercises in terms of intellectual property rights. So many people can be involved in each stage of the movie-making process, from script to screen and even post-release with the rise of NFTs.

Generally, film copyright belongs to the person or entity who arranged for the film to be made. The production house/producer of the film usually possesses the rights to the movie, but individual investors may also hold copyright. The copyright holder will only own the moving images and sounds of the film but not necessarily the underlying works in the film such as the music or the script. However, copyrights to films can also be determined by a contractual agreement, which can divide the copyrights in a number of ways, such as over a certain period of time, through employment contracts, literary rights, as well as for creating derivative works like NFTs that use the film content. All transfer of copyrights must be in writing and the chain of title unbroken.

So far, these rules apply to NFTs as well. As the lawsuit between Tarantino and Miramax demonstrates, the legality of NFTs and film copyrights are still a bit fuzzy in this case because the contract was executed before NFTs existed. Yet, NFT owners should be aware that an NFT purchase does not mean that they own any rights to the film themselves—only the NFT itself. Creators of NFTs should be aware of copyright laws to determine who owns the copyrights to a certain film.

Another interesting development on NFTs and movie rights is that independent filmmakers are also getting into the game. Directors, producers, distributors, and financiers are always looking for the next box office smash in independent cinema. In April 2021, Kevin Smith (of Jay and Silent Bob fame) announced he would auction an NFT for his indie film Killroy Was Here. Instead of selling an indie movie directly to a studio (like he did for Clerks), Smith is selling the film itself – complete with distribution rights – as an NFT.

Director Jennifer Esposito is using a unique combination of an NFT auction and a public offering to sell shares in her next independent film. After the film’s release, shareholders will receive a portion of the revenues and the shares will convert to copyrights. Independent filmmakers are exploring NFTs as a means to finance projects and bypass traditional Hollywood funding as well as copyrights.

Another filmmaker, Niels Juul, who is known for his work with Martin Scorsese, is seeking to finance his own Hollywood production entirely by auctioning NFTs. As the founder of NFT Studios, his model aims to bypass the traditional Hollywood funding mechanisms to bring films to the screen faster and so disrupt the trend for independent films to take quite a while to find buyers and be distributed by studios. A mix of NFT investment entities and private buyers, these films will have mixed ownership who will get a cut of the profits and licensing rights among other related benefits.

NFTs have already begun to prove their worth. The Hollywood-meets-NFT scene is booming. However, the latest copyright laws do not consider NFTs and film rights because they are a recent development. While Hollywood studios are cashing in on the NFTs, movie directors and writers will need to take measures in future movie contracts to account for their NFT rights.