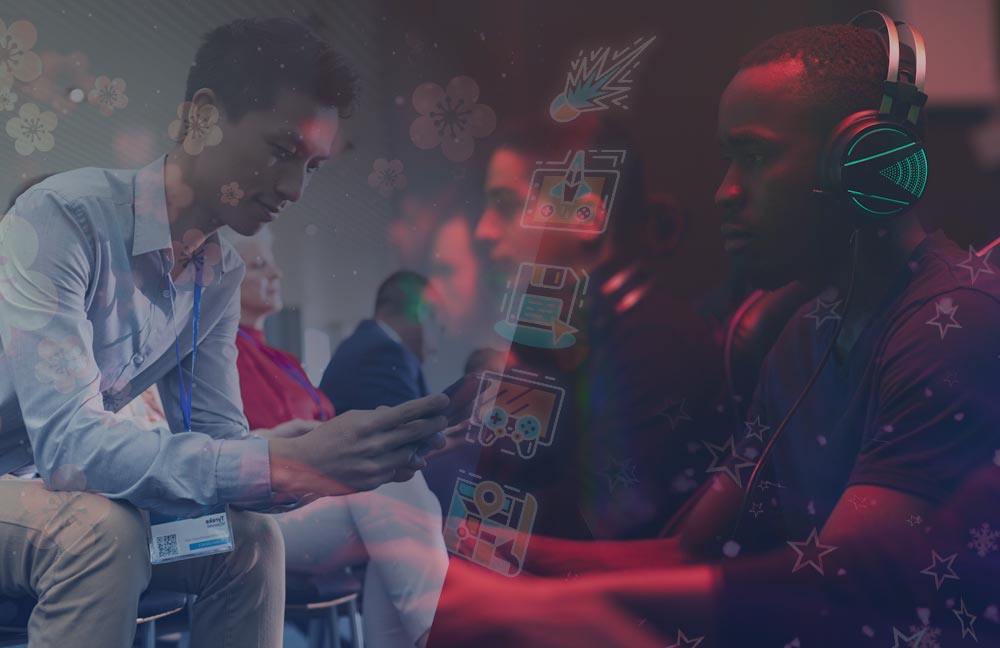 While mobile esports are hugely popular in Asia, western esports have been largely divided into PC and console camps. Recently this has begun to change, and the mobile esports scenes in North America and Europe have begun to increase in popularity. In spite of this relatively late start, there are signs that mobile esports may yet gain ground in the West .

The primary reason for this difference in esports platform preferences between Asia and the West is what has been dubbed Asia’s “mobile-first culture”. Reasons for this include average housing sizes in Asia being smaller than in the west, which means less space for personal computer setups; widely available public transportation and commutes that are on average longer than Western countries greatly facilitating the use of mobile devices while on the move; and widely available access to strong 4G, LTE and broadband/wifi connections. A recent whitepaper by gaming and esports industry researchers Newzoo say that the “mobile-first” trend originated in Japan, which drove mobile technology and the proliferation of mobile devices domestically and in Asia from the early 2000s. Now, mobile devices are the first point of entry to the internet for up to 90% of users in Asia, and China is currently the world’s largest mobile market. Once smartphones superseded non-smart devices and, together with tablets, became increasingly powerful, gaming experiences that were previously the sole domain of PC and consoles could be replicated on mobile devices, and the stage was set for mobile esports to succeed in the region.

According to a recent Akamai report, “mobile devices are the preferred platform to watch and participate in esports” in North Asia. The 2018 Asian games provide one example of the Asia’s commitment to mobile esports: the event included esports as a demonstration sport, and two of the five titles played were mobile esports: Arena of Valor and Clash Royale. China and Indonesia took the gold in those titles, respectively. Tournament prize pools provide another insight into the importance of mobile esports in the region: the 2018 prize pool for China’s Clash Royal league was $40,000, and an Arena of Valor “international league” offered a $600,000 prize pool. The entire proceeds of the latter were won by Asian teams.

The West is Behind, But Shows Potential


While North American and European teams also participate in these international tournaments, they do so in disproportionately smaller numbers than their Asian counterparts. Mobile esports have been slow to catch on in the West partially due to entirely different mobile cultures in the two regions. While smartphones and tablets are popular in Western countries, they primarily serve the purposes of consumption of content and of communication, and are generally eschewed for the more powerful platforms for the purposes of participating in esports. As Newzoo’s report forecasts, “PC is still the dominant form of gaming entertainment in the West and is expected to remain so for the coming years. While mobile has quickly grown as the biggest gaming screen worldwide, its esports scene still lags behind that of PC as well as console.”

Just the same, mobile esports are expected to continue to grow in the West. Dreamhack recently concluded its first Dreamhack Mobile Series event, which featured Clash Royale and Brawl Stars and a prize pool of $20,000. Collegiate leagues have also experimented with mobile tournaments: Vainglory was hosted by Collegiate Starleague in 2017-2018, and showcased at popular events including PAX East and TwitchCon. The popularity of mobile esports in Asia market may prove to be a driver of growth in the West, as qualifiers in professional mobile esports in the West often feed into larger international tournaments held by companies such as Tencent or Supercell. Recently ESL teamed up with Supercell to announce a $1 million tournament for Clash of Clans in Europe and North America. In another developing trend, YouTube is hosting higher numbers of mobile game streamers than Twitch.

The Future of Esports May Well be Mobile


Esports is still a young industry and in many ways still in the early stages of development. While the balance of popularity of mobile esports between Asia and the West is presently very uneven, the future may look very different. Mobile gaming is predicted to account for an increasingly larger share of the overall games market in future, and Newzoo predicts that 50% of games purchased will be played on mobile devices by 2020. Given this, the sheer ubiquity of mobile platforms, and continued investment and promotion by developers, publishers, and event organizers, mobile esports have the potential to bridge the gap between East and West, and perhaps even one day become the mainstay of the industry worldwide.