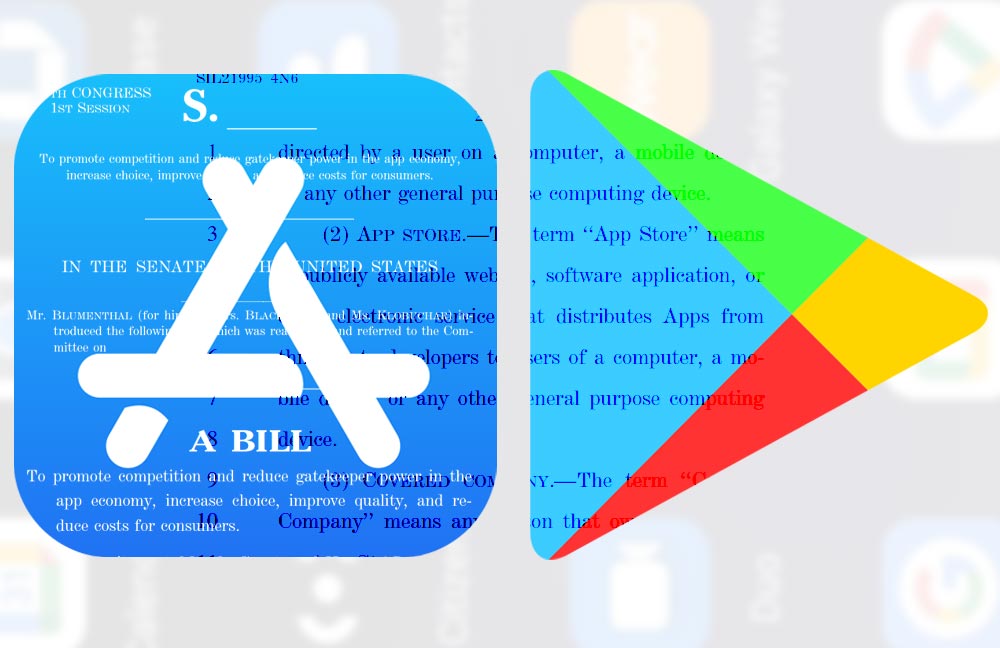 While Epic Games’ lawsuit against Apple has drawn attention to practices such as Apple’s 15 to 30 percent commission on app sales, in-app purchases, and Apple’s gag rule on advertising, Apple is not the only tech company developers and regulators have in their sights. Google, Valve, and other digital behemoths have also been accused of abusing their market dominance by imposing exorbitant fees upon app developers. In an effort to curb alleged exploitative practices by the gaming and app industry’s dominant players, three senators have proposed the Open Market Apps Act which would carry serious implications for app stores and developers if enacted.

What is the Open App Markets Act?

Epic’s lawsuits against Google and Apple have spotlighted the app stores’ practice of taking large (often as high as 30 percent) commissions for purchases made on their platform while effectively prohibiting other modes of purchase. Many developers and users have decried these practices as anti-competitive and monopolistic.

In response, Senators Richard Blumenthal (D-CT), Marcia Blackburn (R-TN), and Amy Klobuchar (D-MN) have promulgated this bill which aims to promote competition and reduce gatekeeper power in the app economy. The sponsors say passage of the bipartisan legislation would increase user choice and service quality while reducing costs to consumers. Of course, it would also greatly diminish Apple and Google’s ability to control app purchases on their platforms. It is also likely to completely change the way that mobile software is distributed. The bill traces its roots to a hearing before the Senate antitrust panel in April 2021. Spotify, Tile, and Match Group led a coalition that argued their businesses were being negatively impacted by Apple and Google’s restrictions on in-app purchases and the large commissions they charge.

Independent video game developers will support the bill which will effectively prevent established platform holders from maintaining their current fees and so reduce costs and barriers to entry. Independent and small developers hope the bill will address several issues that limit the exposure and profitability of their products. For example, they say the standard 30 percent commission is simply too high and stymies innovation. Passage of the bill, they say, would encourage developers to create useful new apps because a wider customer base and higher net revenue would give them a greater expectation of financial reward.

What does the Open App Markets Act Mean For Video Game Developers?

The Act specifically addresses many of the arguments put forth by Epic in its case against Apple:

While the bill garnered advocates, it also has generated plenty of opponents. Industry trade group Chamber of Progress has criticized the bill on the grounds that it will erode the security, trust, and convenience that consumers value in app stores and mobile devices. Further, some experts have also expressed concerns that the bill lacks the teeth it needs to be effective across the board, as Section 4 of the Act exempts gatekeepers who require payment and/or distribution through their app stores in order to protect user privacy or guard against fraud.

Should it pass, the Act will empower video game developers and a new generation of entrepreneurs by shifting the balance of power away from dominant platforms. It is especially likely to be a boon for independent video game developers, as it will enable cost efficiencies and new opportunities to monetize products. Application developers seeking to bring their products to market or are in the product development phase should consult an experienced attorney to determine how they stand to benefit from the Act if it passes. Likewise, platforms should seek legal counsel to ensure they comply with the provisions while mitigating their financial harm.