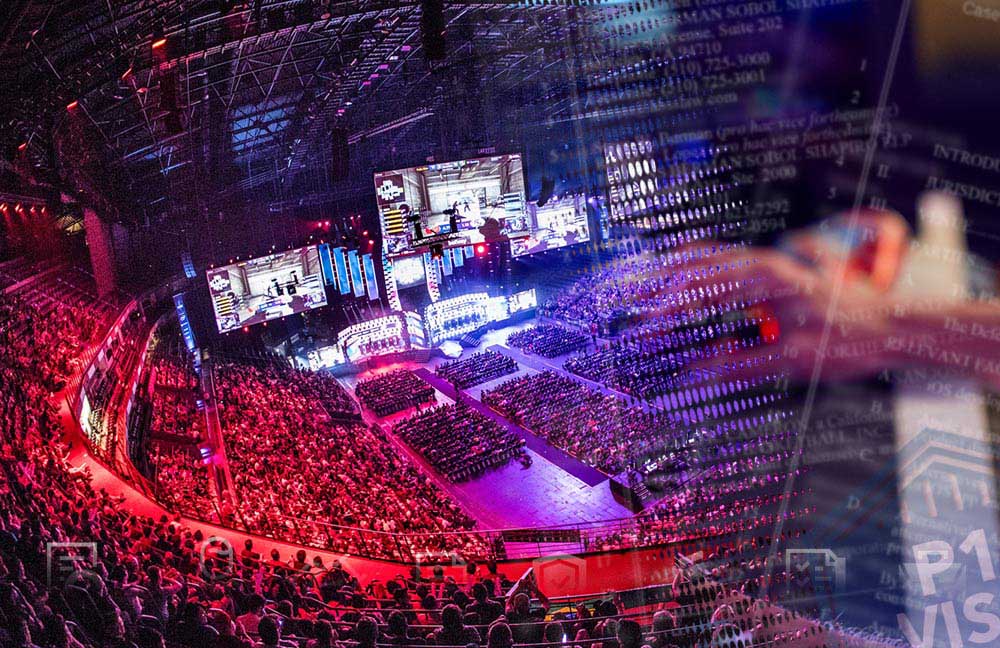 Adopting a franchise model
Every game’s esports program is structured in its own unique manner, due to factors such as involvement of the game developer; the history of the development of the game’s competitive fanbase; governmental oversight (or lack thereof); and many others. In the United States, several of the premiere esports titles have adopted a franchise model, where organizations pay a fee to the title’s developer in order to field teams of professional players that compete in the game’s esports program. Riot Games’s League of Legends – the world’s most popular esports title – has adopted such a franchise model for its esports leagues in various regions around the globe, including North America’s League of Legends Championship Series (LCS). Activision Blizzard, the parent company overseeing two other popular esports titles – Overwatch and the Call of Duty series – has followed suit in adopting a franchise model for its global Overwatch League and Call of Duty League, respectively. Taking it a step further, Activision Blizzard has instituted geographically-based teams for its esports titles’ leagues – requiring most of the leagues’ participating organizations to adopt the name of their host city and to hold live events in that geographic region.

Emphasis on live events
Although casual players of popular esports titles mostly play online, the premiere competitions for these titles are usually held in-person, often with a live audience. This enables the players to compete free of internet latency; allows the league to showcase the players’ personalities and interactions; and provides for a compelling spectator experience that the league can monetize. The most popular live esports events can draw thousands of attendees, in addition to tens of thousands of spectators watching from home on live streams. Several developers, including Riot Games and Activision Blizzard, have incorporated live events as an integral part of their esports leagues’ structure, with many large events held in the United States.

The ongoing COVID-19 pandemic, however, has upended developers’ plans for large in-person events for the foreseeable future. Because of health and safety concerns as well as governmental restrictions, game developers have been forced to cancel live esports events in the United States and worldwide and move the competitions online, including the LCS Spring Playoffs and the “homestand” events of the Overwatch League and the Call of Duty League. In light of the rapidly developing situation regarding the pandemic, the long-term future of these sort of live esports events is unclear.

Lack of clear legal framework in the United States
The esports industry has often been described as the “Wild West” due to its relative infancy and lack of regulation, and that is doubly true in the United States. Because of the country’s unique relationship between the federal government and the constituent states, each of the 50 states has its own unique laws that could apply to esports competitions and leagues. This effectively means that nearly every facet of esports operations – from player contracts, to venue agreements, to sponsorships, to gambling laws, and many other issues – is subject to different rules and regulations based on which state’s law applies. Because of this legal patchwork, the states with heaviest amount of activity in the esports space tend to lead the way in setting legal precedents. Notably, California – where many prominent developers are headquartered, and from where a large percentage of esports events are broadcast – can be seen as being at the forefront of the development of a comprehensive esports legal structure.

Immigration concerns
There is one area of esports law over which the United States federal government has uniform authority – namely, immigration. Because the premiere esports leagues recruit top players from countries all around the globe, providing those players with the appropriate visas to legally enter and work in the United States is of utmost importance. To date, however, there is no single type of U.S. visa that the government has adopted as the “standard” for professional players entering the country to compete. Furthermore, the test for whether a player meets the requirements of a particular U.S. visa is often applied inconsistently, which can result in different outcomes for players with substantially similar circumstances. As immigration is a flashpoint in the current U.S. political climate, and as the COVID-19 pandemic imposes an additional, ever-changing layer of immigration restrictions, expect immigration issues to remain key to the esports industry for the foreseeable future.

Sponsorships
Sponsorships have played an increasingly integral role in the esports ecosystem in recent years, both in the United States and worldwide. Attracted both by the increasingly large viewership of the premiere esports competitions and by the younger demographics of that viewership, sponsors are aggressively seeking to associate themselves with the right game, organization, or top player in order to market their products or services to those key demographics. Many sponsors active in the esports industry are “endemic” – meaning that their product or service naturally appeals to the demographic of a typical esports fan. A typical example of such a sponsor would be a keyboard and mouse manufacturer seeking to appeal to aspiring professional players who want to gain an edge in competitive play. Increasingly, however, more mainstream – or “non-endemic” – sponsors have become active in the esports space. These types of sponsors – such as MasterCard for the LCS, or State Farm for the Overwatch League – do not offer products or services specifically catered to the gaming or esports culture, but rather seek to ride the momentum of esports’ growing popularity to reach a broad audience. As the industry continues to grow, and as esports gains more acceptance in the United States as a legitimate sporting discipline, expect the interest of non-endemic sponsors in associating with the industry to become ever greater.