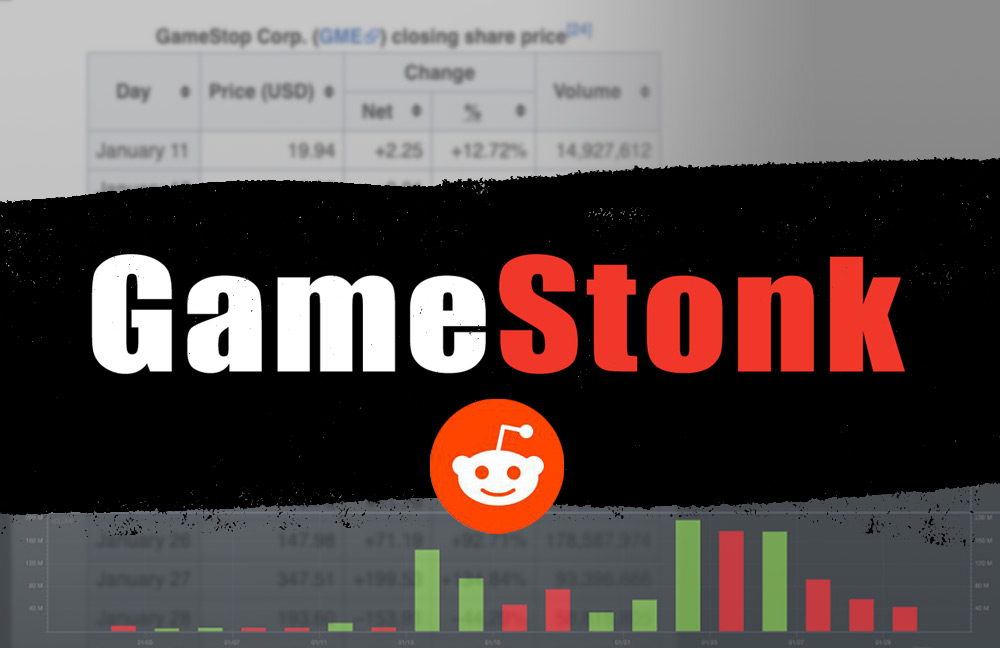 On February 16, 2021, Keith Gill, Massachusetts Mutual Life Insurance Company, and MML Investors Services were slapped with a class action lawsuit by Christian Iovin, as the named plaintiff, represented by the law firm Hagens Berman. The litigation, filed in the United States District Court for the District of Massachusetts, stems from Gill’s involvement in the GameStop meteoric stock surge and fizzling decline early this year. The suit includes claims of securities fraud, inducement, and misrepresentations, alleging that Gill was pretending to be an amateur trader and exaggerated the value of GameStop’s stock to millions of Reddit traders and on his YouTube channel.

“I believed the company was dramatically undervalued by the market. The prevailing analysis about GameStop’s impending doom was simply wrong,” said social media trading star and one of the Reddit group r/WallStreetBets’ ringleaders Keith Gill in  prepared testimony before the House on Financial Services Committee in February

Gill explained the origins of the Reddit movement. “My investment skills had reached a level where I felt sharing them publicly could help others.”

Gill reportedly first invested in GameStop in June 2019, for what he claims was $50,000. Before achieving fame in the Reddit world, he was a licensed broker at MassMutual.

In January 2021, investors from the r/WallStreetBets subreddit managed to thwart an overwhelming negative market sentiment on the stock of GameStop Corporation (NYSE:GME) by dramatically driving up the price of its shares. Reddit enthusiasts collectively organized a short squeeze and gamma squeeze of GME’s stock in a coordinated effort to “stick it” to Wall Street traders. In less than a month, GameStop’s shares reached a yearly high of $483 — a 1,600 percent increase – and the concept of a “meme stock” was born. After a rollercoaster ride over a few days, GameStop’s share price crashed hard, effectively erasing $30 billion in value by February 4. A lot of money – on paper, at least, changed hands.

The plaintiffs in the class action lawsuit accuse Gill of misrepresenting himself as an amateur investor to orchestrate a pump-and-dump scheme for his own benefit.

“He caused enormous losses not only to those who bought option contracts but also to those who fell for Gill’s act and bought GameStop stock during the market frenzy at greatly inflated prices,” the lawsuit reads. The suit alleges that Massachusetts Mutual Life Insurance Company and MML Investors Services had legal and regulatory obligations to supervise Gill to prevent this very conduct.

At the time of the surge, Gill was allegedly licensed by MML as a registered representative and employed by Massachusetts Mutual as a “financial wellness director.” He resigned from MML on January 28, 2021, but he was an employee of the company during the GameStop mayhem.

“Gill’s deceitful and manipulative conduct not only violated numerous industry regulations and rules but also various securities laws by undermining the integrity of the market for GameStop shares,” the lawsuit reads.

The complaint asks for compensation for damages incurred as a result of Gill’s manipulative act “for all those individuals and entities who during the period of January 22, 2021 through February 2, 2021 (the “Class Period”), (i) either (a)purchased GameStop shares (b) purchased back an option on GameStop shares, (c) had an option for GameStop shares called away from them, (d) purchased GameStop shares to cover a short position, or (e) had their options expire, and (ii) suffered losses as a result of any transactions identified [in the lawsuit].” Gill has also been subpoenaed by Massachusetts securities regulators seeking his testimony for the GameStop incident.

How It All Unfolded

According to Bloomberg, the video game retailer was one of the most traded stocks on US exchanges during the run up. Millions of shares exchanged hands every few minutes.The stock remains volatile – as of MayApril prices ranged from about $141 to $178 per share – though well above the $17.25 it sold for on the first trading day of 2021. Bulls believe GameStop will move higher as the management aligns the business with current market dynamics, the world warms up to the underdog, and others reboard the bandwagon. But bears consider the inflated price is a helium-stretched balloon that will inevitably be popped by the pin of the company’s fundamentals.

Before GameStop exploded onto the market’s main stage due to the machinations of r/WallStreetBets, it was just a struggling brick-and-mortar video game retailer, seemingly floundering in the wake of the digital revolution. Its share price floated below the $10 range for months. The stock was catnip to short sellers who did very well until r/WallStreetBets intervened. Many of the Reddit traders were millennials who wanted to teach the hedge funds a lesson by drumming up serious volume and bidding the stock price up to take the hedge funds.

Hedge funds vote with their cash when they sour on a stock. Not only do they liquidate their holdings, they often short sell – essentially borrowing and then selling the borrowed shares with the intention of replacing the borrowed stock with shares they buy back at lower prices once the price has dropped. That was the plan for many in early 2021, with GameStop and AMC Entertainment Holdings, Inc. (AMC Theaters) among the targets.Hedge funds intended to profit by the difference between the price at which the stock sold initially and the price they pay for the stock to replace those shares sold.

For example, in the second half of 2007, Bank of America (BAC) was selling at more than $52 per share. The share price began to decrease soon after. A short seller could have borrowed 100 shares and sold them at $52. Then they would have waited and watched as the price dropped down to a low of $2.53 per share.With perfect timing, they could have bought back the 100 shares for $253 to replace those borrowed, pocketing a nifty $4,947 profit just by waiting for the stock price to drop.

When the hedge fund short sellers announced their target companies and prices dipped, Reddit’s amateur investors stepped in. They took on the raiders by buying GameStop, AMC, and other short targets in sufficient numbers to drive up the stock prices. They also targeted Blackberry (BB) and Academy Sports & Outdoors Inc. (ASO).

Then, in January 2021, a great plot- twist unfolded. A band of amateur, “at-home” day traders on Reddit, organized a short squeeze against the Wall Street hedge fund pros who held massive short positions (effectively betting that the stock price would go down) called short-sellers by buying up piling into shares and call options. As a result, GameStop’s stock price started spiking. From the $40s up to $100 and all the way up to a 52-week high of $483. Suddenly, these hedge fund short sellers were losing millions on GameStop. It was a powerful demonstration of the use of technology and targeted bets to destabilize the marketplace.

Hedge fund managers were not pleased by this turn of events. They still had to replace the stock they had borrowed and sold and faced the prospect of being forced to buy back the stock at $400. If they shorted GameStop at $20, they were looking at a 2,000 percent loss.

As the plan unfolded Robinhood, the trading platform of choice for the Reddit group, placed restrictions on several of these super-volatile plays, preventing more people from piling in and further driving up the stock prices . Critics maintain that the move was intended to protect the hedge funds.

Brokerage firms are required by law and regulation to keep enough of their own money in the reserve to make sure all transactions are funded and can be cashed out. Many traders had bought their shares on margin, borrowing as much as 80 percent of funds to make their purchases. When the price continues to rise, all is well.

But when GME was rising and falling by a couple hundred dollars a day, it was apparent that some traders would lose money and go broke. In other words, they would not be able to pay back the 80 percent they had borrowed. Robinhood could not guarantee all the cash needed to settle the trades would be available. It raised a billion dollars in new capital so it could continue in business.

Since the initial stock price drop in February, GameStop’s share value has soared to almost $155.00. The stock price has increased over 3,000% in the past 12 months. With Robinhood and other apps gamifying stock trading and making small-scale investing accessible to younger and less traditional would-be financial mavens, one thing is for certain – the millennial, Reddit r/WallStreetBets and “meme stock” traders are here to stay.