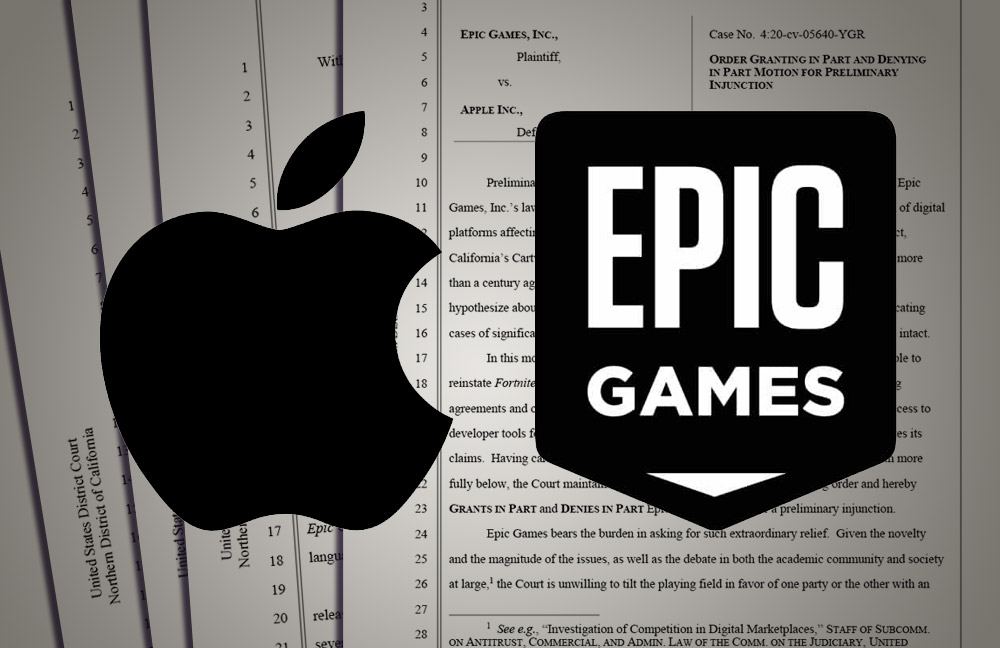 As expected, Judge Yvonne Gonzalez Rogers has ruled on Epic’s motion for a preliminary injunction as she did on the temporary restraining order last month, maintaining for now the status quo in the ongoing court battle between Epic Games and Apple. The judge’s ruling on Friday grants Epic request to prevent Apple from blocking access to Epic’s Unreal Engine development tool while declining Epic’s request to force Apple to reinstate Fortnite to the App Store with Epic’s alternative payment method.  The preliminary injunction will remain in effect for the duration of the trial unless it is appealed and overturned, which is unlikely.

While the ruling itself merely clarifies the battle lines for the trial scheduled for next summer (which will inevitably be delayed), Gonzalez Rogers’ comments shed some light on her interpretation of the legal issues involved and the potentially huge implications of Epic’s claims.

“Sony, Nintendo, and Microsoft all operate similar walled gardens or closed platform models as Apple, whereby the hardware, operating system, digital marketplace, and IAPs are all exclusive to the platform owner,” she noted. “As such, a final decision should be better informed regarding the impact of the walled garden model given the potential for significant and serious ramifications” for companies operating in this space.

In last week’s ruling, the judge reiterated what she has previously suggested, that she was not yet convinced of Epic’s narrow market definition.  One important factor is whether iOS players also regularly play Fortnite on other platforms, like Nintendo Switch, and therefore iOS (arguably) iOS is just part of a broader mobile market.  “These devices could have significant overlap with the iOS platform in terms of the ultimate consumer,” the judge said. “…however, at this stage, the record does not contain sufficient information to determine whether such other devices are economic substitutes or are merely complementary to iOS devices.”

However, the judge also indicated an openness to considering further evidence and arguments from Epic to support its market definition, and said that Apple’s market definition “faces hurdles.”  Given this, last week’s decision cannot be considered to have provided to either party a clear signal that they should consider a settlement rather than proceeding to trial, and such a settlement seems unlikely at this point.