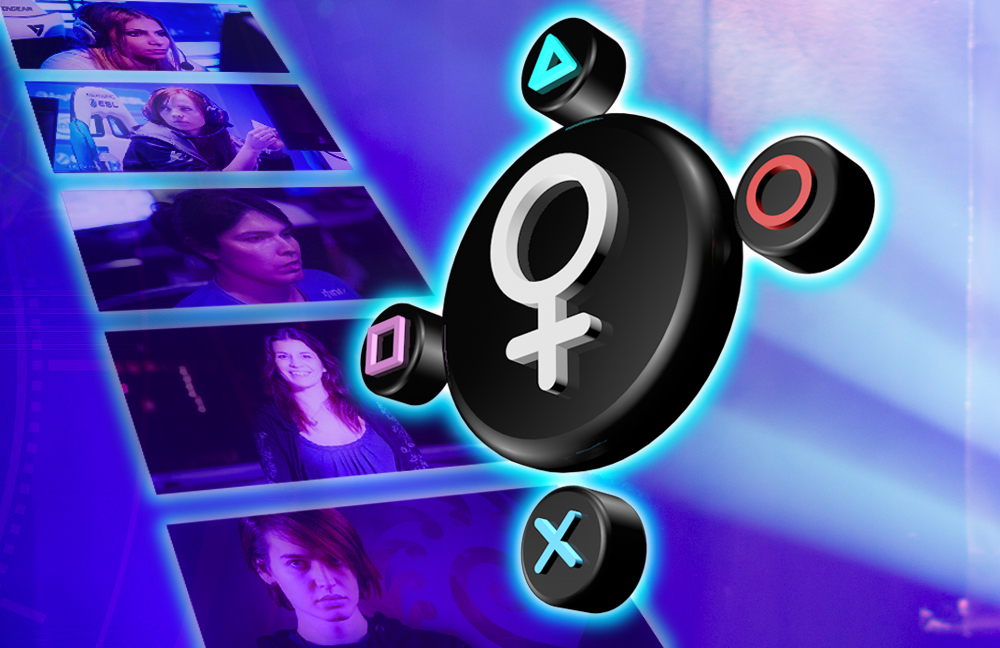 Despite what long-standing stereotypes may suggest, numerous studies have found that the ratio of male to female video game players is not heavily skewed toward males, but actually closer to 50:50. However, for a variety of reasons that will be explored in another article, esports tend to be a male-dominated activity. In this article we profile the top five women who are able to generate the highest earnings in esports. 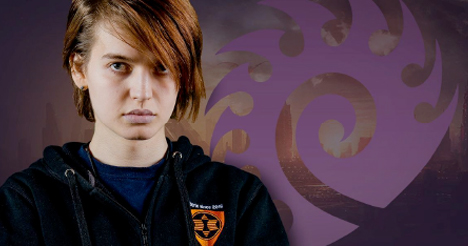 Sasha ‘Scarlett’ Hostyn is currently the highest earning female esports player of all time and her accomplishments in the field have grown with each passing year. Upon entering the esports scene in 2011’s NESL Iron Lady event (a female only competition), Hostyn took the number one spot in two consecutive StarCraft II tournaments.

The following year, Hostyn won the Playhem “Sponsor Me!” Tournament, an event that granted her an all-expense paid trip to compete in the Indian Premier League 4 tournament in Las Vegas. There, Hostyn defeated a number of high-profile names, growing her reputation among StarCraft II eSports followers. Hostyn has been referred to as the “Queen of StarCraft II” and “Korean Kryptonite”, titles that speak to her skill against both male and Korean players, two demographics which dominate this game.

The New Yorker touted Hostyn as “the most accomplished woman in esports”. The gaming news website Polygon listed Hostyn among 2014’s 50 admirable gaming people, describing her as “one of the few women succeeding at the top level of the StarCraft II pro scene”. Following a break from competition, Hostyn recently returned to the scene to win the Intel Extreme Masters Tournament, bringing her total earnings for 2018 to over $97,000. 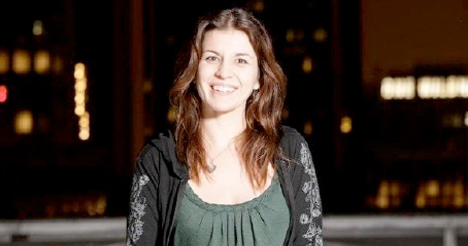 Katherine ‘Mystik’ Gunn was featured as the highest earning female esports player in the Guinness World Records 2016 Gamer’s Edition, and is currently the second highest behind Hostyn.

Gunn competed in season two of the reality TV show WCG Ultimate Gamer , winning the first prize of $100,000. At the IGN Pro League 4, Gunn began work as a commentator for Dead or Alive 5, and shortly thereafter created the gaming and cosplay group Less Than 3.

Today, Gunn no longer competes in esports tournaments, but hosts her weekly show GamerChix while continuing to attend events such as Blizzard’s annual BlizzCon and acting as a brand ambassador for Newegg, Gigabyte, and other companies. 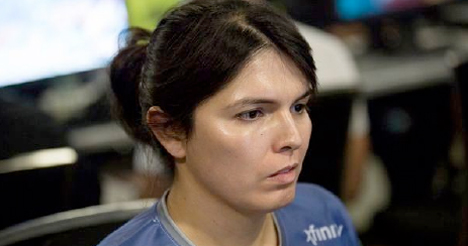 Ricki ‘HelloKittyRicki’ Ortiz is an American fighting game player who came to fame in the eSports scene when she competed at Evolution Championship Series in 2003. Ortiz has consistently ranked highly since her debut in competitive fighting game tournaments, notably obtaining top 8 positions at numerous Evolution tournaments across a variety of fighting games.

Over her competitive career, Ortiz has had to withstand ongoing harassment due to her being openly gay since 2003, then discovering herself as a transgender woman in 2009.

Ortiz joined the team Evil Geniuses in 2010 and is still affiliated with them. 2010 was also the year that Ortiz reached the Evolution grand finals only to be defeated by Daigo Umehara in one of the most notorious matches in Street Fighter IV history.

In 2014, Ortiz took a break from competing in order to begin her transition from male to female. Following her return, she took second place in the Capcom Pro Tour Circuit 2016, taking home $60,000, the largest cash win of her career. 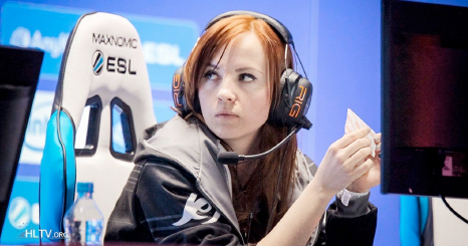 Ksenia ‘vilga’ Klyuenkova is a professional first-person shooter player, hailing from Russia. Since joining the CS:GO competitive scene in 2008, Klyuenkova has competed in over 30 unique tournaments and has performed well in a number of accomplished teams. As part of Bad Monkey Gaming, Team Secret, and a number of other independent squads, Klyuenkova has been a dominant competitor in the CS:GO women’s community.

Klyuenkova generally opts to compete in the female-exclusive tournaments, alleging that male competitors have genetic advantages over female competitors, a belief that was underlined when she openly supported the ESL’s decision to exclude a transsexual team from their Female Open Summer 2017 tournament:

“One of the reasons why there’s no female players in top male scene is the way how women and men think, react and take decisions in game… I can call it as cheating to let trans participate in female only tournaments, cause men still have different hormones and the way of thinking, which will give them physical advantage towards natural born women,” Klyuenkova announced on her official Twitter account. 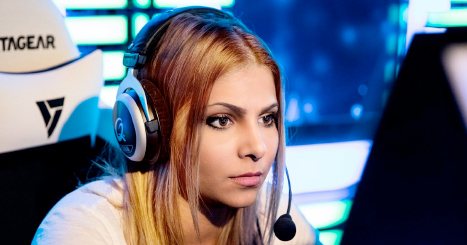 Zainab ‘zAAz’ Turkie is a Lebanese –born Swedish CS:GO player. At age 15, Turkie qualified for the ESWC Finals 2007 in Paris, France and was on her way to the competition when her father found out and forbade her from entering. Her replacement competitor at ESWC was IpSa, who would later become a teammate of Turkie.

Later that year, Turkie joined the Swedish female Counter-Strike team Les Seules (‘The Outsiders’) which then won the ESWC Masters of Paris 2008. Shortly thereafter, Les Seules and Turkie were picked up by Pink Zinic, an esports organization that aims to “unite esports and good-looking girls” in orders to dispel negative stereotypes and broaden esports audiences. From this point onwards, Pink Zinic and Turkie won almost every tournament in which they participated, enjoying an extensive period of success which continued after the team was picked up by Fnatic in 2010.

In October 2010, Turkie departed the team to focus more on 1v1 tournaments, but returned with a new CS:GO team, Team ALTERNATE Female, which placed in second at ESWC 2012 and became champions at the Copenhagen Games 2013. At ESWC 2013, Team ALTERNATE Female dominated the competition but was defeated in the grand final matches. After this, Turkie and her teammate iRene left the squad to join the Bad Monkey Gaming team which enjoyed early success, taking first place in both the Copenhagen Games 2014 and Game Gune
2014, but lost all of their matches competing against male teams in Fragbite Masters Season 3.

As noted earlier, esports is for the present a male-dominated scene, and male players have more opportunities to compete for prizes relative to female players, one factor which has led to a huge disparity in earnings between the genders. For example, while Sasha ‘Scarlett’ Hostyn ranks as the highest paid female esports player of all time, she ranks only 278th of the list of most profitable players, preceded exclusively by male players. Her impressive $295,924 in prize earnings pales in comparison to the $4,097,927 of the number one player Kuro ‘KuroKy’ Salehi Takhasomi. However, there is every reason to believe that Hostyn and other female competitive video game players are the vanguard of what will eventually be a balancing of the genders in esports. As a related data point: the number of female video game developers is on the rise, having more than doubled between 2011 and 2014 alone. With the consumer side of the industry already in balance and a growing number of females on the supply side, it would seem that we are on the right track towards more female competitors taking up the esports challenge, beating out the competition, and earning greater tournament incomes.