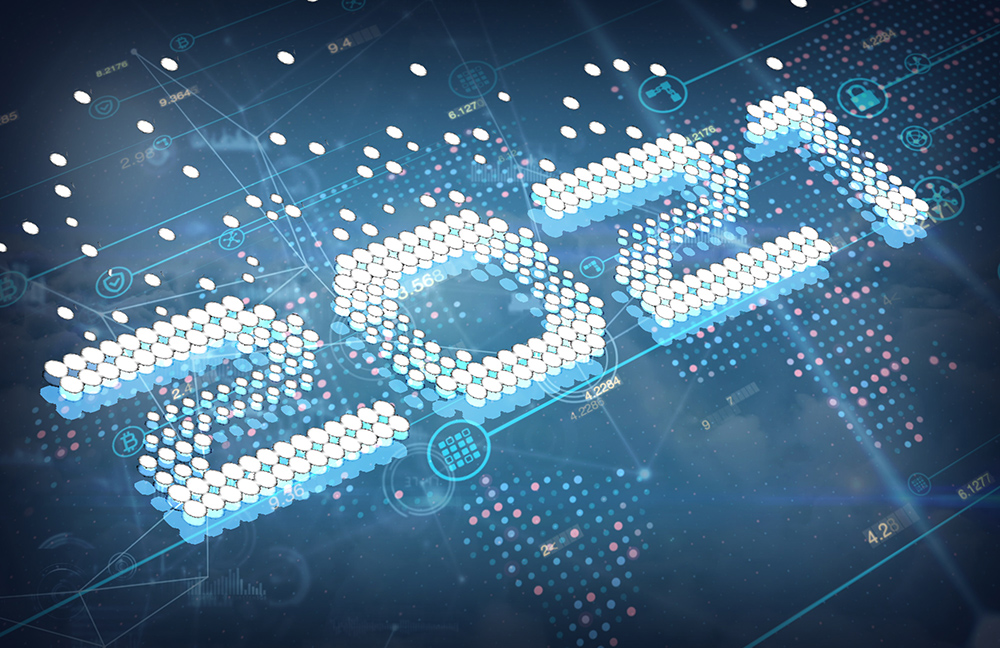 Blockchain technology has come a long way since the early days of Bitcoin. Today, blockchains are overwhelmingly recognized as useful, innovative tools for both consumer and business applications. As the industry has blossomed, narratives and trends continue to emerge. If these play out positively, blockchain networks could become the latest form of ubiquitous technology, but if they don’t, it will be rough times ahead for decentralized networks.

Here are some blockchain trends to watch out for in the coming year.

In 2020 Bitcoin saw its price skyrocket above $40,000. While the sentiment on Bitcoin as a store-of-value asset is positive, the jury is still out on its use as an actual currency. This year, the rubber will meet the road and we’ll see if Bitcoin is actually scalable and cheap enough to use in routine, day-to-day business transactions.

Some companies are already embracing the Lightning Network and creating an environment where the technology is more usable. Startup company Strike released a payday solution that utilizes the LN to offer its services across 200 countries. Exchanges are also starting to support the functionality, which in theory could bring network transaction costs down.

If the Lightning Network can help Bitcoin make the jump into payments, it will make Bitcoin that much more valuable.

While 2020 saw major institutional investment in Bitcoin, 2021 could see these institutions expanding their stakes into other cryptocurrencies. Major financial players like MassMutual, PayPal, Square, and MicroStrategy all poured millions of dollars into Bitcoin last year, paving the way for other investors. While 2021 will almost certainly bring even more investors to Bitcoin, it will be interesting to see if institutions start to pile into other cryptocurrencies as well.

The next obvious place for institutions is in Ethereum, which already boasts a host of enterprise partners and a stellar reputation within the industry. Grayscale has noted that it is seeing the first signs of institutional investment into Ethereum. According to the company’s managing director Michael Sonnenshein, “There’s a growing conviction around Ethereum as an asset class.”

As the barriers between traditional finance and blockchain networks continue to fall, we could see institutions expand their investment across the industry, endowing it with a  degree of clout that it currently lacks.

It has become clear that different blockchains will provide users with an array of useful functionality. Without interoperability, however, centralized third-parties are required to verify information and data across chains, introducing security holes as a result. With these networks siloed, the next technological step is improving functionality between blockchain platforms.

The groundwork has been laid. For instance, atomic swaps allow cryptocurrencies to be exchanged directly across chains. Polkadot allows users to transfer any type of data or asset across blockchains, creating as-yet-unseen levels of interoperability to the industry. Cosmos is a similar project that uses a network of independent, parallel blockchains that can interact easily with one another.

Interoperability between blockchains can transform the currently fragmented industry into a market where users and developers can seamlessly move across networks without roadblocks or bottlenecks. If this can happen, the industry will be better off.

Consensus Mechanisms Duke It Out

Until now, consensus mechanisms have been theorized and discussed, but in 2021 they will have advanced enough to see how they play out in reality. The biggest development on this front is Ethereum’s move to a proof-of-stake (PoS) consensus mechanism. Moving to PoS positions Ethereum in direct opposition to Bitcoin and its proof-of-work (PoW) consensus mechanism. Arguments abound as to whether PoW will ultimately fail due to its energy-intensive nature, and if PoS can be a viable alternative without simply empowering the already wealthy.

There is a host of alternative consensus mechanisms that could prove even more valuable. These range from hybrid PoW/PoS models like that of Decred, to proof-of-elapsed-time (PoET) employed by Hyperledger Sawtooth, and proof-of-authority (PoA) that powers VeChain.

With Bitcoin under more scrutiny than ever for its energy usage, these such consensus mechanisms could find themselves proving that there’s a new king in sustainable, scalable blockchain architecture.

With the US Securities and Exchange Commission (SEC) coming down hard on Ripple in December 2020, the regulatory agency has set itself up for an interesting battle with blockchain networks in 2021. The question now becomes: was the Ripple lawsuit a one-off issue or the SEC will crack down even harder on blockchain-based companies in the coming year?

The major difference between last year and this year is Gary Gensler, the newly elected chair of the SEC. As the former CFTC chairman, Gensler is no stranger to cryptocurrencies and blockchain networks. Gensler previously gave a talk regarding blockchain technology in which he touted the new technology. “Blockchain technology has a real potential to change the world of finance. It could lower costs, risks, and economic rents but for broad adoption, the technology needs to move forward in the public policy sphere,” he said.

While Gensler seems to be a supporter of blockchain technology, he noted that these new financial tools need to, “come within that public policy framework,” and that investors must be protected.  “We also need to adapt some of the rules of the road so that this new technology fits in. But I don’t think it means that we just exempt the whole field and say, ‘good luck investors’.”

Will We See a Central Bank Digital Currency?

China has reportedly been testing one, and other countries are rumored to have their own in the works. In 2021 we could finally see the major release of a digital currency controlled by one of the world’s central banks. The implications of this could be huge. While Bitcoin and other decentralized networks provide an outlet for storing value outside of government purview, central banks hold a tremendous amount of power on a local level.

If central banks can increase efficiency and reduce costs in the financial system through these digital assets, it could take market share away from existing cryptocurrency projects. But before trusting these new government-backed assets, users better make sure they are completely safe and secure.

Looking Forward to a Big Year

2021 is gearing up to be the most important year for blockchains to date. The technology has evolved from its crypto-anarchy roots into a promising new industry filled with excitement. Now, it’s time for the industry’s leaders to push ahead with more innovation and solutions than ever before. Doing so has the potential to revolutionize financial markets as we know it.