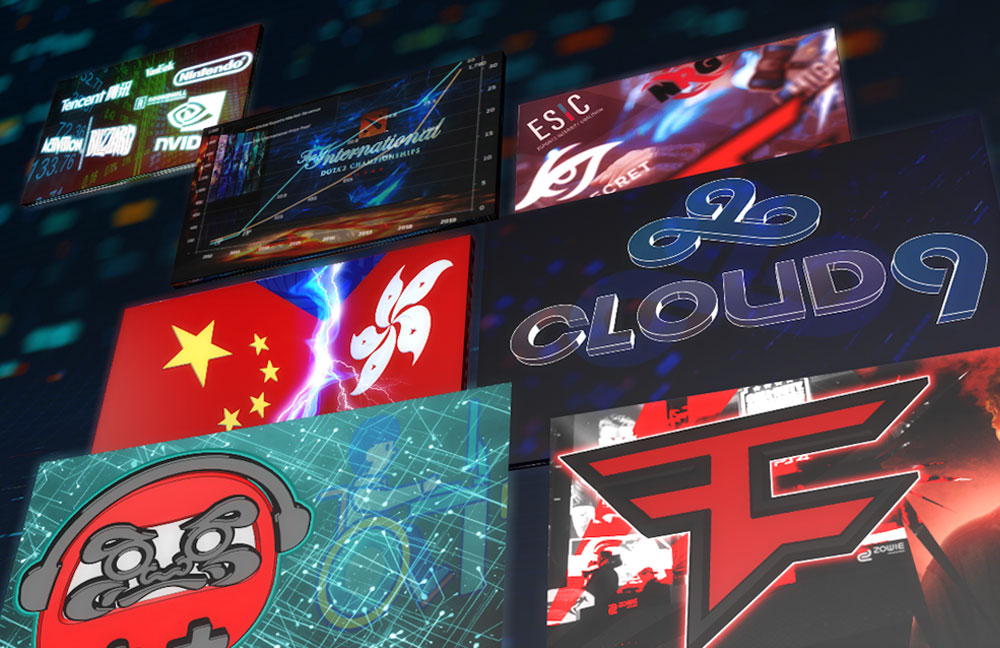 2019 was a huge year for esports in terms of growth in size and profile and industry news. Here are our picks for the top ten major news stories that rocked esports over last year.

1. Blizzard, Blitzchung, and the Backlash

One of 2019’s biggest stories hit in early October when Blizzard banned professional Hearthstone player Ng ‘Blitzchung’ Wai Chung, just after he had won the 2019 Hearthstone Asia-Pacific Grandmasters Tournament. The cause of the ban was a statement made by Blitzchung in a post-event interview, voicing support for the ongoing Hong Kong protests while wearing the symbolic mask of the protestors. Blizzard’s stated reason for the ban was that Blitzchung had broken a tournament rule that prohibits any action that “brings you into public disrepute, offends a portion or group of the public, or otherwise damages Blizzard’s image.” The company stripped the champion of his prize winnings for and banned him from playing in any Hearthstone tournaments for one year.

The backlash was immediate and greater than Blizzard could have anticipated. Coverage outside of China widely condemned the ruling as excessively harsh, with critics that included U.S. senators like Marco Rubio and Alexandria Ocasio-Cortez. Almost a week later, Blizzard returned the winnings to Blitzchung and reduced the ban to six months.

Popular Fortnite player Turner ‘Tfue’ Tenney made waves when he announced a lawsuit against his employer FaZe Clan in May. The player is suing the popular lifestyle esports brand for “oppressive” contract conditions. Tfue’s popularity skyrocketed after signing in 2018, making him the most popular streamer and player on the clan’s roster. However Tenney’s contract reportedly limited his share of earnings to 20 percent of branded videos revenue and 50 percent of touring and appearance fees. The contract also permitted FaZe Clan to take an 80 percent finder’s fee for leads, and prevented Tenney from pursuing any promotions that the company might deem to be in conflict with its brand. Tenney’s claim that FaZe Clan is required to be licensed as a talent agency with the California Labor Commission has raised a compliance question for esports organizations that is not yet resolved.

As of January 2020, the lawsuit is still ongoing, and it seems likely that the outcome will impact player agreements going forward.

Kyle ‘Bugha’ Giersdorf, winner of 2019’s first ever Fortnite World Cup championship, is one of the few people to have become millionaires by the age of 16. In July, Bugha took gold at the event, which was held at the Arthur Ashe Stadium in New York City, pulling a payday that was even bigger than that of the Wimbledon winners who played in the same venue just weeks earlier. Second-place winner, Harrison ‘Psalm’ Chang, took home $1.8 million, and third place finisher Thiago ‘King’ Lapp (all of 13 years old) won $900,000. The record-breaking prize pool was of course a result of the staggering success of the Fortnite. The game, which launched in 2017, still draws an average of 78 million active players at peak times.

5. Ninja Moves from Twitch to Mixer

Arguably the biggest esports story of 2018 surrounded streamer Tyler ‘Ninja’ Blevins’ team-up with rapper Drake and other celebrities to play Fortnite live on his channel, crushing previous Twitch stream records. The event drew nearly 400,000 viewers, providing a boost for Twitch, and caused a huge stir in the community. In the summer of 2019, Blevins again made waves when he announced that he was moving from Twitch to Microsoft’s new streaming platform, Mixer. The move is considered somewhat risky as Blevins had accumulated 12.5 million followers on Twitch and made an estimated $10 million dollars through streaming, sponsorships, and other avenues in 2018 alone. While Ninja has yet to accumulate the same level of followers on Mixer, a recent deal with Adidas should help reduce the impact to his income.

FaZe Clan makes the list again due to the actions of one of its players, Jarvis Kaye, last year. In early November, Epic Games permanently banned Jarvis from Fortnite for life due to his use of an aimbot in solo and playground modes. As is the case with all other competitive esports titles, the use of bots is expressly forbidden in Fortnite’s Terms of Service. Jarvis expressed remorse and raised the points that the aimbot was used only for entertainment purposes on stream and was only used on an alt account, but Epic refused to let the incident slide, citing fairness to the rest of the user base.

The community appeared split over the decision, with some fans and followers pointing out that lighter punishments had been meted out to other players for similar offences in the past, while others sided with Epic and the move that could arguably contribute toward a more ‘professionalized’ esports scene moving forward.

In 2019, esports was the setting for a positive step toward recognition and inclusion of disabled people in Japan when the first-ever esports tournament for disabled players was held by Japanese company OneLife, Inc. In conjunction with partners in Gunma prefecture where the company is based and the event was held, OneLife hosted a League of Legends tournament that included panels and showcases on accessibility devices for gaming, and a first-place prize of 1,000,000 Yen (approx. $9,100), was won by Team Wallbreakers. The event brought attention to disabled players in esports in general, as well as highlighting the significant social and legislative progress that has been Japan has made relating to disabled people.

8. China Recognizes Esports as a Profession

The concept of a career in esports is far from new, but is further validated every time it is officially acknowledged by a country . In February 2019, China recognized esports as a profession by including the titles “esports professional” and “esports operator” in its national register of jobs, which is maintained by the Ministry of Human Resources and Social Security. While Russia was the first country in the world to officially recognize esports as a professional industry in the early 2000s, the size and scope of the Chinese market makes this development particularly notable. Chinese companies like Tencent and NetEase already have major stakes in esports, and national recognition will likely help justify further investment in the space by other companies.

This story began in 2018 when several female employees and ex-employees sued Riot Games alleging gender discrimination. The case specifically detailed instances of workplace harassment and underpayment of female employees and received wide attention in the games industry. The case concluded in December 2019 when the League of Legends developer agreed to pay $10 million in a settlement to the plaintiffs. A spokesperson of Riot Games stated, “We’re pleased to have a proposed settlement to fully resolve the class action lawsuit. The settlement is another important step forward, and demonstrates our commitment to living up to our values and to making Riot an inclusive environment for the industry’s best talent.”.

In November 2019, popular team organization Cloud9 was subject to a six-digit fine for violating League of Legends Championship Series (‘LCS’) tournament rules regarding player compensation. Owners were initially permitted to participate on teams in the LCS, but in 2018 Riot Games put in place new rules that prohibited this on the basis of fairness in competition. Cloud9 apparently overlooked the change when they provided Restricted Stock Units to players as a form of payment for services, thus effectively rendering them partial owners in the company. Once Riot became aware of the infraction, it conducted an investigation that concluded that Cloud9 should be penalized and should pay back the cost of the RSUs. The final cost to Cloud9 totaled over $605,000.