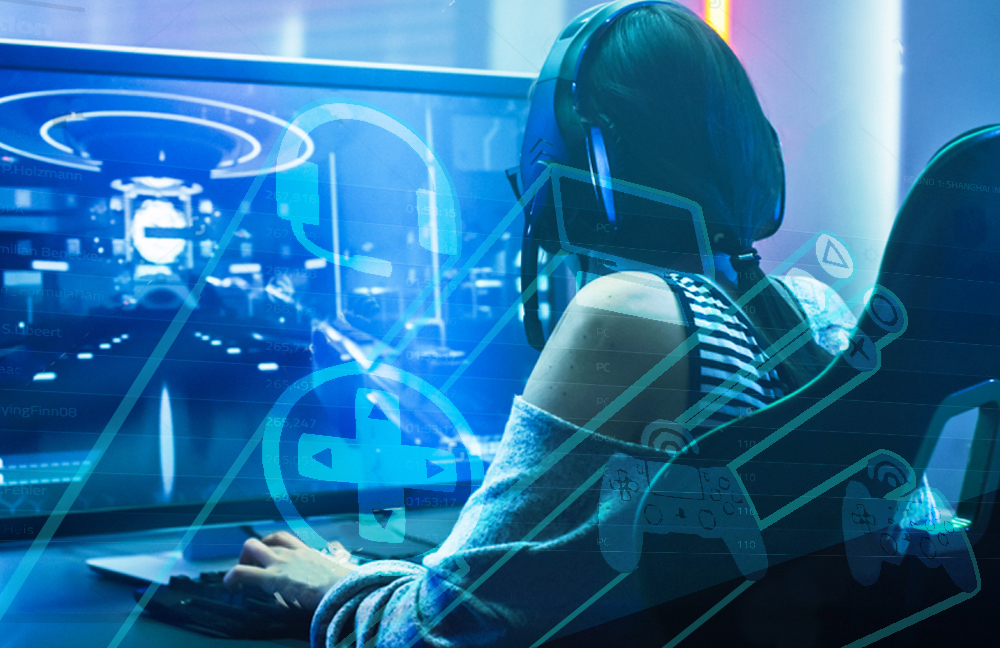 In this week’s article we examine some of the tools that players use to cheat in major competitive video games titles and review some of the most controversial examples of cheating on a professional level.

Aimbotting (also known as auto-aim) combined with auto trigger bots makes for an almost unbeatable combination. Players using these hacks are able to automatically snap weapon reticules to their targets and fire in a matter of milliseconds with flawless precision.

ESP, short for ‘elevated sensory perception’, is used to obtain otherwise unavailable information, such as what weapons and equipment your opponents possess, their hit points (HP), armor level, ammo, and inventory. In addition to knowing what play style to expect from the opposition, players can use this exploit to choose the most effective weapons and equipment to counter the opponents’ load-outs.

Wall-hacking is another commonly used cheat in CS:GO and allows a player to see other players through walls that should be opaque. Cheaters use this to gain a head start in encounters and even to snipe opponent through thin walls. Wall-hacking is usually very difficult to detect, but there can be telltale signs such as a player consistently and accurately shooting through walls or anticipating enemy movements with uncanny precision.

The foregoing cheats have been implemented even by top level CS:GO players, with one notable example being KQLY, a French player who was VAC banned before Dreamhack 2014, CS:GO’s biggest tournament at the time. KQLY’s ban led to his entire team, Titan, being disqualified from the tournament.

Cheating was almost unheard of in Riot Games’ MOBA League of Legends before it grew into one of the most popular battle arena games in existence. However, as the popularity of the game has increased, so have the numbers of available hacks and cheaters.

Staying or maneuvering just out of range of opponents’ offensive abilities enables players to avoid taking damage and waste the opponent’s available attacks. The use of a movement script, a common LoL cheating tool, makes this especially easy. Advanced movement scripts can detect when abilities are launched by other players, calculate their trajectory, and move the cheating player’s characters to safety within milliseconds.

While not a ‘direct’ cheat, bot leveling has become increasingly popular due to LoL’s freemium business model. Bot leveling involves using a bot to automatically carry out in-game tasks in order to gain experience points (XP) and level up. This, of course, requires little to no expense of effort or time on the part of the account owner. Creating accounts is free and easy to carry out, so using a bot to level up a new account is essentially risk-free. In addition conferring unearned advantages to the cheating player, this practice can be very frustrating for anyone to be partnered on a team with a bot, as the bot will do only the minimum level of activity to stay in the game and receive XP, resulting in a near useless teammate.

Map-zooming helps cheaters gain an edge by providing visibility over more of the map than the developers intended. This gives a significant tactical advantage over non- cheating players. These exploits are especially useful because they are almost completely undetectable by other players.

While cheating tools are used in League of Legends’ general online community, the use of such tools has yet to be affect this game at the professional level.

Defense of the Ancients (Dota 2)

Dota 2, Valve’s hugely popular free to play battle arena game suffers from its fair share of hacks and cheating. Like LoL, Dota 2, was relatively free of cheaters in its early days, but now many exploits similar to those found in LoL plague the Dota 2 community.

Auto-casting and auto-hooking scripts in Dota 2 are two commonly employed cheating tools in Dota 2. These scripts can help players maintain the minimum safe distance from their foes based on their characters’ specific roles and abilities, so avoiding potential damage. In this game players must track many moving pieces and variables, so auto-casting abilities provide cheaters with huge advantages in battle.

Auto-casting allows cheaters to automatically cast abilities just as the cheater is about to be attacked or when opponents enter their offensive range, casting the most effective abilities with perfect timing.

The ‘fog of war’, or the area of the map that is not within a player’s team’s viewable area, is no safe haven from cheaters using exploits such as auto-hooking, which allows for the attacking and hooking (drawing closer) of players that should be hidden away from the cheater’s field of view.

Auto-pickup scripts allow hackers to pick up items and snatch reward runes with unbelievable speed. It is all but impossible for players to snatch runes from scripters, and this can cause dramatically unfair rates of progression for the cheaters.

Similar to CS:GO, Dota 2 is plagued by the use of ESP, which in this case allows cheaters to view information such as enemy mana (used for casting abilities) levels and ability cool down timers, and makes it easy to judge the best time to go on the offensive.

As with LoL, the use of cheating software has yet to be discovered at a professional level in Dota 2, but there have been examples of other forms of unfair practices that have come to light. In the qualifying rounds for Valve’s “The International 8 Tournament”,MOBA was disqualified for using a programmable Razer mouse. Atun, the teams ‘carry player’ (responsible for being the highest contributing player on a team) had programmed his mouse with several macro commands. This allowed him to carry out multiple commands at speeds no human players could possibly match.

Because esports events are controlled environments with stringently enforced rules, tool-assisted cheating is unusual to find on a high competitive level, but it is a pervasive and ongoing problem in public gaming communities. For example, third-party anti-cheat tool, Gosu.ai, reports that 12% of all Dota 2 matches have at least one cheater. As such, and with the integrity of their communities at stake, developers and publishers have applied significant resources to the problem.

Valve Anti-Cheat (VAC) is used in conjunction with several platforms including CS:GO and Dota 2, to automatically detect and ban players that have modified their game files using hacks. Although VAC cannot catch every cheater, VAC banned over 95,000 cheaters in July 2018 alone.

The Overwatch system (not the game but Counter-Strike: Global Offensive’s community-based self-regulatory system) allows experienced and trusted individuals of the community to review cases and determine if malicious behavior is in fact taking place. According to this article, CS:GO professional Scream and a couple other professionals were ‘unfairly’ banned by Overwatch. Since Overwatch is a community based anti-cheating system, it is possible for players to be banned unfairly.

In 2017, Riot Games won a lawsuit against LeagueSharp, a LoL cheat provider that was forced to pay Riot Games $10 million as well as never again use anything made by Riot and hand over its website and services to Riot.

Despite the increasingly sophisticated anti-cheating measures, game reviewing programs, account banning, and multimillion-dollar lawsuits, tool-assisted cheating continues to be a pervasive problem in competitive video gaming. At present, no clear resolution is in sight to this battle between game developers and cheaters, but with millions of invested dollars and the integrity of games, online communities, and tournaments at stake, it is unlikely that publishers and developers will ever concede defeat. An effective and lasting solution may require some radical change, such as how games are owned or delivered to users, but one might reasonably hope that the day that tool-assisted cheating is no longer an issue is not too far away.