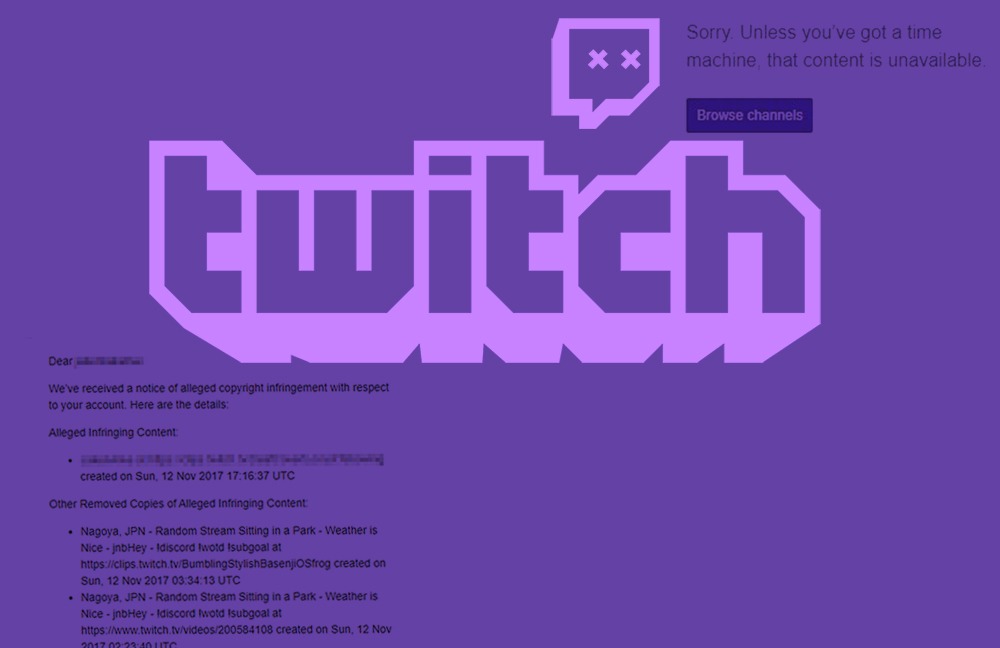 Twitch streamers frequently listen to music as they stream and this music often ends up recorded together with the rest of the stream content. Recently, this practice has resulted in streamers falling foul of an increasing number of Digital Millennium Copyright Act (DMCA) takedown notices. Fuslie, a streamer with 300,000 followers on the platform, tweeted that she had several year-old streams hit with DMCA takedown notices. Twitch gave Fuslie two copyright “strikes” at once, warning the streamer that she would be permanently banned from the platform if other copyrighted material were found.

DMCA takedown notices require that platform-holders take down infringing content once they become aware of it. Moreover, DMCA notices stipulate that platform holders like Twitch “terminate the account of repeat infringers.”

Twitch was initially relatively unresponsive to such complaints against streamer, but company tweeted: “This week, we’ve had a sudden influx of DMCA takedown requests for clips with background music from 2017-19. If you’re unsure about rights to audio in past streams, we advise removing those clips. We know many of you have large archives, and we’re working to make this easier. This is the first time we have received mass DMCA claims against clips. We understand this has been stressful for affected creators and are working on solutions, including examining how we can give you more control over your clips.”

Twitch plans to automatically scan clips using Audible Magic, a content source identification service, to automatically delete any offending music when it is discovered. In response streamers complaints that they have to delete clips individually, Twitch has announced that they will roll-out a new function to allow streamers to delete all of their old clips at once. Finally, the company has said that it will not penalize streamers who have received multiple takedown notices over the last few days.