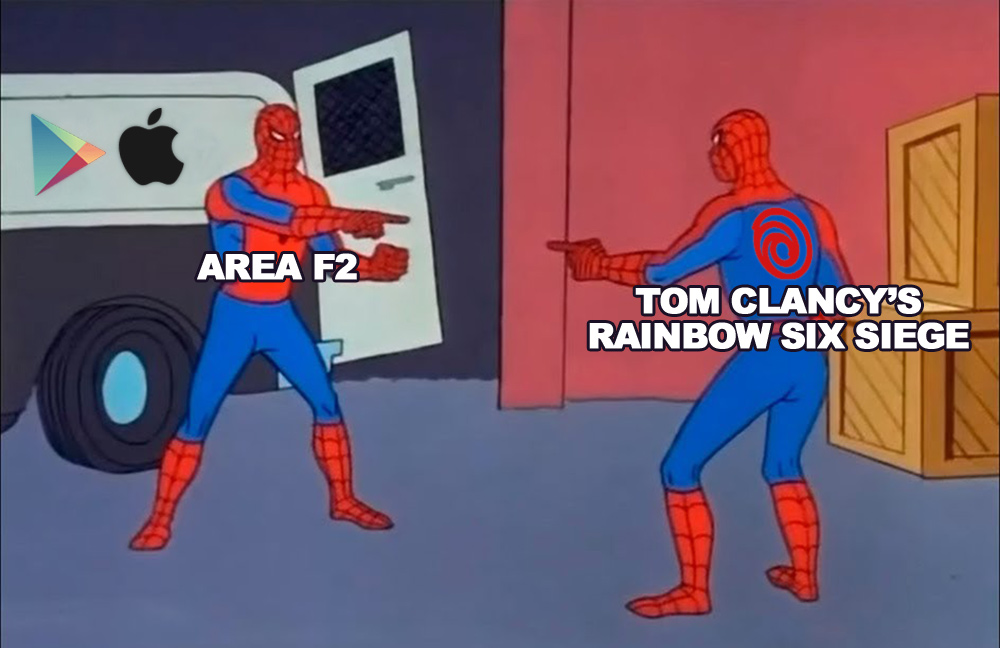 French video game publisher Ubisoft has filed a lawsuit against Google and Apple in a Los Angeles federal district court for allegedly hosting a game on their app stores that is a “near carbon copy” of the Ubisoft game Tom Clancy’s Rainbow Six Siege.

The game in question, Area F2, was developed by Ejoy.com, a developer owned by the Alibaba Group.

“Virtually every aspect of AF2 is copied from R6S,” a Ubisoft representative said in a statement. “From the operator selection screen to the final scoring screen, and everything in between.”

While copyright laws protects music, visual depictions, and other forms of expression, it does not protect ideas or gameplay mechanics. In Ubisoft’s case, the onus is on them to demonstrate that Area F2 actually stole creative assets from Rainbow Six. This can be achieved by analyzing the computer code used to build Area F2.

However, if it turns out that Ejoy.com simply built a similar game without using any of Ubisoft’s assets, then the court will likely apply a “substantial similarity” test. This test examines whether the work as a whole is so “similar in UI, style, or other elements as to be virtually indistinguishable from the original work.”

At the time of this post, the lawsuit is still unresolved. Meanwhile, Rainbow Six Siege, which launched in 2015, still enjoys a widespread audience. According to Ubisoft, today the game has over 55 million players worldwide.