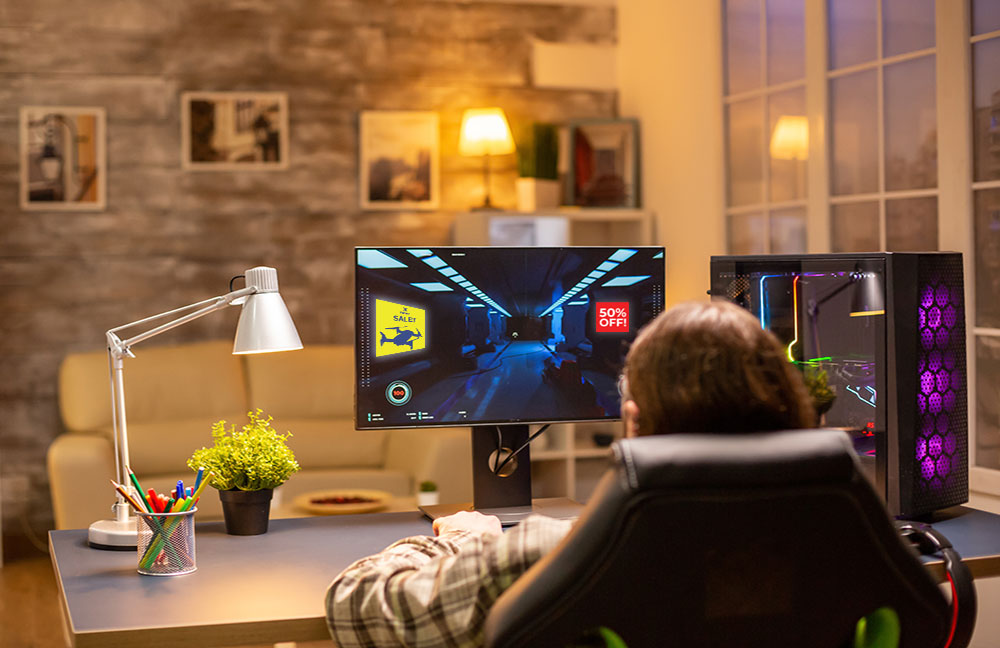 In spectator athletic sports, we’re used to seeing the sides of stadiums plastered with advertisements. And in mobile video games, players will often see ads in-between game levels. Traditional video games are no stranger to advertisements, particularly in the form of product placements within the games themselves. As a recent example, last year’s Death Stranding had Monster Energy drinks prominently featured in its otherwise dystopian world.

As in-game advertising continues to evolve, personalized ads could enable advertisers to more precisely target segments within video game players. A local Taco Bell, for example, could place in-game advertising if a player is within a two-mile radius of its location. Using geographic targeting, advertisers could provide certain discounts or messaging based on individualized data.

In-game advertising can be more effective than ads in other mediums. One study revealed that ad viewability was 23% higher in video games than on everyday website display ads. Moreover, in-game ads are generally designed to be less intrusive for gamers. Rather than interrupt an immersive in-game experience, most in-game advertising is somewhat contextual, blending into the in-game environment.

Certain product placements could fit organically into the game’s story or be placed in an unobtrusive in-game billboard. These mechanisms would weave advertising into the gaming experience in a way that isn’t annoying to players, such as Playboy’s integration with the Capcom game Dead Rising 2.

As personalized advertising evolves, consumer privacy advocates are increasingly concerned about the potential infringement on people’s privacy. MarTechSeries suggests there is a compromise to be struck between privacy and marketing. Just as data algorithms can help determine player preferences based on their play styles, MTS argues that many players would willingly opt-in to data collection in exchange for more relevant ads.