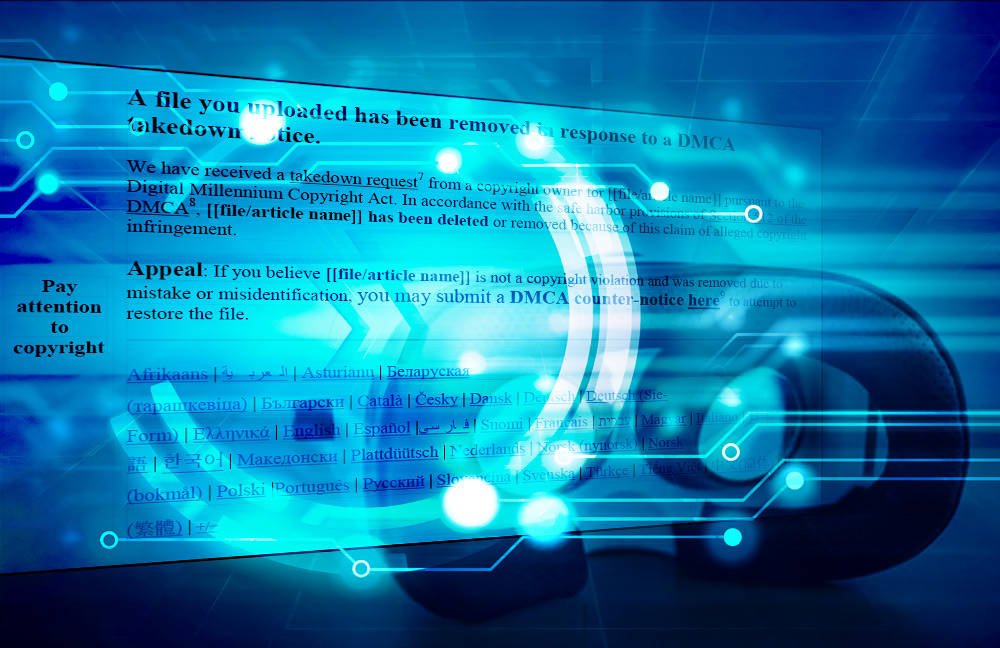 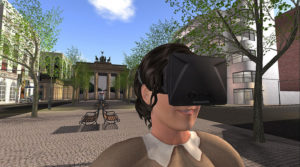 Copyright is applied to video games in much the same way it is applied to other entertainment products. Put simply, if a specific way of expressing ideas (but not simply the ideas themselves) may have been copied, then grounds for a copyright claim may exist. The DMCA allows a rights holder to send a take-down notice to an alleged copyright infringer. One case involving this Act concerned the virtual world Second Life.

The virtual reality aspect of Second Life, which is now accessible through the Occulus Rift, offers an experience beyond what one might typically expect from a video game. For example, companies can create virtual workspaces and conduct training sessions in a 3-D immersive environment, or create simulations of business processes or prototypes. In addition, Islam Online purchased Second Life to allow people to gain experience making the ritual pilgrimage to Mecca in virtual reality form before actually making the journey.

While virtual reality technology has opened Second Life up to diverse uses, the world’s interactive nature has also led to legal complications. Users can build virtual objects within the world, and software developers can create and sell their own 3-D objects for use in Second Life. One such company was Ozimals, which developed a virtual bunny that was made available to buy and use in the game. Subsequently, the developer Amaretto released a virtual horse for use in Second Life. Both animals were developed to be “breedable” in the sense that they would reproduce and pass on genetic traits. 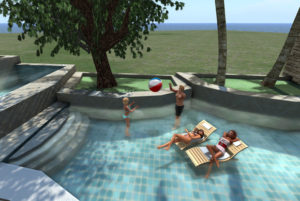 When Amaretto’s horse was released, Ozimals sent a DMCA take-down notice to Linden Research, the creator of Second Life, requesting that the horse be removed from the game. Amaretto responded by sending a counter-DMCA notice to Linden Research, and also secured a preliminary injunction to keep the horses in Second Life. The court granted the injunction because the virtual horses would have starved to death otherwise.

How did Amaretto allegedly infringe? According to Ozimals, Amaretto’s horse infringed on the copyright of the breedable virtual bunny with similarities such as identical eye color, roaming range, and capacity to breed at age 7. However, the court explained that copyright would not prevent another company from marketing animals with similar traits as long as that company had not copied the programming. While the underlying source code is protectable by Copyright Law, functionality is not. Specifically, the Court noted, “[S]oftware copyright protection does not apply to functionality. Thus, even if Defendant was the first to come up with a virtual animal that requires “food” to “live,” any copyright it has does not prevent another company from marketing virtual animals with similar traits provided, essentially, that that company did not copy Defendant’s programming.” 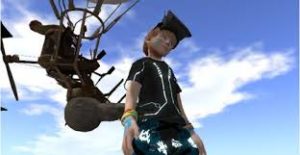 The case demonstrates the high bar that complainants must meet when alleging copyright infringement with respect to video games. When determining whether similar features — absent any copying of source code — are ideas or copyrightable expression, courts are more likely to view them as ideas (functionality). In addition, if removal of a product from the game would cause harm to the product and its developer, courts may prohibit its removal.

The second part of this article will consider a few other cases and lessons, and provide recommendations to virtual reality developers.