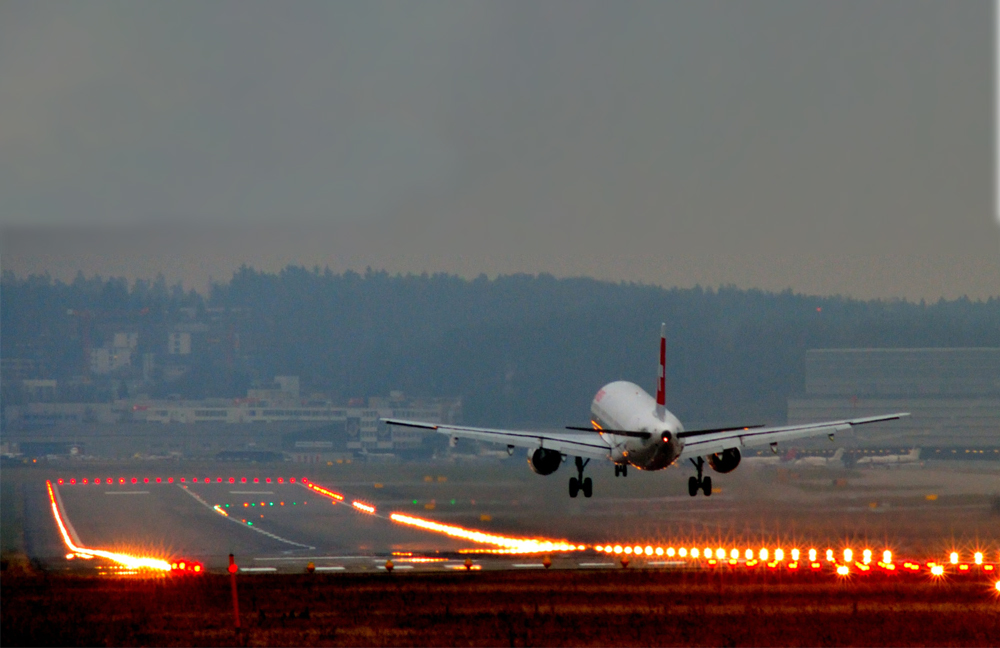 There’s a fascinating short video about pretty much the exact opposite of augmented reality, which nevertheless, has an important message about the widespread impact of something that initially seems local. One of the markets where Augmented Reality technology has, to quote Steve Jobs, put a big ding in the universe, is aerospace. The implications, and the legal consequences, are fascinating.

Back to the video for a minute. It’s called How Wolves Change Rivers and it’s about returning wolves to Yellowstone, where they’d been hunted out of existence seventy years ago. The story goes as follows: – when the wolves returned, they began taking down deer, their natural prey. The surviving deer, in return, began avoiding valleys, where wolves now lurked. Without the deer browsing, trees began to thrive. Songbirds returned, as did beavers. The beavers began building dams, which began to change the course of rivers. Ultimately, virtually every living thing in the ecosystem was influenced by what’s called a “tropic cascade” – the impact of a species at the top of the food chain on everything else. All this also affected the landscape itself – resurgent vegetation stabilized the banks of rivers, which ran straighter and began to develop pools.

A similar set of forces is beginning to manifest itself within industries that are leveraging A/R. Aerospace is one of them, and the story there, like the Yellowstone wolf story, is one of change.

Globally, there has been a rising demand for air travel, particularly in regions where it previously wasn’t widespread, like the Middle East and Africa. As one marker of this, both the Middle East and the Asia-Pacific markets saw increases in aircraft procurement of 10% in 2016 alone, which is phenomenal. More people are flying further in more planes than ever before.

The challenge, of course, is that aircraft are expensive, complex machines which requires skilled maintenance. And the supply of qualified aircraft mechanics and engineers has not kept up with demand – not by a long shot. Obviously, nobody wants to cut corners on the training for someone who’s maintaining a passenger jet engine, so becoming a fully certified aviation mechanic can take between 5 and 8 years. It also requires infrastructure – classrooms, facilities, engines to work on and so on.

The shortage of fully qualified mechanics is most acute in the places in the world that are new to aviation on a commercial scale – again, parts of Asia, Africa, and the Middle East. There are plenty of aviation engineers in San Francisco, or Tokyo or London – major hubs. The entire nation of Abu Dhabi has fewer than 400. This is particularly a problem for long-haul flights and airlines, where the only alternative may be to fly an engineer to a remote location when needed, which leaves a very expensive aircraft sitting around for days awaiting repair.

This is a serious problem, and a major bottleneck in the growth of aviation. The shortage of aircraft engineers limits the ability of airlines to expand, to add new routes, and so on. Because by definition, planes travel from one country to another, they’re subject to global safety requirements that may be much stricter than domestic ones. It doesn’t matter if your flight begins in Istanbul, if it lands in London, your plane has to meet British safety requirements. If you can’t do that, you can’t serve that route, and no matter what kind of customer demand exists, you can’t grow. 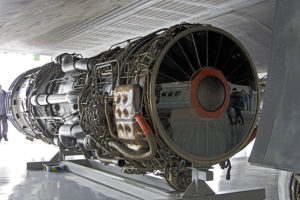 Enter the wolves – I mean, augmented reality. The entire problem of lacking qualified engineers in remote places can be addressed through technology. Using A/R, a junior or less-skilled technician working on, say, an engine can be supervised and guided by both the A/R system itself and a more senior technician elsewhere in the world, who’s watching and assisting remotely. As we saw with our previous post on the DAQRI helmet and headset system, using A/R, a third party can see what the technician does, and can provide guidance every stop of the way. By embedding near-eye displays and cameras in the headset, an observer can assist without interfering with the technician’s work. Some technologies enable them to affect the actual augmented display the on-site technician sees, by highlighting objects with an arrow or a circle – “This is the part with the problem”.

The final stage of all this is where the legal issues arise. Under current regulations, a repair has to be signed off on by a senior or qualified technician on site, who physically inspects the situation and blesses the work. To fully leverage the potential of A/R in commercial aviation, this has to change. It has to be feasible for a senior technician, using A/R, to inspect the local mechanic’s work and/or assist with it, and then certify that it has been completed correctly in a manner that satisfies the regulators worldwide.

This may sound radical – a mechanic signing off on work he hasn’t actually performed, done by someone he hasn’t ever met, perhaps, thousands of miles away. But global standards have existed for similar certification in all kinds of other fields, including the checks and balances needed to insure that they’re correctly applied, that risk is mitigated, and so on. Think of letters of credit. E-signatures. Wire transfers of funds. Cross-border service of process. Even secured transactions. All of these things involve exchanging assurances that one person far away has accurately done what another person is relying on.

Perhaps, what’s needed in the end is the beginning of a global framework for certifying performance of certain acts virtually. The details, as always, will take quite a bit of time and effort to sort out, but the global benefits to trade are obvious, and enormous. And again, this is not something unusual in scale for trade. The Financial Accounting Standards Board recently, and after ten years of work, revised and updated that regulations that apply to revenue recognition – when, say, a construction company in Brazil can recognize revenue as earned, and when it can’t. This is intended to make rules and their application reliable and consistent in every jurisdiction. Particularly given the capability of most virtual technologies to track work, and to record it, this should not be hard.

What will be hard is getting everyone together. The first step, perhaps, would be working towards a global body that begins to examine the feasibility of virtual certification of repairs and actions, supported, funded, and participated in by enough economically significant governments. The benefits, again, are obvious – the ability to remotely support hands-on work, and to certify that it has been done correctly, would eliminate a lot of the potential legal challenges, liability issues and so on, speed up the velocity and ease of trade, and ultimately, benefit everyone. All of our collective rivers would run straighter, and the pools would become deeper.