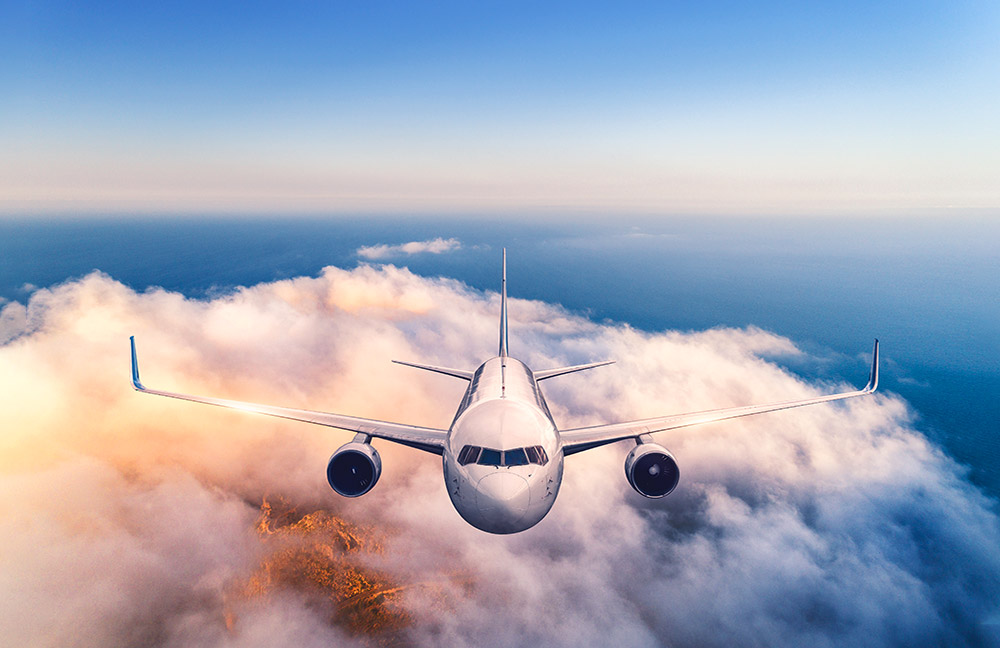 You’re in the middle of a virtual reality game. As part of the game, you end up chasing the bad guy (or one of them) down the long, long jetway onto a Cathay Pacific Airbus A380 that’s sitting at the gate, virtually scheduled to leave for Hong Kong. You go through the door, and make a left, into the First Class section, looking for Mr. Evil, who you suspect is hiding in there somewhere.

And who’s there instead? Why it’s Matthew McConaughey. The First Class seats are so big they’re actually two seats, and he virtually motions you to sit down across from him, in an empty seat. He’s wearing a very nice suit. He seems to be enjoying a glass of champagne. He then begins talking to you, very earnestly, about how great an airline Cathay is, how many cities they fly to, and tells you that Dr. Evil is not going anywhere – he’s hiding – and that if you sit and talk with him for a minute, you’ll find you have another clip of ammo. This, my friends, is virtual reality advertising, and the legal implications are basically limitless.

The first banner ad on the Internet appeared, just in case you’re curious, on October 27, 2014. It was incredibly primitive by today’s standards, but due to its novelty, it worked like crazy, and ever since then, online advertising revenues have steadily grown. Digital ad spending in 2015 grew to over $50 billion for the first time ever, and 2016 looks like it’s going to be significantly more than that.

his rosy news aside, however, there have always been serious limitations to what could be done with online advertising. It’s not particularly compelling or interactive. Clickthrough rates – the percentage of people who see a display ad, then click on it to obtain more information – have been steadily declining, to an average of below .2%. Video ads aren’t much better – they’re typically simply warmed-over television commercials. They irritate viewers. And the format for the standard video is simply too small and boxy to have much impact.

Virtual reality ads, however, are an entirely different proposition altogether. As an example, a Canadian Company, Flo VR, has developed a platform for in-game virtual ads that … well, here’s how they describe it:

Flo VR is proud to deliver brands and advertisers a new way of connecting with their customers while they experience the world of virtual reality with monetization of games and apps. Partner with developers to design 360 advertisements for the audience that you are searching for. No longer will ads be seen as a distraction, but a more challenging and engaging experience. Flo VR ads focus on rewarding users. From a recent survey taken, almost 80% of players confirmed they are open to engaging with video ads for in-game rewards.  User conversion rates when rewards are involved are between 60 to 70%. And it’s very likely that the triple win for advertisers/game developers/publishers, along with the positive experience for players mentioned earlier, is the very reason rewarded video ads are growing in popularity.

This sounds great. It is great. But grafting this kind of technology onto the existing legal framework the advertising world runs on is a recipe for a dump truck worth of problems.

Let’s begin with the concept of the insertion order. An insertion order, or “i/o” is the template contract between an advertising agency and a publication or a website. The name is a throwback to the days when ads were inserted into magazines or newspapers. The basic elements of the agreement are that for X dollars, the publications/website guarantees it will show the ad to Y people. Sometimes there’s an additional provision to the effect that if Y people don’t see the ad – if the website doesn’t deliver the traffic it promised – then the publication or website will have to make good later.

That makes sense when the entire arrangement is about showing people the ad. But what happens when VR enters the picture, and customers are interacting with it? How do you measure that? If you virtually sit and listen to Mr. McConaughey tell you about the amazing amenities of Cathay Pacific Business Class, that’s a much more comprehensive engagement than simply seeing an ad, even if you’re doing it for a virtual clip of ammo. Nobody’s ever done or measured anything like this? Do you charge the client for the amount of time they listen to the pitch? How do you verify it?

And how do you standardize all this? Do you develop some kind of standardized interaction framework for all VR environments? You know, do you sit and listen to a virtual character? Do you choose an option from a menu?

There’s also the question of liability. If a publisher runs an ad with a claim that’s false, the legal liability is almost always on the advertiser. It’s not considered the publisher’s responsibility to screen the ads it runs (and which generates much of its revenue) for accuracy. Conde Nast magazines (or Google) are not considered to be mini FTCs. Advertising and editorial are considered to be separate.

But what happens when the advertising content is integrated into the editorial itself? In other words, when Flo VR’s fully immersive, engaging ads are not grafted onto a game environment, or a distraction from it, but part of it? What does that do to the liability? If you are in the middle of an Avengers VR game, and you’re lying behind a berm with Scarlett Johansson as the Black Widow, blasting away at bad guys, and she suddenly starts talking to you about the disability insurance she needs, between rounds, whose liable when she turns out to be virtually defrauding you? When the insurance company goes bankrupt, or she virtually forgets to mention that it comes with a six-figure deductible?The game publisher? Marvel? Johansson herself? After all, as far as you can tell, she’s talking to you personally, if virtually.

In short, virtual reality is a textbook example of technology outstripping laws that were written, and intended, for a different era and a different set of capabilities. In the case of VR, it has happened very, very fast. When railroads, for instance, were expanding in the US, and the law was being developed to keep up with it, the process took decades. There was plenty of time. In this case, however, VR technology has exploded, as has the funding behind the companies creating it.

Which means that what we’re dealing with here, and this embryonic stage, is a legal landscape where strategy includes both what’s happening today, and what might happen tomorrow. In this way, VR law isn’t unlike strategic patent law. Good legal thinking should never happen in a vacuum anyway, but for the forseeable future, VR lawyering will need to include a healthy dose of strategic thinking, along with legal thinking. Seeing around corners seems to be part of the job.