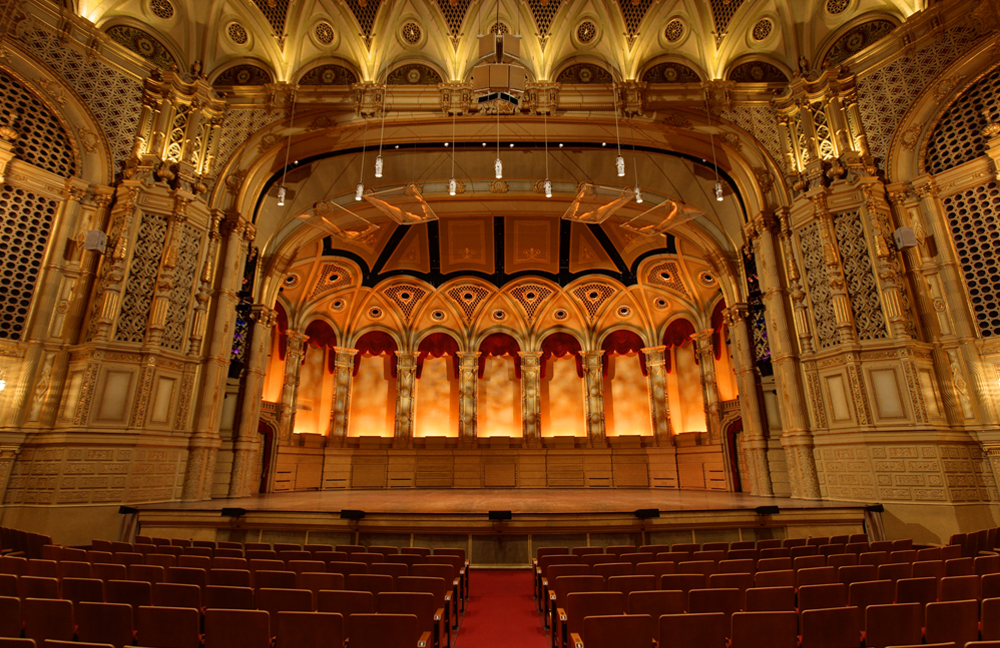 In drama, there’s this fascinating convention called The Fourth Wall. The Fourth Wall is the term used to describe the way in which the actors in a live theatrical performance pretend there’s an invisible wall between themselves and the audience. The audience can see through the pretend wall, and watch the players, but the players pretend the wall is real, and have to act as if they’re unaware they’re being watched. It’s a remarkable bit of artifice, because, of course, being watched is the entire point of the exercise. In certain modern forms of drama, the wall is eliminated, and the players will come out and directly address the audience, but that’s more the exception than the rule.
The wall exists in films and television, too, thanks to the limits of technology. You are watching the action, from the other side of a screen, and you can always look away, stop the film, or whatever. There is still and always the option of not participating in the process. In the end, the audience members have the option of observing or not.

This is a way of preserving the integrity of the narrative. The equivalent of the way a book works – word by word, page by page, chapter by chapter – is a movie, play or television show in which the people who are watching collectively agree not to interfere in the process, and let the play take them where it will. It’s not immersive, because immersion would mean participation, which would disrupt the storytelling.
The entire point of virtual reality is, of course, precisely this immersion. In VR, the audience and the event are one thing. The wall is gone. You’re not watching something unfold, you’re part of it. This gives VR an overwhelming degree of immediacy and impact. It’s one thing to watch the action from the fixed location of your seat, as it occurs behind a conceptual wall. It’s quite another to be standing in the middle of it, moving through it and effectively part of it. For an adult, passing through the wall is a very powerful experience. Scientists, however, are now beginning to explore whether for children, and perhaps for some susceptible adults, the experience could actually be damaging. Given the popularity and growth of VR, the legal liability this would produce is enormous. Viewed from 30,000 feet, the subject of unexpected forms of liability and damages arising from VR use is a case study in how legal theories coalesce around a new technology, and how adoption and disruption have the potential for unintended legal consequences. 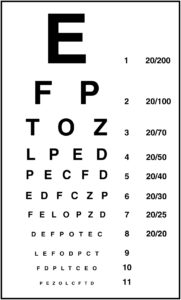 omes to VR, there are two general categories of this kind of potential injury. The first is vision. In the real world, your eyes focus and converge on the same point in space. If you’re looking at a tree on the other side of a meadow, your eyes automatically focus for that distance, and look at it. These two mechanisms work together, in an automatic function called the accommodation-convergence reflex.
VR is different. It basically works by fooling your eyes. The actual object you’re focusing on is exactly the same distance away all the time – the VR screen. However, on the screen, images represent objects that may look near or may look far away, and so the automatic reflex is replaced by an artificially created conflict. This can occasionally be disorienting, but the effect is short-lived. Typically, the effects of this, as with most of the other effects of VR, rapidly disappear when the headset’s removed. Your brain, and eye, adjust back to the real world from the virtual world and it’s all good.

A similar effect occurs when you’re looking at a VR display on a stereoscopic screen. The real world, of course, isn’t divided into two separate visual experiences which your brain unifies. However, VR headsets working by fooling your brain into seeing one thing, even though you’re exposed to two displays. In both cases, the eyes need to adjust to an unnatural environment, and with the exception of a few isolated examples, adjust back after a few seconds of looking at the real world. At least so far, adults have no problem with VR.
The potential problem – and legal liabilities – may arise when children begin using VR systems, particularly in large numbers and for extended periods of time. The current behavior of young people with smartphones is a testament to the way kids can become absorbed in a technology, literally to the exclusion of everything else. If you’ve ever seen a group of kids together, and all simultaneously staring at their phones, you know what I mean. There’s no reason to think that VR will be any exception to this trend. And while no conclusive evidence of any form of visual impairment has yet been observed, the projected enormous growth of the use and ubiquity of VR, particularly among young people who brains and therefore visual systems are still developing presents what can be described an as-yet-unknown hazard. If it emerges, the impact will be enormous. Millions of children with visual problems exacerbated by VR is a class-action attorney’s dream. Given the plaintiff bar’s aggressiveness and skill at coming up with new theories of liability, it’s simply a matter of time until the allegations of damage caused by prolonged VR use have some kind of a day in court.

The second potential category of  VR problems like this are, of all things, mental. The immersive, overwhelming experience of VR may, it seems, present a mental health hazard to people who are already struggling with, or vulnerable to, various mental or emotional maladies.
There are already documented, isolated examples of people allegedly suffering from addiction to video games. In one widely-shared example, a young Chinese gamer allegedly died after spending nineteen consecutive hours playing World of Warcraft. The examples of death or injury claimed to be from video game addiction are rare, and to this point, anecdotal.

However, mental health professionals have already expressed some concern about the potential for significant challenges virtual reality presents to people who are already afflicted with mental or emotional disorders. VR, of course, is an enormously affecting experience, with an environment that literally supplants reality. Remember the missing Fourth Wall. In addition, because it is so immersive, it also is a vastly more stimulating experience. It’s much more arousing to the brain and neuroendocrine systems, which is a recipe for abuse and addiction. Pharmaceuticals do exactly the same thing, simply using chemicals in place of visual and auditory effects.

The therapeutic potential of VR for people grappling with emotional, behavioral or mental challenges is substantial. But by the same token, it’s also easy to visualize VR as a kind of self-medication. If interacting with the real world is challenging or traumatic, imagine the allure of substituting an elaborate virtual alternative. Many mental disorders include issues with discerning between fantasy and reality, and take forms as diverse as paranoia, delusions, adjustment disorders, and in the most severe examples, outright psychosis, including hallucinations.
If the line between fantasy and reality simply failed to exist at all, as might be the case with VR abuse, then rather than helping treat and resolve mental disorders, VR was used to exacerbate them, the liabilities would be enormous, particularly those arising from harm or danger occasioned by VR-powered delusions or other behavior. This would be especially true if abuse of virtual reality was also combined with some sort of drug dependency.

Similarly, this same form of self-medication use of VR could simply delay treatment or make it pointless. A wife and mother who suffers from depression, and finds it appealing to spend days inside a nonexistent virtual world rather than wrestling her emotional demons to the ground in therapy arguably has had VR make had her symptoms made worse. The legal implications of this are enormous. The very potency of the virtual experience also presents very real risks of abuse, addiction and possibly damage of the most profound sort.
And as always, the technology is new, the potential is enormous, the growth is rapid, and the conclusion again (and perhaps somewhat ironically) remains: wait and see.