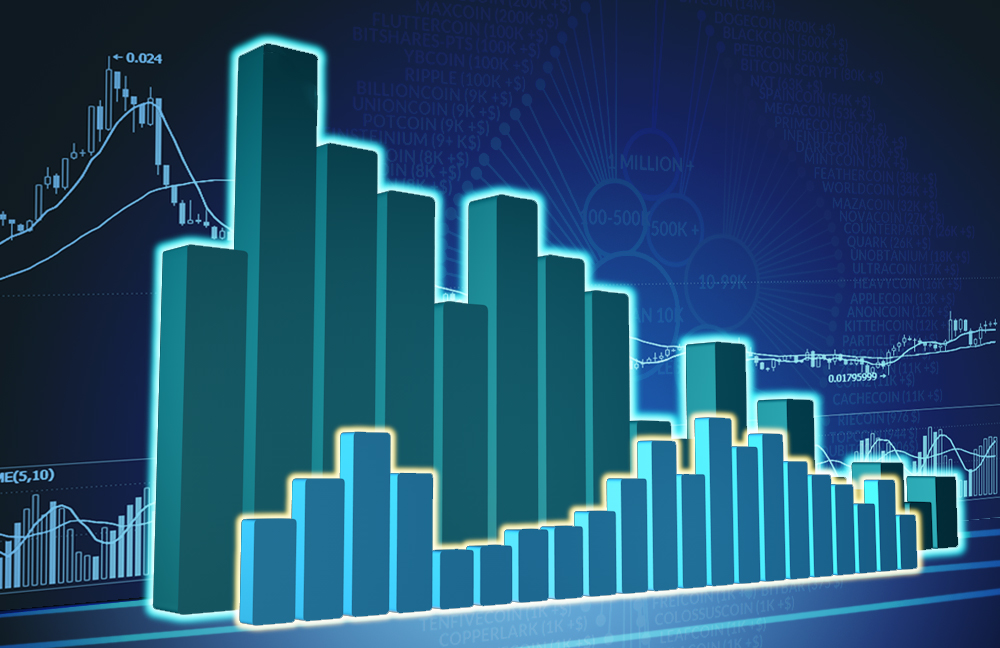 According to CoinMarketCap, daily cryptocurrency trading volumes peaked at over $750 billion per day during the market’s bull run, and today regularly exceed $50 billion. These are sizable numbers for an industry that still only makes headlines on the basis of its potential, having yet to establish any significant real-world use cases.

This has prompted investigations into exchange trading volumes, which question if the touted figures are in fact accurate and truthfully reflect the actual volume of business conducted on cryptocurrency exchanges. Unfortunately, the majority of these investigations have concluded that much of the reported volume is falsified, and not indicative of the actual market. In this still largely unregulated industry, exchanges are able to pump trading volume figures in order to appear to be bigger players than they actually are, and so attract more customers to their platforms, increasing their fee revenues.

One of the most common methods by which exchanges increase their trading volumes is to trade back-and-forth between falsified accounts. This method, known as ‘wash trading’, occurs when fake accounts are created and trades are conducted between the accounts, generating additional trade volume for the exchange. This method has been used since before cryptocurrencies, and is a concern in all digital financial markets.

Exchanges often use bots to automate this process, never having to conduct the trades directly. Alternatively, trades are conducted between a fake trading account and a colluding broker. This allows a steady flow of trades into the exchange, deceitfully growing the size of the exchange’s total volume.

The practice of falsifying volume is of course illegal, but wash trading is alarmingly pervasive in the industry: it was recently estimated that as much as 95% of cryptocurrency trading volumes throughout the industry could be the direct result of wash trading. The Blockchain Transparency Institute was created to provide consumers data regarding how much of an exchange’s volume is derived from wash trading. According to the repository, over 90% of the reported volume of exchanges such as OKEx, Bithumb, Bibox, and HitBTC results from wash trading.

There are a number of incentives for exchanges to pump their volumes; probably the biggest motivating factor is to simply user acquisition. According to Binance CEO Changpeng Zhao, this stems from the popularity of crypto ranking sites like CoinMarketCap. “(CoinMarketCap) is [the] highest traffic website in our space, and [the] biggest referrer for all exchanges,” explains Zhao in a tweet. “Ranked high on CMC has benefits for getting new users. BUT at the expense of DESTROYING CREDIBILITY with pro users.”

A study conducted by crypto-trader Sylvain Ribes found that over $3 billion in daily trading volumes was in fact nonexistent. In addition, Ribes discovered that OKex, one of the largest exchanges in the industry, was the biggest offender.

The Blockchain Transparency Institute found that falsified volumes had led to led to increased fee revenues for the exchanges. The firm’s report in December highlighted $100 million in additional fees generated over 2018 as a result of wash trading on crypto exchanges.

While falsifying trading volumes is illegal, unless exchanges feel that there is a real danger of legal action there is little incentive for them to stop the practice of falsely padding volumes in order to increase revenue.

While the practice of wash trading has gone almost entirely unchecked to date, regulators are now beginning to catch up. South Korean exchange Komid was caught faking trade volumes in order to deceive investors, which led to the company’s CEO receiving a three-year jail sentence. The company was reportedly caught creating fake accounts on its exchange and then using bots to generate false trades to pump up volumes.

Bittrex’s application to become a US-based exchange operator was recently denied after the New York Department of Federal Services discovered that the exchange was not following AML and KYC legal requirements to vet customers, and some customers were trading under fake names that included ‘Donald Duck’ and ‘Elvis’. “Bittrex’s customer identification program, know your customer, and customer due diligence are seriously deficient as evidenced by the findings of the Department’s examiners during their review of sample transactions,” stated a note by the regulator.

While cases as extreme as that of Komid are rare, we can expect to see more cases of legal action being taken against exchanges that attempt to deceive investors and generate additional trading fees.

Lack of Regulation is Still a Problem

The primary reason that so many exchanges get away with falsifying volumes and wash trading is the current lack of local and global regulation. In the United States, the Securities and Exchange Commission recently reintroduced the Token Taxonomy Act, which disqualifies cryptocurrencies from being classified as a security. However, the bill does not yet lay out regulations and security measures to ensure that exchanges and other industry players act in accordance with its mandates.

While the US is focused on unraveling and addressing regulatory disorder, other countries are taking steps to ensure that exchanges operate in a fair manner from the outset. In March of this year, the Canadian Securities Administrators (CSA) released a paper highlighting its stance on cryptocurrency trading platforms. In it, the regulators direct exchanges to clarify whether trades classify as futures or derivatives contracts while stipulating that non-security tokens may still be considered derivatives and are therefore subject to regulation.

Take Volumes with a Pinch of Salt

In view of the existence and sheer magnitude of the volume inflation issue, it is little wonder that so much of the financial world is skeptical or even derisive of cryptocurrencies. For all the hype generated by this new technology, its exchange infrastructure cannot be taken seriously. Exchanges are a critical part of any financial ecosystem and important to industry growth and liquidity. If the cryptocurrency industry wishes to be viewed as a legitimate player in global financial markets, it must find a way to eradicate blatantly falsified trading volumes and ensure that exchanges operate with transparency and fairness.