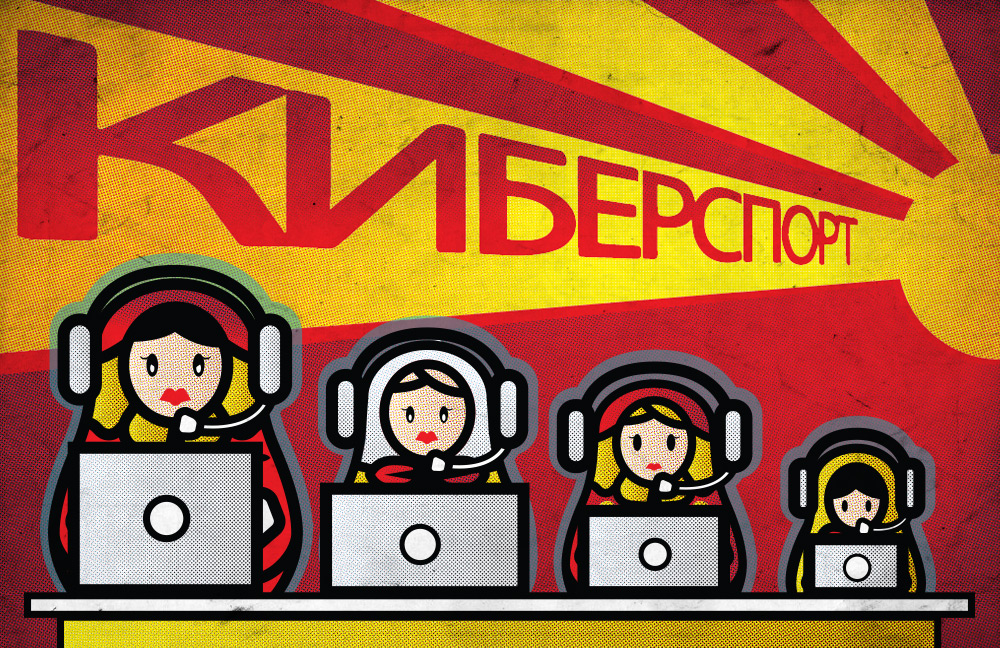 When the Russian government officially recognized esports as a national sport in 2001, it set a precedent for the rest of the world. As the first country to acknowledge esports on this level, Russia seemed to be staking an early position as an industry leader. However despite this initiative and an active player base, years of false starts and economic and political turbulence have set the country back from achieving its esports potential. As of 2018, Russia was ranked only eleventh in the global gaming market by number of players and amounts spent.

The fall of the Soviet Union and the rise of internet access in the 1990s transformed Russia rapidly from a relatively closed nation. As most homes did not have a personal computer or access to web services, internet cafes thrived in this period. It was at these cafes that Russian youths first got their hands on popular PC games, in most cases through pirated versions. PCs were the go-to gaming device due to the scarcity and cost of console hardware and software in the Russian market.

Quake, Counter-Strike, Age of Empires, Unreal Tournament and StarCraft were the principal early esports games played into the early 2000s in Russian internet cafes and home PCs once they began to proliferate. This growth was timely, as global interest in “cyber games” resulted in the formation of organizations such as the Electronic Sports League and World Cyber Games. In response, the Russian Esports Federation (ReSF) was founded in 2000 with the objective of organizing events and advocating for esports recognition in the country. Russians then began to compete in some of the new international tournaments, which in turn raised the profile of esports at home. When Russia declared esports a national sport in 2001, it was the first country in the world to do so.

With esports officially recognized, Russia had the opportunity to be a world leader in the industry. However, this potential was not to be realized and growth of esports in Russia was significantly less than the leading esports countries. For example, the Korean eSports Association was founded the same year as the ReSF, yet was able to quickly mobilize to execute and broadcast esports games. This led to the professionalization of esports in South Korea and that country becoming the most advanced esports country, even without the state-level of recognition that esports had in Russia. Moreover, a few years later and following an administration change in 2006, the status of esports as a national sport in Russia was revoked.

The false start of esports as a national initiative in Russia has been attributed to a lack of funding and the country’s complex bureaucracy. In 2005, the RAND Corporation reported that, “Major personnel changes and organizational realignments that Putin unveiled in March 2004, while simplifying the government structure at the top, created widespread uncertainty and upset long-term planning below, including planning for IT investments.” This would have affected the esports sector, which was dependent on the same IT and internet funding.

In addition to changes in government in the mid 2000s, Russia was embroiled in international disputes relating to Georgia and Ukraine. This period coincidentally aligned with what Complexity Gaming’s Founder Jason Lake called the global esports scene’s “dark times of near obscurity circa 2007-8,” otherwise known as the ‘esports bust period’. It would be years before Russia even considered reinstating any form of competitive video gaming on the national sports register.

While esports was certainly down at this point, it was far from out and soon experienced growth again. Russian players continued to compete in domestic tournaments and larger events were held in Moscow. The World Cyber Games consistently held annual Russian national events in the capital, which was and still is the epicenter for esports activity in the country. Other events such as the Global Amusement Moscow Exhibition (GameX) in 2007, organized for international competition with a dollar prize pool equivalent of 1,500,000 rubles (approximately $60,000 at the time), kept esports alive in Russia. By the late 2000s, many skilled teams and individuals were making a mark on the scene by winning prizes in games such as Warcraft II, Starcraft, and Counter-Strike.

With the release of Starcraft II in 2010 and the popularization of streaming platforms like Justin.tv (later to become Twitch), esports in Russian continued to grow in scale. Moscow continued to be a popular esports event location, and games such as Counter-Strike: Global Offensive and Dota 2 drew increasing numbers of players on their releases in 2012 and 2013 respectively. World of Tanks was able to amass a player base of up to 37 million players, showcasing the potential of Eastern Europe as a developer as well as a consumer of esports titles.

Due to this measured growth and developing success, Russia reinstated esports as an officially recognized sport in 2016. Thanks to the economic success of the 2010s and a core spot on the Russian Sport Register, Russian investors finally began to support esports in earnest.

Epicenter, a series of events held in Moscow and St. Petersburg and run by the Russian esports organizer ESForce provides one example of the results of investment in esports in Russia. Esports has also found favor among Russian financial heavyweights. In 2018 Casino News Daily reported that ESForce was acquired for $100 million by Mail.Ru, owned by Russian magnate Alisher Usmanov. It also reported that private investor Nikolai Belykh purchased a 25% stake in the pro team and computer club Winstrike for $10 million.

While the recent growth and support have been helped to raise the status of esports in Russia, there are other issues that Russia must overcome before it can be considered to be on the road to becoming an esports superpower. The country’s players often run into visa issues when attempting to compete internationally. While some of these visa issues are domestic in nature, others are international, as has been the case for tournaments in Germany, the United States and Ukraine. In 2014, the “Moscow Five” were unable to compete at IEM Cologne for League of Legends due to unspecified “visa issues”. They went on to state in official social media posts that they will need to be more “scrupulous” in  future when applying for European Union entry. In 2017, Denis “Tonic” Rulev was denied entry to the US to play in an Overwatch contenders tournament. More recently Gambit Esports were almost denied entry in Ukraine to play in the Starladder Dota 2 tournament.

While Russia may have some challenges to overcome before it attains a leading position in global esports, it is on the way to becoming the third-largest gaming market in Europe according to a recent Supercell/Wargaming digital gaming report. The continued growth in the video games and esports industries combined with increasing investment and the increasingly higher profile of esports on a global level may provide the fuel that Russia needs to achieve esports superpower status in future.