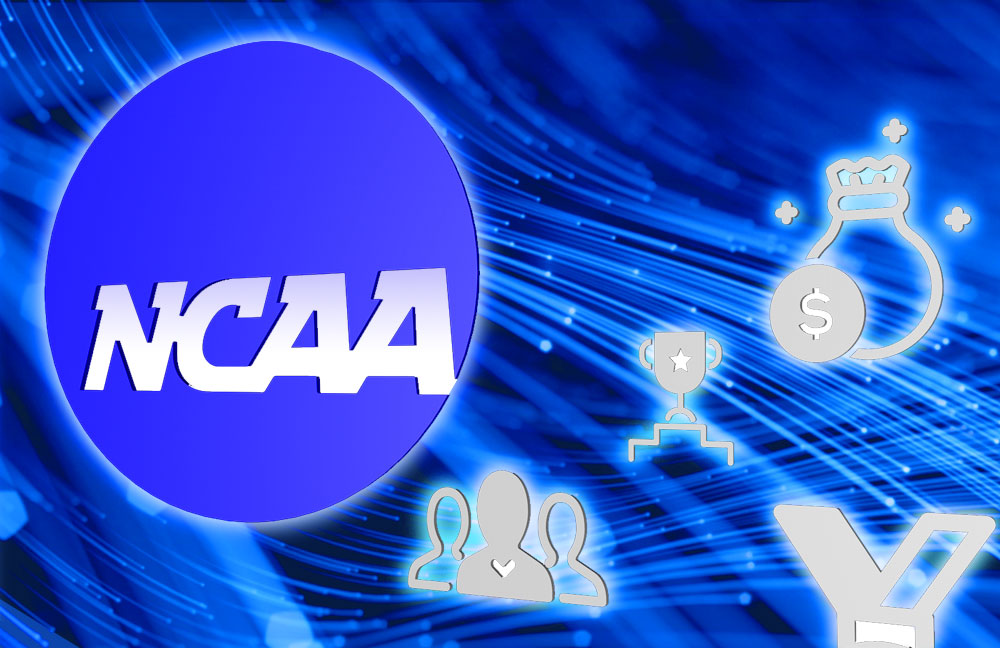 North American collegiate esports is growing at a rapid pace. Five years ago, the scene was comprised of just a small number of trailblazers, but today over 100 schools field varsity teams play for scholarships and valuable screen time on outlets like Twitch and ESPN. However, after months of evaluating the space and to the surprise of many, the NCAA announced in May that it had voted not to take a role as the governing authority for college esports leagues.

The NCAA’s reluctance to commit to esports became evident in January, when NCAA president Mark Emmett expressed immediate concerns about the content of games that are played in the collegiate leagues: “We know a lot of the content is hugely misogynistic,” he said, “We know that some of the content is really violent. We don’t particularly embrace games where the objective is to blow your opponent’s head off. We know there are serious concerns about health and wellness around those games.”

While appropriateness of content would seem to be the ostensible reason for NCAA’s decision, perhaps more significant obstacles to its involvement can be found in ‘Title IX’ and complications from IP ownership.

In order to qualify for federal funding, college sports must abide by the rules laid out in the Title IX of the Education Amendments Act of 1972. Per Title IX, “No person in the United States shall, on the basis of sex, be excluded from participation in, be denied the benefits of, or be subjected to discrimination under any education program or activity receiving Federal financial assistance.” At present, the ratio of male-to-female collegiate esports players is heavily male-skewed.

Low levels of female participation in collegiate esports may be due to low demand, or alternatively due to collegiate programs being allegedly inadequately accessible to female players. The latter would provide the NCAA significant reason to demur. At present, it is difficult to gauge how equitably each college recruits for esports teams due to the very limited number of successful long-term programs, but data available in the wider market does little to suggest a gender-balanced field. While the ratio is changing, esports is vastly more popular among males than females, and as such, demand from males for esports scholarships is much higher, and schools struggle to assemble co-ed esports teams.

Abiding by Title IX for traditional sports on campus generally requires that colleges offer male and female team options in proportion to attendance levels at the school. This is the reason that there are men’s basketball and women’s basketball divisions in the NCAA. Presently, few professional esports offer male and female leagues on the basis that that gender does not affect performance in video games. On the collegiate level, so far only Stephens College in Missouri has assembled an all-female scholarship esports team, and the team has yet to play in co-ed leagues.

IP ownership poses another significant hurdle for the NCAA. Unlike traditional sports which are based on “free use” games, the rights to esports titles are help by the developers and publishers that create them and control how the games are used in competitive settings. Riot Games and Blizzard Entertainment have developed their own ‘in-house’ college programs, called the Riot Scholastic Association of America and Tespa, respectively. These companies run the premier tournaments for League of Legends, Overwatch, Hearthstone, and Starcraft, awarding scholarships as prizes. Other organizations such as Collegiate Starleague and AVGL offer independent leagues and prizes for games that are not managed by the developers themselves, such as Dota 2, Smash Bros, and Counterstrike. This makes for complex ownership situations that are difficult to navigate and enforce top-down supervision, especially for an organization which is relatively new to the scene, as is the case with NCAA.

The reaction from students has been generally favorable. NCAA scholarship athletes are unable to receive revenue from sponsorships and tournament winnings, an issue which has been the subject of heavy debate over the years. Many college-aged esports athletes already maintain their own streams and partnerships that benefit them financially; these would likely have to be terminated should the existing North American collegiate model to applied to esports.

The major benefit to derive from the participation of the NCAA would an advocating organization that could help standardize campus esports. Many school teams such as Western University of Ontario are not officially supported by their universities; in fact, more student-run esports college organizations exist today than scholarship programs.

Should the NCAA enter the collegiate esports, it could lobby for institutional support on behalf of smaller club programs. Communication and relationships between schools, developers, and leagues would be smoothed out by necessity, and a more inclusive environment for male and female gamers could be fostered.

While it may have elected not to participate for now, it is highly likely that this decision will be revisited and reassessed in the future. In the meantime, the absence of the NCAA will provide other actors across and around the esports industry an opportunity to chart the future of collegiate esports.