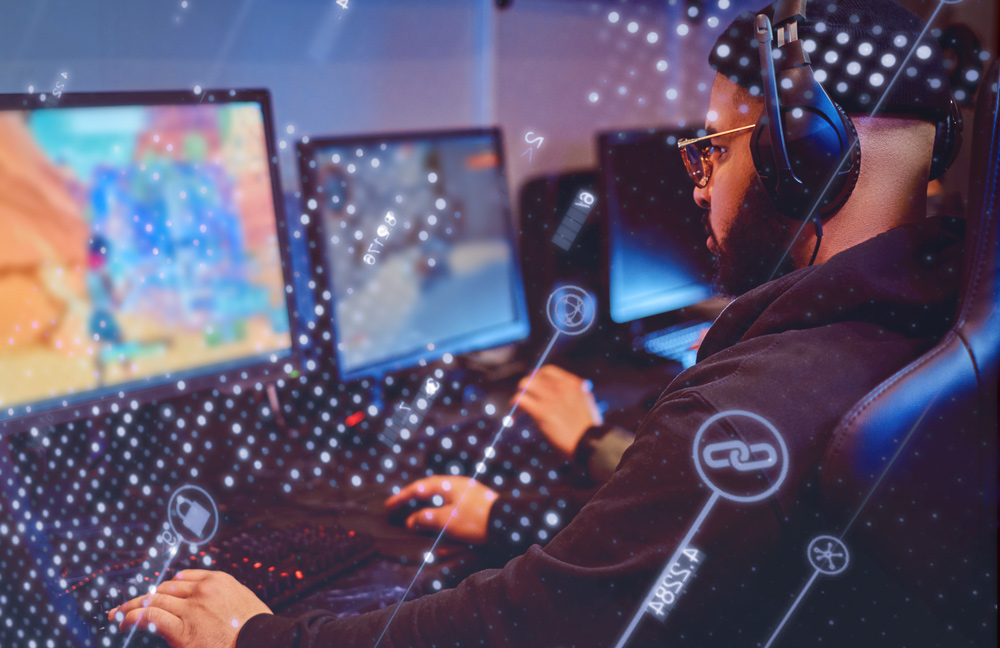 The billion dollar Esports industry is continuing its impressive growth. As such, game developers and companies continue to iterate on an already impressive suite of products that have kept players coming back for more. Yet, there are still major issues within the industry in regards to payments, security, and other areas that are ripe for disruption.

The decentralized infrastructure of blockchain networks could be the important next step in building upon the early success of Esports and help to take the industry to the next level. There are a wide range of areas in which blockchain networks could provide significant improvement to already existing Esports offerings, and create a synergistic relationship between the two industries.

Where Esports are Lacking

As a growing industry, Esports aren’t without their problems. And because the industry is already technology-based, it only makes sense that new technological advances will be what drives innovation in the Esports world. Here are a few areas in which Esports is struggling to find solutions:

Let’s see how these pain points can be improved upon via the use of decentralized, blockchain networks.

The eSports industry is bifurcated and lacks continuity among its users and game developers. Users cannot take their gaming statistics or usage with them from game to game, nor can game developers track players across the industry to increase efficiency and the ability to better market to their target audience.

A blockchain-based identity is a single, universal identity stored on the blockchain which can be used across the network. With a single identity stored on the blockchain, gamers have the opportunity to float in and out of their favorite games at-will. The blockchain records all gameplay information for a single user (pseudonymously, so that their true identity is never revealed), allowing users to have all of their gameplay data at the tip of their fingers. Concurrently, gaming companies can better target their customers by tracking users and providing in-game rewards.

Decentralized identities also reduce the risk of sensitive information being stolen from nefarious actors. Instead of a single, centralized entity storing user data and payment information, a blockchain-based identity is decentralized, meaning there is no single point of failure that hackers can use to access data.

One of the key elements in Esports is in-game purchases. The ability to purchase items within a game adds functionality and allows for unique gameplay. Using cryptocurrencies, players can make in-game purchases instantly. Exchanging cryptocurrency for virtual goods makes for a much smoother transaction with less friction. At the same time, blockchain networks can ensure the validity of unique purchases.

Through the use of non-fungible tokens (NFTs) new digital collectibles can be created, bought, and traded by anyone. Each NFT is completely unique and cannot be replicated or falsified. Therefore, by assigning NFTs to game items, players can rest assured that they are receiving the authentic virtual goods, thereby reducing fraudulent transactions. The same goes for trading virtual goods between players. The ability to buy and trade digital goods via blockchain networks makes for both a strategic and social element of Esports that cannot be replicated.

Currently, Esports tournaments are only available to the most elite players. In these situations, major sponsors front the money for payment, so there is no concern over the fairness of pay. Yet, Esports tournament play could be so much more than it is today. What if smaller tournaments were available to lower-level professionals and more casual gamers with cash prizes? These tournaments would need additional security and controls to ensure payments are made properly based on results.

This is where blockchain networks could come to help. By using smart contracts, prizes could be awarded automatically based on gameplay. It would then even be possible for anyone to host their own tournaments with prizes based on set parameters and inputs, thus opening the door to a much wider range of tournament play for all. Backers, a new blockchain-based platform, allows anyone to host their own gaming tournament.

Just like traditional sports, Esports provides fans the opportunity to bet on live action. However, because this is a relatively new phenomenon, many payment processors and credit card companies look down upon Esports betting and often reject gambling deposits

Cryptocurrencies are censorship resistant, and therefore can be deposited on any Esports betting platform. Furthermore, blockchain networks can ensure payments are processed quickly and accurately according to Esports outcomes. Blockchains lock bets into smart contracts, use oracles to accurately determine the outcome of an Esports event, and trigger contracts to pay-out winners based on these outcomes.

The relationship between Esports and blockchains isn’t something down the road, it’s already happening. Here are a few blockchain-based ideas that are already taking the Esports world by storm:

The Next Wave of Esports

With each passing day comes a new Esports game idea or improvement. This innovative industry is likely to explode given its creative nature and up-and-coming target market. Luckily, the pain points within Esports can be overcome with the help of blockchain networks. This will lead to the next wave of Esports, one that integrates the latest in decentralization and cryptography in ways never previously imagined.